Hammad Akbar, seller of the StealthGenie spyware app has been arrested in Los Angeles. The Birmingham shop owner came under FBI investigation after a previous indictment in Virginia.

Hammad Akbar, 31, from Lahore, Pakistan was arrested in September 2014 by the FBI in Los Angeles.

In October 2014, he was formally charged with conspiracy, and selling and advertising a hidden and untraceable interception device.

The FBI launched an inquiry into Akbar after authorities indicted him in Ashburn, Virginia where they found a data centre which hosted the spyware app ‘StealthGenie’.

A cross continental search began and the FBI were led to an IT shop on School Road in Hall Green, Birmingham called InvoCode, where Akbar was working. The store proudly advertised the “untraceable” app on its website.

Prior to the FBI’s involvement the spyware app was available for download on Android, Apple and Blackberry devices.

The app works in a frighteningly simple manner, all the user needs to do is “borrow” the phone of the person they wanted to spy on and download the StealthGenie app onto their device.

Despite the ease, there were costs involved, a platinum version of app cost £63- £127 per year. The platinum version would allow buyers to track nearly any movement or utterance of the target with remarkable accuracy.

After successfully downloading, the user could then use any PC with an internet connection, log into their secret profile and view their call histories, duration of calls and even hack into the victim’s GPS to locate exactly where the person was at any given time.

Calls within a 15 feet radius of the person spying could be remotely recorded as they were taking place along with hacking into e-mails, calendars and photographs.

The app itself on the phone would be invisible, avoiding being picked up by Android, Apple or Blackberry software. In the official StealthGenie video, their strap line is: “The world’s most powerful cell phone spy software.”

StealthGenie’s business plan was to create the app for people who believed their partner was cheating on them and wanted to keep tabs on where they were:

“According to our market research, the majority chunk of sales will come from people suspecting their partners to be cheating on them or wanting to keep an eye on them.”

However the advert shows a man spying on his daughter and his employee.

While parents, especially in the Asian community want to keep a close eye on their children and ensure they are safe, spying on their children is not the correct way to go about it, despite this advert showing the contrary.

The FBI also believe the app is extremely dangerous in the wrong hands. Speaking about the app, FBI assistant Director in Charge, Andrew Mccabe said:

“This application allegedly equips potential stalkers and criminals with a means to invade an individual’s confidential communications.”

It is not only unknown stalkers but also people closer to home. Activists working hard to prevent domestic violence believed this app when it was available for purchase in the hands of the abuser could have unfortunately made matters worse. 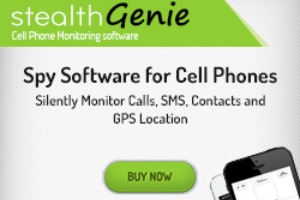 The abuser can hear phone calls and know if he or she was being talked about. Or know if the person they were abusing had reported the abuse to local authorities by seeing where they were going on the GPS.

Cindy Southworth of the National Network to End Domestic Violence, commented on the untraceable nature of the app: “The fact that it’s running in surreptitious mode is what makes it so foul.”

However Akbar has tried to absolve himself of any responsibility. In an e-mail from 2011, he stated: “When the customer buys the product, they assume all responsibility. We do not need to describe the legal issues.”

Despite this, there is no doubt the application is a clear breach of the law, as any spying software is illegal unless used within law enforcement.

As Akbar is the first person to be arrested regarding the advertisement and sale of a spyware app, the charge he will receive is not clear.

However with recent horror stories of photos being hacked from the Apple iCloud there is no doubt spyware technology is being used by the local public, unfortunately Akbar is not alone.

Perhaps Akbar’s arrest and charge will provide a catalyst to clamp down on spying, keeping people’s lives private.

Hammad Akbar is expected to appear before a judge in the Central District of California in November 2014.

Amarjit is a 1st class English Language graduate who enjoys gaming, football, travelling and flexing his creative muscles writing comedy sketches and scripts. His motto is “It’s never too late to be who you might have been” by George Eliot.
How to help Desi Parents understand Technology
Sony releases the PlayStation TV