Faryal Makhdoom has extended her support to the family of eight-year-old Zohra Shah who was shockingly beaten to death by her employers.

“I’m going to reach out to the family of #zohrashah"

Faryal Makhdoom has announced that she will be supporting the family of the eight-year-old Pakistani maid who was beaten to death.

The death of Zohra Shah sparked an outcry in Pakistan after she was beaten to death for releasing expensive parrots belonging to her employers.

On Sunday, May 31 2020, Zohra was taken to a hospital in Rawalpindi with serious injuries.

As a result of Zohra’s horrifying death, the Pakistani government has been urged to initiate changes to the country’s legislation concerning child labour.

“We will have a better picture once the [police] investigation is complete. Once we know for sure, we will take action.”

She also highlighted that Zohra belonged to a poor family who could not pay for her funeral. She said:

“In Shah’s case, the parents were so poor they were reluctant to take their child’s body back to the village as they did not have enough money for the ambulance or funeral rites.”

Chaudhry further added that the government paid for the cost of the funeral.

Taking to Twitter, the minister for human rights, Shireen Mazari announced that domestic work could now be classified as a “hazardous occupation” for children.

This will mean children will not legally be allowed to be employed as any type of household staff member.

However, because Zohra came from an underprivileged family, she was made to work as a housemaid.

Speaking about the same, Faryal Makhdoom has criticised child labour in Pakistan.

“On another note … can we please speak about this???” before sharing a screenshot of the announcement of Zohra’s demise. 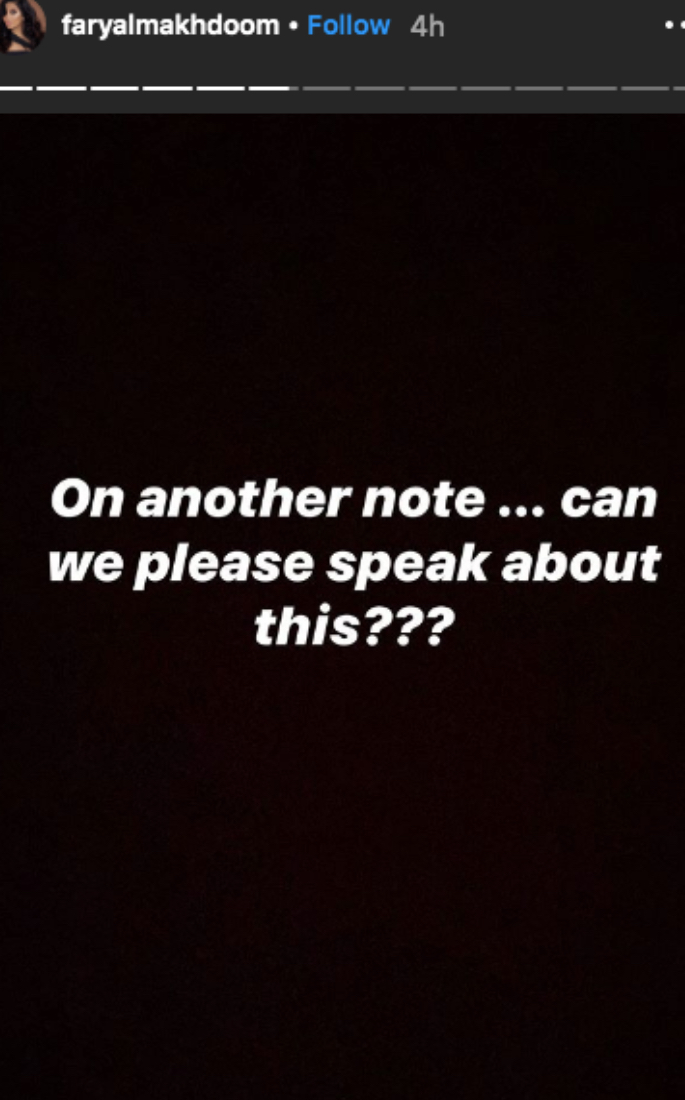 She continued to mention why Zohra was mercilessly beaten to death. She said:

“This poor 8 year girl who works cleaning houses and tending to wealthy Pakistani families chores accidentally let two of the family parrots lose and the couple found out and beat her to death… WOW #justiceforzohrashah.” 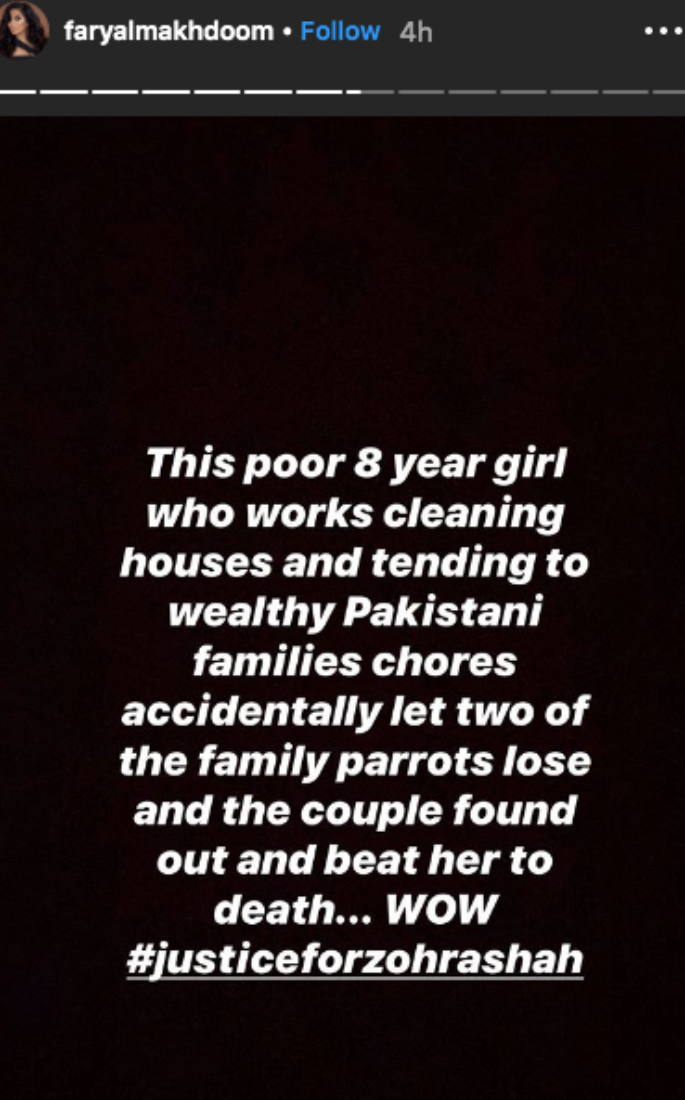 Faryal went on to vent her frustration saying:

“They should get arrested straight away!!!” 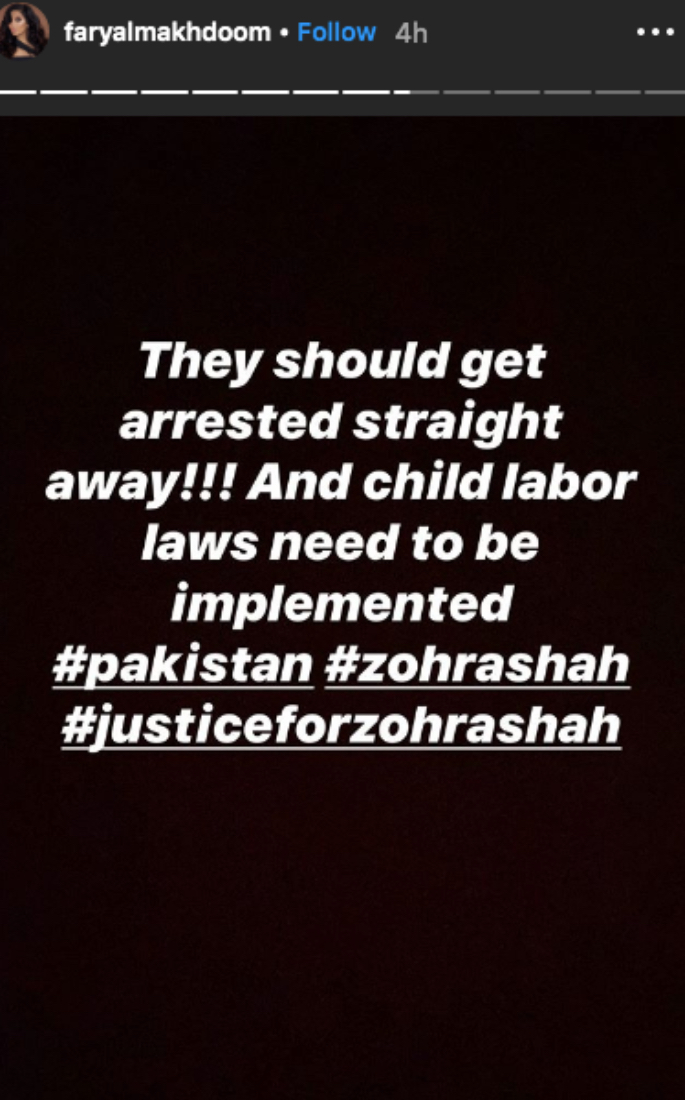 Faryal Makhdoom further added that she will be supporting Zohra Shah’s family so they do not need to send their daughters to work. She wrote:

“I’m going to reach out to the family of #zohrashah and do whatever I can do to help them and make sure they never have to send their daughters to work again.

“I’m going to support her family.” 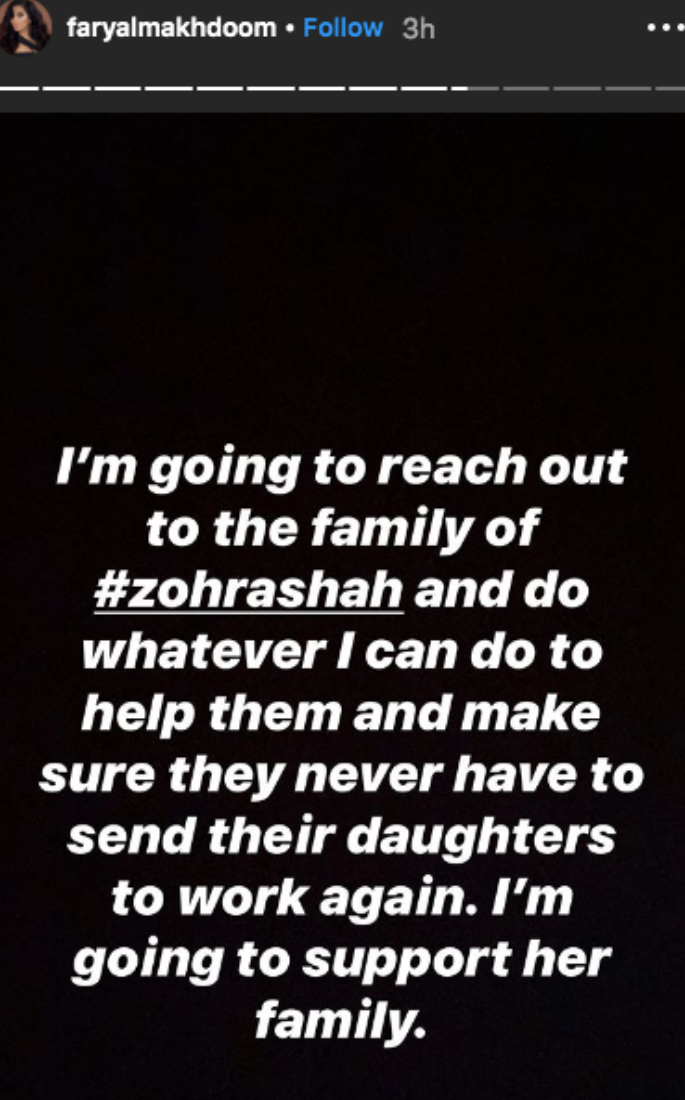 Unfortunately, child labour is still prevalent in Pakistan. Zohra Shah’s shocking death could see a change in the country.

Ayesha is an English graduate with an aesthetic eye. Her fascination lies in sports, fashion and beauty. Also, she does not shy away from controversial subjects. Her motto is: “no two days are the same, that is what makes life worth living.”
Man got Brother to Pose as Him to Avoid Paying Child Support
US Blogger accuses Pakistani Minister Rehman Malik of Rape