Does the iPhone 6 appeal to British Asians?

They have finally been unveiled! Are Apple’s iPhone 6 and 6 plus the handsets to buy for British Asians? Join us as we give you the lowdown on how they may or may not be right for you.

“I can’t believe the cheapest iPhone will cost over £500!”

After many long months of speculation and internet rumours, Apple have finally unveiled the long awaited iPhone 6 and 6 Plus on September 9, 2014.

A lot of the fuss online over the past few months were rumours on what the iPhones will look like, how much they will cost and what the features will be.

DESIblitz gives you the information on what the newest iPhones have up their sleeves and asks if they will be the right phone for British Asians.

To begin with let’s start with the facts, on September 9th 2014, in Cupertino, CA, Tim Cook and the rest of Apple had gathered into a large white cube-like building along with many journalists and unveiled their latest creations; the iPhone 6 and their phablet styled phone called the iPhone 6 Plus. 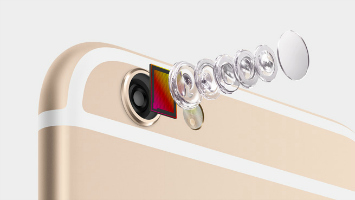 Both phones will be available to buy on the 19th September and can be pre-ordered from September 12th, 2014.

The big price is something that Rani, a tech lover, has an issue with: “I can’t believe the cheapest iPhone will cost over £500!”

The news does not get any better for Apple lovers on a budget, with Apple’s first phablet phone, the 5.5 inch screen handset costing a minimum amount of £619 for a 16GB version, while the largest version of the handset costing £789 for a 128GB model.

On the bright side, the new iPhones will have focus pixels to accompany the iSight feature, resulting in better pictures.

However, an outraged Apple lover, Kiran said: “Apple are not thinking about all their consumers, they are pricing themselves out of the smart phone market!”

Jaspreet, another apple fan said: “I already have an iPad, why would I spend £789 on smaller version of that, I could buy a used car that would be much more practical than this phablet!” 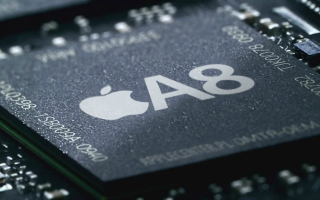 It seems as if Apple have taken one step forward in creating a phablet but one step back, by not giving the iPhone 6 a full HD display.

This comes at a time where Samsung and Sony have worked hard to create a wide range of handsets with a full HD display using their infamous Bravia and super AMOLED technology and have a full HD display as standard.

However, it’s not all doom and gloom for Apple fans, there will be a new A8 chip and M8 motion compressor, giving users a powerful and fast processor capable of handling the toughest of tasks. Bal, an iPhone lover said:

“I can’t wait to put the new iPhone 6s through their paces, the A8 chip is going to be great!”

Also with the potential of Apple Pay in the works, it seems as if Apple are not only finally adding NFC connectivity to their phones but also making good use of it, by allowing the user to pay for items using their phones and not their debit or credit cards.

However, this will not be immediately a part of the iPhone 6s’ being released in the UK, a date for the use of Apple Pay in the UK is currently unknown.

Apple have been working hard to create another new iPhone, while they have gone bigger, are they better than what else is out on the smartphone market and what will come out in January 2015?

Perhaps the constant pressure on Apple to provide ground breaking phones every year has taken its toll on the company and will see the iPhone 6s as something British-Asians can do without.

Amarjit is a 1st class English Language graduate who enjoys gaming, football, travelling and flexing his creative muscles writing comedy sketches and scripts. His motto is “It’s never too late to be who you might have been” by George Eliot.
India opens Internet De-Addiction Centres
The 10 Most Expensive Cars of 2014