A vegan has revealed how he was left “mortified” after he was served lamb at Dishoom in Shoreditch, London.

"I had a few chews and I realised it was lamb."

A vegan has revealed that he was served lamb and then yoghurt at Dishoom, leaving him feeling “sick” and “mortified”.

Ed Hopkins and his girlfriend decided to visit the popular restaurant in Shoreditch on November 20, 2021.

He explained: “I was mortified, it was this horrible feeling.

“I haven’t had an animal or animal product in my mouth for nearly five years – I went vegan on January 1, 2017.

“The main thing is I love animals and there’s no reason for us to eat them, they are beings that have as much right to life as we do.

“It was quite upsetting because obviously, you’ve got a dead animal in your mouth.”

He says he ordered from Dishoom’s separate vegan menu but was served a lentil dish with lamb.

“They brought out four plates and said ‘here you go, here’s what you ordered’.

“I didn’t know what was what but I knew it was from the vegan menu so I tucked in.

“And there was this one thing that I thought was a lentil daal sort of thing that you spread on these buns, and I had a few chews and I realised it was lamb. 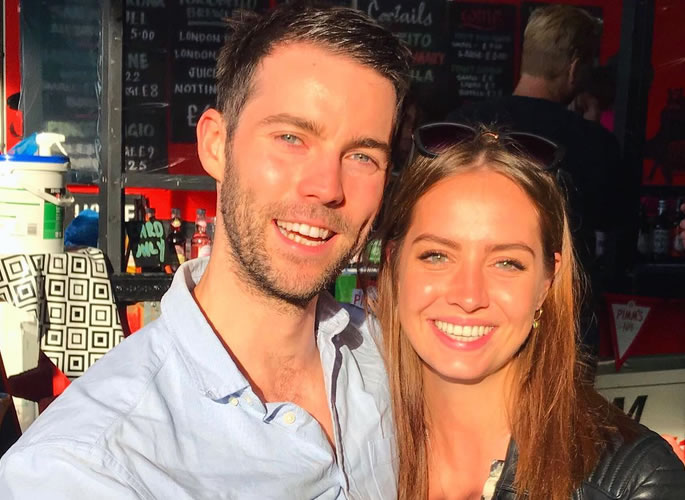 After realising the dish was not what he ordered, he felt unwell.

Ed told MyLondon: “I felt sick, it was a horrible feeling as soon as I realised that I’d eaten part of a lamb.”

According to Ed, he told the waiters about the error, but they did not seem “fussed”.

“I was very respectful, and I know they have busy hard jobs and I know people who work in the service industry are fantastic.

“[The waiter] said ‘what’s wrong?’ and I said ‘I’ve ordered from the vegan menu and I’ve just eaten lamb’ and he was like ‘oh yeah sorry, I’ll get you the right thing’.”

He then spoke to the manager, who apologised to the couple and offered them a complimentary meal, however, they were in for another surprise.

Despite the manager briefing the waiting staff to ensure the mistake did not happen again, Ed and his girlfriend were served another non-vegan dish.

“We then ordered again very specifically from the vegan menu and the House Chaat was delivered to us and it was full of dairy yoghurt – they’d done it again.

“It happened twice in the same meal despite staff having been briefed.”

“That was pretty poor, I was quite shocked at that.”

They spoke to the manager again, who blamed the errors on staff shortages.

“He apologised and said ‘this isn’t up to standard’.

“He said that like many restaurants they had been suffering with the staff shortage, blaming Brexit, blaming all sorts of things, and said, ‘this should never happen,[I’m] very sorry,’ and gave us some vouchers.

“The main reason I [spoke to management] is that I didn’t want this happening to anyone else.

“People who don’t eat meat because they are vegan or vegetarian or for religious reasons, I think that’s very important that those sorts of things are respected.”

The couple’s vegan order eventually arrived and they enjoyed their meal.

A spokesperson for Dishoom said: “We had a guest visit Dishoom Shoreditch on Saturday afternoon who sat at the bar and ordered some dishes from our vegan menu.

“This is not unusual for us – we have a dedicated vegan menu and many of our guests are vegan.

“We serve people with a wide range of dietary requirements and all our team are trained extensively in how to handle these.

“We follow the strictest protocols around food safety and allergen handling and are advised and audited by leading safety experts.

“However, on this occasion, unfortunately, new team members were confused by the table numbers for people eating at the bar, and accidentally took wrong orders to this guest.

“The manager was extremely apologetic and embarrassed and ensured he didn’t pay for any of his visit.

“They also invited him back for another meal on us to apologise.

“The manager also sent a report to the whole team, to make sure that all procedures were being followed correctly.

“We completely understand how serious this is, and how upsetting it must have been for a vegan guest to be served meat and dairy dishes.

“We’re deeply sorry that this happened and we will do everything we can to ensure that this doesn’t happen again.”

Dhiren is a journalism graduate with a passion for gaming, watching films and sports. He also enjoys cooking from time to time. His motto is to “Live life one day at a time.”
Influencers SoniaxFyza Under Fire after Racist Rant
Teenager smashed into Former School armed with Knives