Did Shah Rukh Khan and Gauri have Three Weddings?

The relationship of Shah Rukh Khan and Gauri Khan is a truly inspirational one. Yet, what many do not know is that the couple got married three times.

Are an example of how love is truly unbeatable.

One of India’s much-loved couples Shah Rukh Khan and Gauri Khan are the epitome of love conquers all and it turns out the couple had a total of three weddings.

Shah Rukh Khan and Gauri Khan have been married for a total of 29 years and there is no doubt that they continue to provide their fans with major couple goals.

However, it has not always been easy for the sweethearts who have endured hurdles along the way.

SRK and Gauri met when they were 19 and 13 respectively and shortly after their love for one another began to blossom.

Despite wanting to get married, the couple had a barrier between them which was religion.

SRK is a Muslim while Gauri is Hindu. Interestingly, Shah Rukh Khan went five years without revealing his religion to his other half’s parents.

However, as the saying goes love triumphs all and this was certainly the case for SRK and Gauri.

After gaining the acceptance of their families, the happy couple decided to tie the knot.

Typically, couples plan their big wedding day which is a one-time affair. Although, this couple got married not once but three times. 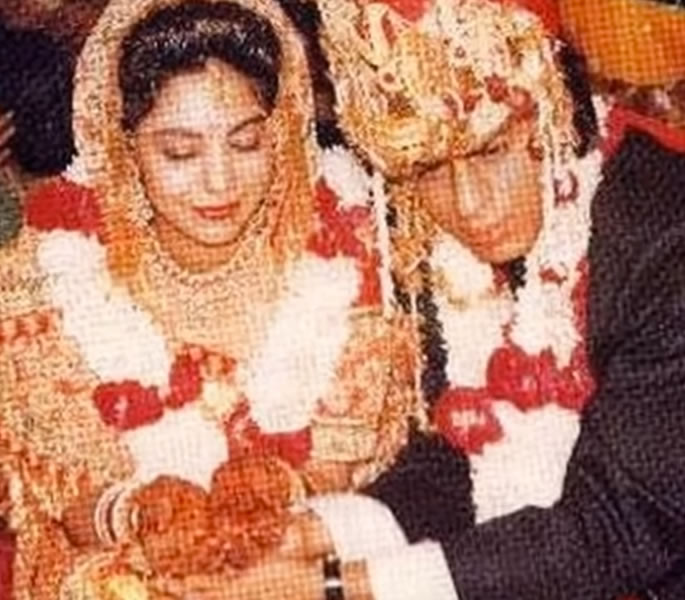 Firstly, Shah Rukh Khan and Gauri Khan registered themselves for a court marriage.

After that, the nikkah ceremony followed on August 26, 1991. Approximately, two months later, on October 25, 1991, the couple had a Hindi wedding ceremony.

This is how the couple got married three times over.

Known as the King of Romance in Bollywood who steals hearts with his on-screen performances, SRK is also the same in real life.

He is a loving husband and a doting father to three children including Aryan Khan, Suhana Khan and AbRam Khan.

Alongside setting major couple goals, the Badshah of Bollywood also sets an example as a loving father.

There is no doubt Shah Rukh Khan loves his dear family the most.

His wife Gauri Khan regularly shares glimpses of their life. The couple continues to steal the attention on the red carpet with their amazing chemistry.

Also, the family’s adorable photos are certainly worth a look as their bond shines through.

Shah Rukh Khan and Gauri Khan are an example of how love is truly unbeatable.

The couple had the chance to repeat their vows three times and we hope to see Bollywood’s favourite couple time and again proving love is forever.

Ayesha is an English graduate with an aesthetic eye. Her fascination lies in sports, fashion and beauty. Also, she does not shy away from controversial subjects. Her motto is: “no two days are the same, that is what makes life worth living.”
Dharmendra says ‘Coronavirus is the Result of our Bad Deeds’
Salman Khan reworks ‘Maine Pyar Kiya’ Kiss for Lockdown