B-Town power couple Shahrukh Khan and wife, Gauri, are expecting their third child via surrogacy. They have been hit with controversy however, after being accused of having illegal prenatal sex-determination tests in India.

"There cannot be one rule for the rich and one for ordinary people."

It has been reported that the Bollywood royal couple will be expecting their new child via a surrogate mother. The decision for surrogacy was made by Gauri.

Shahrukh has come under swift criticism however, after it emerged that he discovered the gender of his unborn baby before he was supposed to.

It is rumoured that a family friend had revealed that the couple were expecting a boy. Human rights members and NGO’s have named and shamed the superstar on gender inequality and gender preference.

The National Inspection and Monitoring Committee in India have complained that sex selection is prohibited and have filed a legal complaint against the star. They have also listed Shahrukh and Gauri’s doctor as guilty of the same crime. 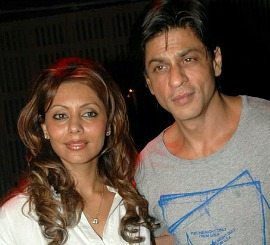 It is thought that Shahrukh consulted the sane surrogacy doctor that Aamir Khan and Kiran Rao did before the birth of their baby, Azad.

Both Shahrukh and his doctor have declined to comment in the matter, with Shahrukh’s personal aide saying: “We are not commenting.”

Varsha Despande, founding member of Lek Ladki Abhiyan said: “Though we are a fan of Shahrukh Khan and we appreciate his acting, we are sorry to say from the Lek Ladki Abhiyan dias that he is revealing the sex of the child, who he is expecting in July.”

“If he knows that he will have a son this means he has misused the technique. He should be punished for this. He should be sent to jail for 5 years and should be made to pay a fine of Rs 50,000 fine.”

“Our officials went to his residence. They were told by Shahrukh’s business manager that the actor has not made any statement on expecting a baby boy through surrogacy.” 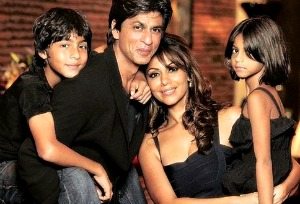 The severe controversy has now been launched onto an international stage as prestigious media outlets across the globe have used it as yet another example of India’s sex-selective abortion dilemma.

Tests to determine the sex of the baby have been banned in India to prevent the regular termination of female foetuses.

The high number of female foeticides and infanticides is one of the dark consequences of India’s cultural preferences of boys over girls. A study carried out in Canada insisted that on average, 500,000 female foetus’s are terminated each year because of sex-selective abortion.

To curb the high percentage of male births in many of India’s districts, the Pre-conception and Pre-natal Diagnostic Techniques Act (PCPNDT) was created in 1994. The Act which bans any prenatal sex-determination tests for expecting couples was introduced to stem the tide of sex-selective abortions in India.

PCPNDT Coordinator, Dr Jignesh Thakkar said: “We have written to the state health department to find out how the actor came to know about the unborn child’s sex when sex determination is illegal in India.” 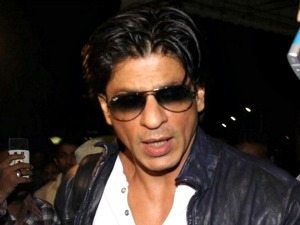 It is thought that the Health Minister of Maharashtra has requested officials to look into the matter, after he received confirmation from the Indian Radiological and Imaging Association (IRIA) via email.

An IRIA spokesperson insisted: “We’re demanding an inquiry, asking for the truth. We want to know who said what to whom. These rules are applicable to one and all. There cannot be one rule for the rich and one for ordinary people.”

What the consequences will be if Shahrukh is found guilty, is still unclear however. The surrogate mother is very close to the end of her pregnancy which has made any abortion concerns impossible, however he may still be formally charged for breaking the law.

Ratika Kapur Puri, the Chair of The Angeli Foundation in the UK which strives to abolish gender inequality and female foeticide said:

“I sincerely hope that these reports are not vindicated. Shahrukh and Gauri Khan are role models for millions of young people around the world.” 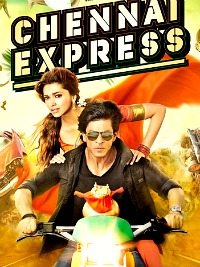 “When such a story breaks, it has a damaging effect on the efforts of hardworking charities like The Angeli Foundation who constantly strive to abolish such outdated practices. However, we will not be deterred in our efforts to raise awareness and hope that these reports are untrue,” she added.

Shahrukh and his wife, Gauri, already have two children together, Aryaan aged 15 and Suhana aged 13.

While the superstar is no stranger to controversy, it is interesting that the scandal has emerged just after he was voted ‘India’s Most Popular Father’.

In addition, the official trailer of his next film project, Chennai Express, where he stars alongside Deepika Padukone has also just been released.

While the superstar has hit a hurdle in this current human rights scandal, he has been famously celebrated for his humanitarian work across India. This includes being a board-member of the country’s Make-A-Wish Foundation, and contributing to the Light A Billion Lives program where he adopted five Indian villages and provided them with solar power.

This is just a few of Shahrukh’s activist projects. He was even honoured for his efforts in 2012 when he was presented with the Chubb Fellow Award for leadership by Yale University.

The outcome of this current scandal has yet to unfold, and whether Shahrukh or Gauri decide to comment on the matter also remains to be seen.

Aisha is an editor and a creative writer. Her passions include music, theatre, art and reading. Her motto is “Life is too short, so eat dessert first!”
Shortcut Romeo ~ Review
Raanjhanaa ~ Review