Bollywood actor Dharmendra took to social media to praise his son Sunny Deol and wife Hema Malini on their wins in India’s elections.

Following Prime Minister Narendra Modi’s win at the 2019 elections, the actor took to social media to praise his two family members, both of which are Bharatiya Janta Party (BJP) candidates.

Actor-turned-politician Sunny Deol was the candidate for Gurdaspur. He contested the seat against Congress leader and sitting MP Sunil Jakhar.

All 13 constituencies of Punjab went for voting in the last phase of the Lok Sabha elections on May 19, 2019.

Deol managed a huge win over his opposition, defeating Jakhar by more than 82,000 votes.

Shortly after the announcement of his win, Deol said:

“I am very thankful to all. I will work for the betterment of people. Everyone has supported me a lot and I hope I will keep getting this support.” 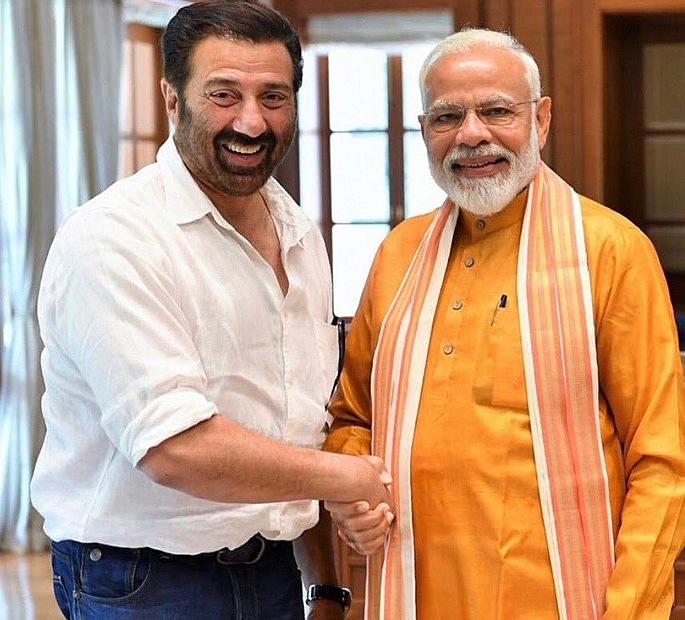 Minutes after commending his son, Dharmendra congratulated his wife Hema who contested against Narendra Singh of the Rashtriya Lok Dal (RLD) and industrialist Mahesh Pathak of Congress from Mathura.

Hema , Congratulations. We love Mother India ?? we have proved in Bekaner and Mathura. We will keep our ?? flying………always ? pic.twitter.com/utQnUZ5QUj

Esha Deol also congratulated her mother for her victory. She wrote:

It was the largest election in the world, with 900 million registered voters taking part in seven rounds of voting.

The BJP was well over the 272-seat majority while the main opposition, Congress Party, had won less than 100 seats.

“I would like to congratulate PM Modi and the BJP.”

Many Bollywood stars sent messages of congratulations to Modi and are supporting him in creating a better future for India.

“We stand by you in building a stronger India.”

Varun Dhawan looked forward to India’s future under his guidance.

The country has decided congratulations hon prime minister @narendramodi sir on your victory. Looking forward to the future under you guidance and leadership where all Indians move ahead together #JAIHIND

“All your efforts to advance the nation and put it on the global map have been acknowledged.”

“Wishing you an even more successful second term.”

Modi is one of India’s most polarising leaders and it is evident that he has the support of many Bollywood stars.

Dhiren is a journalism graduate with a passion for gaming, watching films and sports. He also enjoys cooking from time to time. His motto is to “Live life one day at a time.”
Kareena doesn’t Allow Taimur to Eat or Drink Outside
Varun Dhawan to marry Natasha Dalal in December?