The ‘Destiny Effect’ ~ Are Multiplayer Games taking over?

Following E3 2017’s reveals, DESIblitz argues that an overemphasis on multiplayer games as a feature may be leaving single-player experiences in the dust.

Multiplayer experiences are being front-loaded in the industry, and to its arguable detriment.

Both single and multiplayer games are important to the gaming medium.

They excel at doing different things and draw in countless numbers of different people into what often becomes a hobby. They are vital parts of video gaming.

Yet E3 2017 saw a trend that appeared somewhat troubling in this regard. Certainly, it wasn’t one without significant exceptions, but still noticeable all the same.

This trend linked to an arguable overemphasis on multiplayer or quasi-multiplayer games. Whether it be Anthem, Skull & Bones, or countless other games, multiplayer became a key focus of E3 2017.

The trend manifested itself in a number of ways, but the end result was the same. More and more multiplayer experiences are being front-loaded in the industry, and to its arguable detriment.

One could argue that the increasing choice for multiplayer games derives from titles such as Destiny. While it received mixed reviews, the game enjoyed a profitable launch and witnessed millions playing online.

However, multiplayer does not make a game better on its own, zero-sum. Yet from E3 2017 alone, you’d almost be forgiven for forgetting that.

Let’s take a look at how gaming could be suffering from the ‘Destiny effect’. 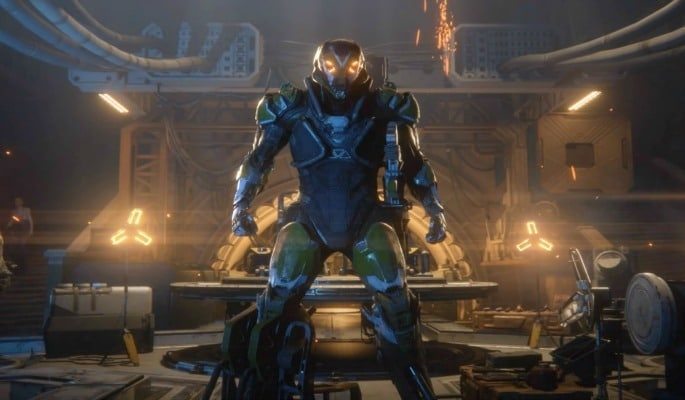 Perhaps the biggest announcement of E3 2017 for many was Anthem. From Mass Effect creators’ BioWare, Anthem immediately caught people’s attention. Made only more so when its initial teaser appeared rather vague.

Then came the full demo at Microsoft’s conference. The company revealed that Anthem is a multiplayer game similar to Destiny or The Division. That these two games are the closest comparison look troubling enough.

Integrating multiplayer into single-player worlds has become a major focus of this console generation. Yet it so far remains without success.

The game world in many ways becomes a menu and an inefficient one at that. Meanwhile, world events and features have tended to become trivialised or immersion-breaking due to the realities of multiplayer.

These types of games still have their fans, of course. Certainly, multiplayer does bring some perks. Yet it’s hard to argue that the multiplayer element helped these games’ world-building efforts.

That’s why Anthem’s multiplayer focus is so troubling. Integrating multiplayer into what would otherwise be a single-player world seems a nice idea. But gamers have been burned recently and repeatedly enough to know it’s not, nor ever, as simple as that. 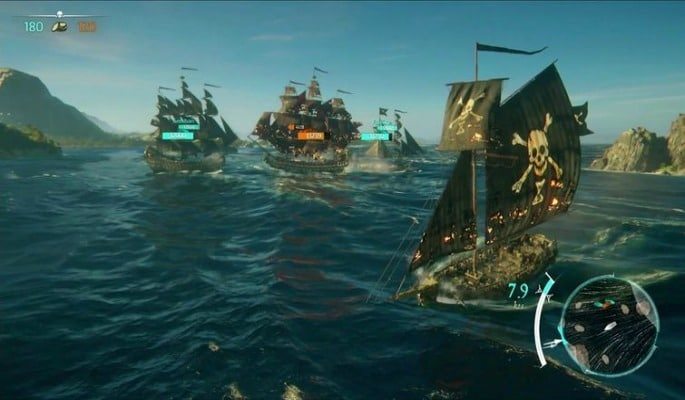 Another area where E3 2017’s multiplayer focus showed itself was Ubisoft’s announcement of Skull & Bones.

Admittedly, this trend appears less clear-cut here than with Anthem. All the same, though, it is clear that with this game Ubisoft took what worked in Assassin’s Creed: Black Flag. But, instead of fashioning it into an even bigger pirate single-player experience, they applied it to multiplayer.

Maybe it was to try something new. Or perhaps this is a game that people have been clamouring for. Yet either way, Ubisoft decided, at some point, to make a multiplayer game over a single-player one.

This is made somewhat worse by the fact that Sea of Thieves is also multiplayer. For the foreseeable future, this genre setting in games is devoid of triple-A single-player experiences. Barring previously released games like Black Flag.

More significantly, it is questionable whether this multiplayer focus will help the game. One needs to look only as far as this year’s For Honor to see how multiplayer outings can quickly lose their replayability, and thus, their players.

This isn’t to put Skull & Bones down, nor to attack those that are excited about the game. It could thrive. Yet, it is hard not to be disappointed that Ubisoft did not elect to make this pirate game a fully-fledged single-player experience.

If nothing else, their decision against single-player says a lot about the current priorities of the industry.

Some Exceptions to the Trend 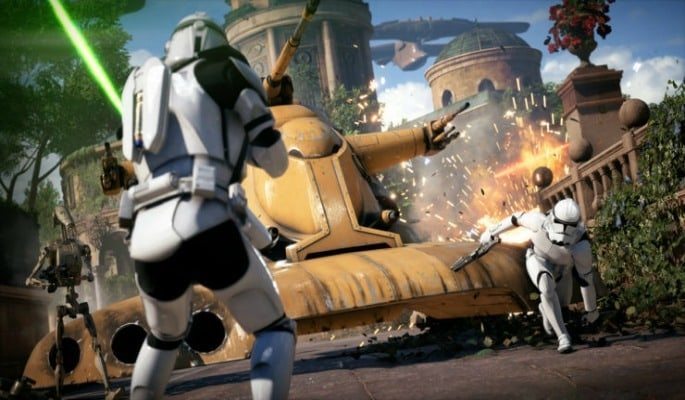 We should stress that there are numerous games at E3 2017 with a significant single-player focus.

Sony’s conference unveiled a new dark RPG called Vampyr. Bethesda also revealed that the single-player shooter Wolfenstein would make a comeback with New Colossus. Equally, Nintendo announced a number of single-player games for their library too.

This trend isn’t without exceptions, then. Indeed, this year has perhaps even seen an improvement on this issue with Star Wars: Battlefront 2’s single-player component.

But, to use the Star Wars licence again, one could question why a single-player game of the franchise has not been released. Whilst there is one in development, the focus has clearly been on making multiplayer Star Wars games first.

Of course, perhaps this is irrelevant. Multiplayer games are not necessarily worse than single-player. But they do carry some niggling issues.

In regards to Destiny, while it found initial success, the game received criticism for its story and game design. Of which they hope to rectify with the upcoming sequel. But it seems this ‘Destiny effect’ has already made a massive influence in gaming.

It seems clear that multiplayer games are dominating the industry without thorough consideration for what they can and cannot do.

This remains the heart of the issue. Multiplayer games can do much, but what they cannot do, and certainly not consistently, is to immerse players in a way that only single-players game can. Nor can they often hold a player’s attention over numerous weeks in the same way that a good and extensive single-player experience can.

The likes of Skyrim, Fallout, The Witcher 3 and countless single-player games have all excelled in this. At E3 2017, it almost seemed like all the major publishers and developers forgot these games and their lesson.

Time will tell if this ‘Destiny effect’ will change.

Do you agree that there is an overemphasis on multiplayer games? Be sure to vote in the poll below.