The first song from Gehraiyaan, ‘Doobey’ has been released. Deepika Padukone and Siddhant Chaturvedi engage in an illicit affair.

"We wanted to recreate the feeling of freefalling"

The music video, which was released on January 24, 2022, features the duo exchanging glances and trying to hide their romance from their partners.

Written by Kausar Munir and sung by Lothika Jha, ‘Doobey’ is composed by OAFF and Savera and designed by Ankur Tewari.

“From the onset, I knew that the music of Gehraiyaan had to be true to its story and allow the audiences to be absorbed into the world of these characters.

“Kabeer, Savera and our lyricist Kausar have all done a phenomenal job at bringing in the youthful essence yet keeping the intrigue intact.

“And Lothika’s vocals add the right amount of freshness and intensity to the song.”

“It was an incredible experience to work on this film and its music.

“The adoration that we have been receiving since the first teaser, has been extremely special and humbling.

“With Doobey, we wanted to recreate the feeling of freefalling; the heady rush of a new relationship, of being in love.”

Directed by Shakun Batra, Gehraiyaan is a relationship drama that looks beneath the surface of complex modern relationships.

Gehraiyaan stars Deepika as Alisha, Dhairya as her boyfriend, Ananya as her cousin Tia and Siddhant as Tia’s fiancé Zain.

“The trailer scratches the surface but there is a lot more than meets the eye.

“At the face of it you might think it is a film about infidelity-based relationships but it is not just that.

He added that Gehraiyaan is one of its kind and said:

“It is a film that you have not seen.”

Gehraiyaan will have its world premiere on February 11, 2022, in more than 240 countries and territories worldwide. 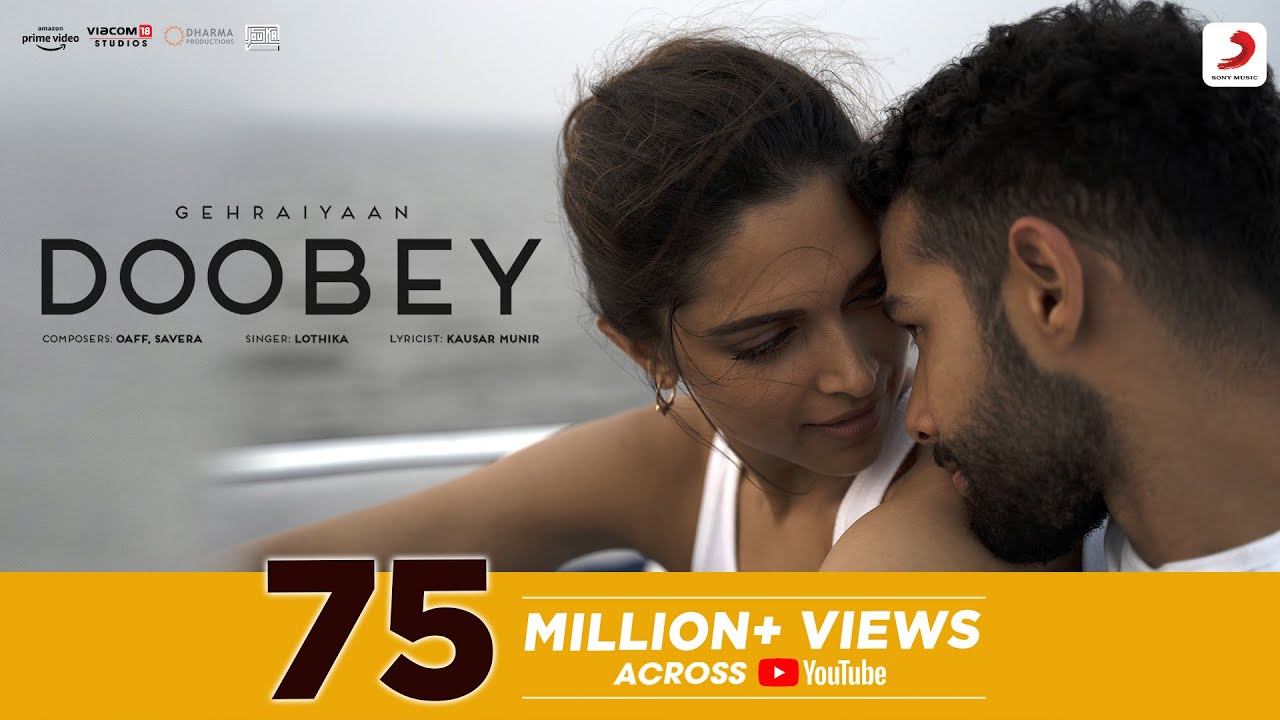