The male dominance in the restaurant kitchen is a worldwide phenomenon

Following Home Secretary Jacqui Smith’s announcement that rules on foreign workers entering the UK will be tightened and the ‘shortage occupation list’ to remove chefs from the list, the UK curry restaurant trade is beginning to feel the impact of these changes.

Ministers have suggested that they plan to force restaurants and takeaways to recruit chefs from people already resident in the UK or elsewhere in the EU. Such action would conflict against the recommendations of the Migration Advisory Committee and would stop ethnic restaurants from recruiting skilled chefs from overseas.

Skills Minister Sion Simon has suggested that ethnic restaurants should look to plug the gap by recruiting women from within their own communities to work in professional kitchens. This comment has been described as ridiculous by restaurant owners, who feel that the minister quite clearly underestimates the expertise required to be a professional chef and to run a commercial kitchen.

Jabbar Khan, founder and director of the award winning Lasan Restaurant in Birmingham, UK, states in a recent press release that the views of the minister will not cut it in the professional kitchen. Jabbar says that the art of mastering cooking professionally, especially Asian cuisine requires at least 3-5 years under supervision of a qualified and experienced chef.

The male dominance in the restaurant kitchen is a worldwide phenomenon and not one that is purely representative of South Asian kitchens. 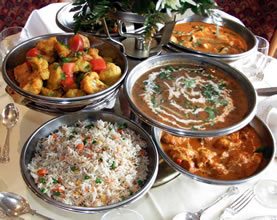 Jabbar feels that Asian women are not actively seeking employment in ethnic restaurants and that high unemployment levels within Asian women and also their white British contemporaries from the deprived inner cities is a result of number of factors, i.e. lack of skills and qualifications, cultural inhibitions and the easy accessibility to social financial benefits. Something not caused by the hospitality industry but more out of choice or social factors.

Khan states it is unfair to expect small business to have the luxury of trainees and apprentices when they are struggling to find skilled individuals to make up the core team in order for the business to operate. Most small businesses struggle to survive beyond year one, let alone wait for their team to be fully qualified.

Jabbar says the employing staff from overseas was the only lifeline granted to this desperate industry that has never relied or received support as many other sectors have and continue to do so. All the sector has ever asked for is that the shortages of skills are acknowledged by government and that the necessary policies are in place to support, not hinder the survival of the industry.

The curry industry in the UK is worth approximately £3.5bn every year. 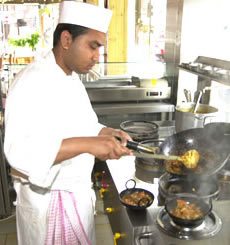 Many restaurants are struggling due to the weak pound and the impact of the recession whilst at the same time finding it difficult to recruit suitably qualified chefs. Enam Ali, chairman of the Guild of Bangladeshi Restaurateurs, says 150 ethnic restaurants have closed this year.

The government has agreed to discuss the crisis of the chef problem. Giving a chance for ministers to meet Indian, Bengali and other restaurateurs who are protesting that the new rules mean they are struggling to find skilled chefs.

One proposal being put forward to the government by Bajloor Rashid, head of the Bangladesh Caterers’ Association, is to establish an official curry college in London with a new specialist qualification in Asian cuisine.

Therefore, this growing problem does need a rethink from the government. Otherwise, if a suitable resolution is not found it is likely the skills shortage gap will widen, forcing more and more restaurants out of business or seek the services of staff not meeting the required experience or qualifications.

What are your thoughts on this problem? Do you eat out at curry restaurants often and if so, would you still dine out if the food was not made by traditional ethnic chefs? Share with us your views on the chef shortage.