Fallout 4 and Call of Duty: Black Ops III are arguably the most anticipated games of 2015. DESIblitz pins them against each other to see who will win.

Two highly anticipated games, Call of Duty: Black Ops 3 and Fallout 4, are all anyone’s been talking about this month, whether it is the online blogs or gamers themselves.

DESIblitz explores these two games, pitting them against one another to see which one will win.

If you haven’t heard of the Call of Duty franchise, then it’s hard to know what rock you’ve been living under for the past 12 years.

It’s arguably one of the most famous gaming franchises out there and Black Ops III is the 12th installment. This futuristic first person shooter is one of the most highly anticipated games for 2015, with fans anxiously waiting for its release.

Next contender is Fallout 4, an open world action role playing game. This would seem like an odd pick for popularity, however with a backdrop of nuclear warfare and a need to survive.

This Fallout franchise’s popularity has skyrocketed as fans have been eagerly waiting with fiery anticipation for this game’s release. This post apocalyptic survival game is a strong contender, but which will come out on top? 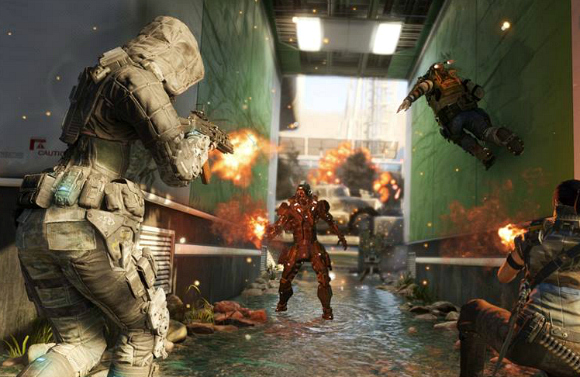 Both these games have enjoyed record opening weekends, making over $1 billion (£655 million) combined on their opening days.

Black Ops III made $550 (£361) million in the the first three days of its release, outperforming last year’s Advanced Warfare.

Fallout 4, however is the bigger blockbuster in terms of sales as it made over $750 (£492) million in the opening 24 hours alone.

Bethesda on the other hand announced that they shipped 12 million copies on the launch day alone. They had record sales, as Fallout 4 was dubbed the most pre-ordered game of 2015 with digital sales breaking records.

It set a record number of concurrent players on steam with 470 000 players on the launch day alone. They also sold 1.2 million copies on steam in its first 24 hours of release. Thus making it one of the biggest games of the year. 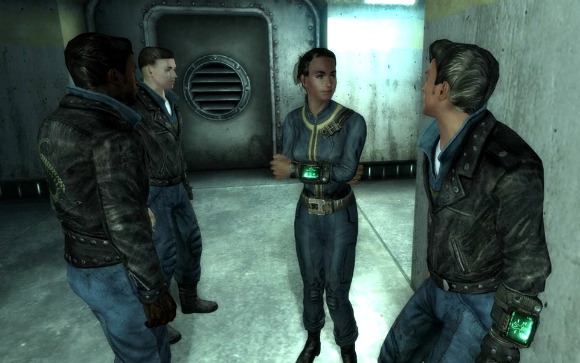 Fallout 4 lures you in with the promise of mystery, exciting combat and adventure. Set in a post apocalyptic version of Boston, your character has to defend himself from violent scavengers and bumbling mutants.

The point of comparison really comes from the gunplay system that is modeled after ‘Destiny’, the RPG-rooted command system V.A.T.S which slows down time and allows you to aim for specific body parts.

Although it lacks the fast paced feel that comes from straight-shooting, it does help you become an effective survivor.

There is also a level of realism added to the survival elements which puts you through your paces. This includes struggling with wounded limbs, lack of ammo and even radiation poisoning. Black Ops III has focused a lot on changing it up, shown in the gameplay through the new cybercore abilities.

These abilities range from allowing players to hack into robots, ignite enemy grenades, release swarms of fly nanobots and so much more.

Sadly critics still feel that the gameplay is repetitive as the enemies do not vary as much, and therefore the new abilities fall flat.

The Zombie mode is an important addition, as it was popular in Black Ops II. Here, it focuses on a strong sense of mystery throughout the narrative.

Despite recycling the campaign missions, level design, objectives and even character animations, critics have found that it works well and keeps them engaged.

This could be due to the slower pace and the focus on letting things unravel as the game progresses. Proficiency in stats allows users to invest in perks, this system makes upgrading a balancing act in some cases. However there is the option to make a specialist, whether it is a combatant or a charmer.

Another way to upgrade in the game is through acquiring new gear, which is done through looking for loot.

This helps players acquire essential resources, but at the same time everyday items can be scrapped for parts which are then re-purposed to build mods.

This can also be done however through taking weapons and armours from bosses which will also provide all the firepower you need. This includes the traditional loadout system, however it makes it more distinct, allowing players to focus their upgrades on certain areas, and create a stronger team.

Each specialism has its own weapon and ability available. For example, Outrider’s special weapon is Sparrow, a bow that fires bolts that increase in range the longer it is drawn, and the special ability is Vision Pulse, which is a sonic pulse that reveals enemy locations. Fallout 4’s Metacritic ratings are 86 per cent for PC, 87 per cent for PS4 and 88 per cent Xbox One, which are all well rounded and extremely high figures.

However, ratings are more mixed when it comes to the User Score with the game receiving 5.1 for PC, 6.1 for PS4 and a 5.7 for Xbox One.

These highly anticipated games with dedicated fan bases are all anyone is really talking about. Though it is clear from the sales and the critics views alone that Fallout 4 has come out on top.

This may surprise some as the Call of Duty franchise is honestly iconic in terms of fanbase and popularity.

However, it seems that the game still hasn’t done enough to please both the critics and the players themselves.

Which is the Better Game?

Fatima is a Politics and Sociology graduate with a passion for writing. She enjoys reading, gaming, music and film. A proud nerd, her motto is: "In life, you fall down seven times but get up eight. Persevere and you’ll be successful."
Final Fantasy VII’s hero joins Super Smash Bros
Just Cause 3 ~ A Playground of Creative Destruction