In a horrific incident, a 23-year-old man allegedly decapitated his ex-girlfriend in Sweden and kept her head wrapped up in aluminium foil.

“The suspect has retained a body part for an unknown reason“

Tishko Ahmed Shabaz allegedly decapitated his 17-year-old ex-girlfriend after she ended their relationship.

Wilma Andersson went missing on November 14, 2019, after going to Shabaz’s flat to pick up her things. The pair had been together for two years before she ended the relationship.

It was reported that he regarded her as “Satan” and an enemy of his idol Donald Trump.

According to witnesses, Shabaz, a citizen of Sweden, began acting strangely and controlling towards Wilma before her disappearance.

Investigators heard how the 23-year-old “thought she was Satan and worked with the Democrats against Trump”.

Her mother reported Wilma missing. Following Wilma’s disappearance, hundreds of volunteers joined the search for in what was one of Sweden’s largest ever searches.

A total of 5,000 police officers, experts and volunteers were involved in the search for the teenager.

Police then searched Shabaz’s flat and reportedly found traces of blood inside. Officers claim they then discovered Wilma’s decapitated head in a suitcase, wrapped in aluminium foil and sticky tape, on November 28.

Officers are still yet to find Wilma’s body. Relatives have urged people not to give up on their search.

Shabaz’s DNA and Wilma’s blood was found on a kitchen knife. His fingerprints were found on the tape that wrapped the head.

Prosecutors allege the victim was subjected to “repeated violence” during her death.

Wilma’s coat and handbag were also still inside the flat. Her mother, Linda Andersson, said her daughter would not have left without them.

The indictment stated that Wilma was murdered on November 14, the day she went missing.

A police chief said: “The suspect has retained a body part for an unknown reason and got rid of the rest of the body.” 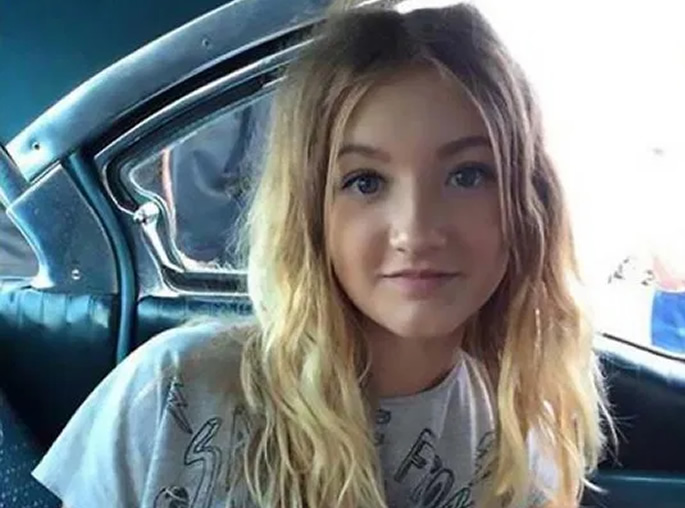 Neighbours alleged that they could hear screaming coming from the apartment and that Shabaz lied to Wilma’s parents by claiming she had left the flat alive.

Mrs Andersson said that she had “kept ringing the doorbell” to Shabaz’s home but he “only said they had an argument and that she just ran out of the apartment”.

Witnesses told investigators that Shabaz controlled his ex-girlfriend’s life by checking her phone and deciding what clothes she would wear.

It is claimed that he had a GPS tracking app installed on Wilma’s phone so that he could track her every movement.

It is believed that Shabaz respected Trump and even tried to travel to the United States to help his re-election campaign.

However, he was stopped at Stockholm’s main airport because he did not have the required entry documents.

Shabaz denied killing his ex-girlfriend. Asked if he killed and decapitated her, he reportedly said:

“If I had murdered her, I would not have cut off her head.”

He frequently answered “no comment” when questioned by officers in April 2020. Shabaz stated that officers were forgetting he loved her.

Shabaz has now been charged with murder. He was later found unconscious in his cell and taken to hospital.

Shabaz has since been moved to another facility where he is being kept under supervision.

Dhiren is a journalism graduate with a passion for gaming, watching films and sports. He also enjoys cooking from time to time. His motto is to “Live life one day at a time.”
Indian Man walked 1100 km to Meet Girlfriend
Pakistani ‘Colonel’s Wife’ Abuses & Tries to Run Over Officers