Asaram Bapu a self-proclaimed spiritual baba in India has been found guilty of raping a 16-year-old girl at his ashram in 2013.

"Even if I die now, I will have no regret as we have got justice for our daughter."

Asaram Bapu, aged 77, a self-proclaimed Indian spiritual baba has been found guilty of raping a 16-year-old girl in 2013 and given a sentence of life imprisonment.

The Jodhpur Schedule Caste and Schedule Tribe Court announced his sentencing after rape charges were levied against Asaram Bapu nearly five years ago.

Local Police Commissioner Ashok Rathore stated that the judgment of the case was pronounced in Jodhpur Central Jail surrounded by high security in Rajasthan.

20-year jail terms were also given to two others co-accused of the crime.

There were five charges against Asaram Bapu for raping the young girl. These were wrongful confinement, criminal intimidation, criminal conspiracy and sexual harassment.

Asaram was detained in Jodhpur Central jail for two sexual assaults which took place in Rajasthan and Gujarat.

For the Rajasthan case, a young girl from Shahajahanpur, Uttar Pradesh, accused Asaram of raping her on the night of 15 August 2013 at his ashram in Manai village near Jodhpur.

It’s said that the young girl had been brought to the ashram and Asaram by her parents to heal her. However, were not present during the alleged assault.

In Gujarat, two Surat-based sisters individually accused Asaram Bapu and his son Narayan Sai of raping and sexually assaulting them.

Following the accusations, in August 2013, policy took Asaram Bapu custody. He was then taken to Jodhpur Central Jail.

At the time of the rape in 2013, Asaram Bapu was 74 years old and he claimed that he was impotent, and not able to physically commit rape. However, about one month later, a potency test was
presented to a Jodhpur court proving he could’ve committed the crimes.

When Asaram Bapu was arrested in 2013 for the rapes, many violent clashes took place between the Bapu’s followers and police in a number of major Indian cities. Especially, in the states of Rajasthan, Gujarat and Haryana, where there are a very large number of Asaram’s followers. 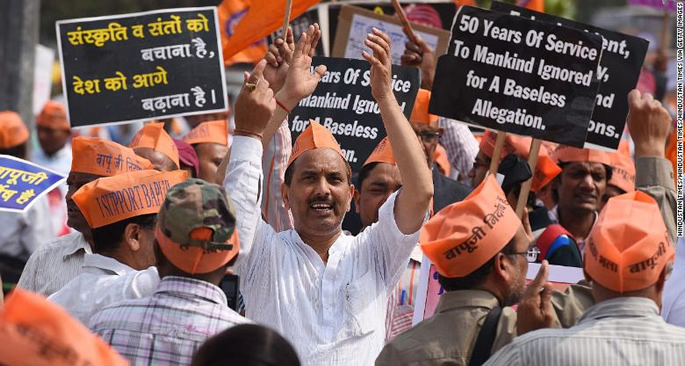 Asaram filed and presented a total of 12 bail applications which were all rejected by the trial court, the Rajasthan High Court, and the Supreme Court.

During the years after his arrest and detainment in jail, a number of key witnesses for the case were threatened, attacks and even went missing.

Asaram’s personal assistant was shot and killed in 2014 and in 2015 another associate of his was killed in Muzaffarnagar.

Asaram’s website describes him as a “spiritual revolutionist” and “great teacher.” Known as “Bapuji’ by his followers, Asaram attained popularity in the 1970s. After which, his followership grew spanning an empire of 400 ashrams, global outreach programmes and religious schools.

However, nothing was going to change the final verdict handed down to Asaram of finding him guilty.

According to reports from the jail, Asaram broke down after the life imprisonment verdict and conviction under section 376 and POCSO Act. 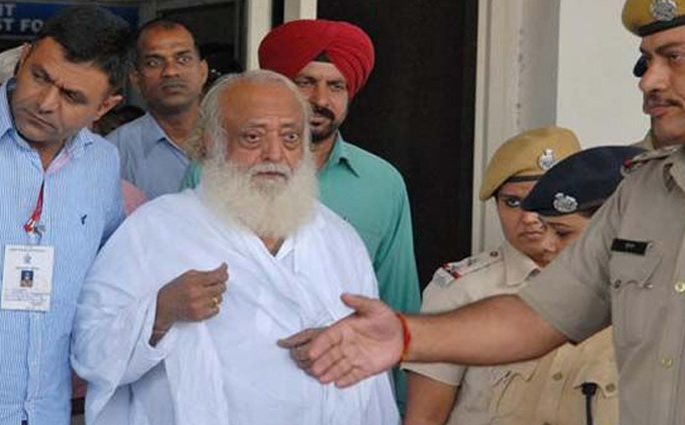 The father of the girl raped at the ashram in Manai village expressed his relief and satisfaction with the verdict and sentence handed to Asaram Bapu, saying:

“Even if I die now, I will have no regret as we have got justice for our daughter.”

“We have full respect for the courts. If the lower court verdict doesn’t go our way, we will approach the High Court or Supreme Court.”

Prior to the verdict, police were on high alert across the key states due to fears of violence and protests from his followers.

The security measures in place are said to continue in Jodhpur, around the alleged victim’s house, in Uttar Pradesh and the other affected states by this judgment against Asaram Bapu for his rape of a 16-year-old girl.

This case is a reminiscence of the case of Gurmeet Ram Rahim Singh, the leader of the spiritual cult Dera Sacha Sauda, who was found guilty of raping two of his followers.

Yet again, a guilty verdict has been passed in India where sexual assault and rape is being committed by so-called hugely followed and ‘trusted’ cult spiritual leaders.

Amit enjoys creative challenges and uses writing as a tool for revelation. He has major interest in news, current affairs, trends and cinema. He likes the quote: "Nothing in fine print is ever good news."
Pakistani Man’s Nose Cut-Off by In-Laws over ‘Love Marriage’
Vitabiotics is First Vitamin Company to win Queen’s Award twice