Artificial Intelligence Cricket Bat to be a Game Changer

An artificial intelligence cricket bat has been launched in India which will change the sport. We look at how it will work and the benefits.

"This is just the beginning of what's possible for not only cricket but all sports."

His startup, Spektacom have created the Power Bat and aims to revolutionise cricket for players and fans.

At the launch, Kumble spoke of his excitement about the latest piece of cricket technology.

He said: “Our vision is to bring sports closer to fans through interesting ways of engagement using real-time sports analytics.”

Peggy Johnson, Executive Vice President of Microsoft said: “We’re excited to be part of the work Spektacom and Star India are doing to enhance the cricket experience for the fans, players and coaches.”

“This is just the beginning of what’s possible for not only cricket but all sports.”

The AI Power Bat presents a new chapter in cricket, in terms of technological advancement.

Microsoft has been working with Spektacom to launch the product as part of its ScaleUp programme.

The intention is to offer access to sales, marketing and technical support to Series A start-ups.

A huge amount of work has been put in by Kumble’s business and Microsoft to make it possible.

We look at different factors such as how it will work and the benefits it will have in the sport. 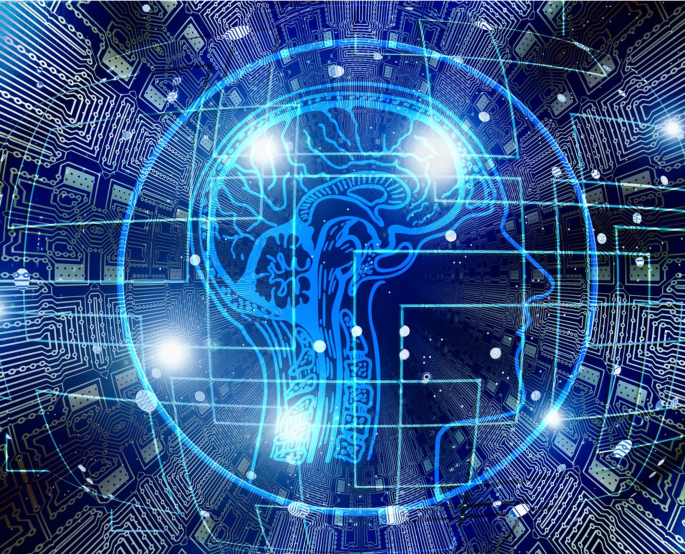 Artificial Intelligence, also known as machine intelligence, is an area of computer science which emphasises the creation of intelligent machines that work and react like humans.

It enables it to learn from experience, with many examples of it being used in everyday life.

The term was first coined in 1956. It has become more popular due to increased data volumes and improvements in computing power.

Although there have been depictions of it causing harm in the future, it is incredibly important throughout life.

One example is it adds to existing products, it is part of another application in most cases.

A perfect example is Siri which uses large amounts of data to improve many technologies at home and at work.

It is also accurate within deep networks, which was previously impossible.

Interacting with devices such as Alexa will continue to become more accurate the more it is used.

AI has had a massive effect on other industries. It was recently announced for Indian airports.

It will now be a part of Indian cricket which will showcase vast technological advancements.

How will the Bat Work? 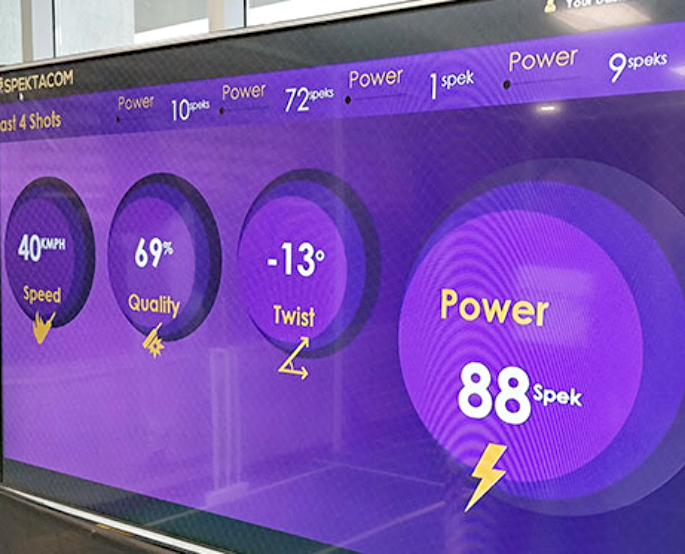 The idea behind Spektacom was about creating non-intrusive technology.

The Power Bat is a unique concept where a lightweight, IoT-based sensor sticker is stuck on the shoulder of the bat.

It is the work of the Bengaluru-based team. In the end, the sticker weighs just five grams and is big as a credit card.

Microsoft said: “The unique sticker sticks to the rear blade of the bat under a regular sponsor sticker, achieving the aim of being non-intrusive.”

“The sensor works on any cricket bat and instruments itself using machine learning that enables players to use it with their bespoke bats.”

It is very discreet but provides a huge amount of information.

During a live match, as soon as the ball is hit by the batsman, data on different parameters are captured.

Currently, the statistics monitor power, the twist of the bat on impact, shot quality and ball placement.

All this information is captured to get the ‘Power Spek’ score. It is a new measurement that has been created alongside the bat.

One thing is that the data is analysed during live play for broadcasters to pick it up and to show it.

An issue when developing it is that cricket grounds have not had reliable wireless connectivity.

However this has been overcome, Bluetooth captures real-time data through the stump box.

The data is then transferred and analysed in Azure, they are then provided to broadcasters in real-time.

The sticker can be wirelessly charged and takes 90 minutes for a full charge.

Once charged, it has a battery life of 48 hours.

The same data can also be viewed on a mobile application away from the cricket pitch. 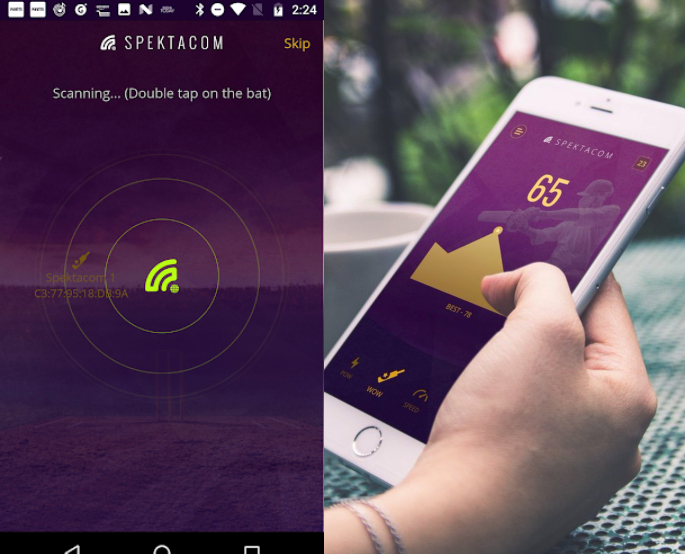 The Spektacom app is currently available on iOS and Android devices.

It is commonly used to monitor performance throughout training sessions.

Kumble developed the app with the intention to revolutionise sports through technology.

It accurately transmits real-time technology from the match to those with the app.

They then receive data-driven analytics, fan-engagement, skill improvement, to name just a few.

Practise sessions are monitored based on the four stat parameters. They can be accessed remotely, hence the app.

One thing is that one must have the sticker instrumented onto the bat. This will make it a “Smart-Bat”.

The sticker’s wireless connection needs synchronisation for the app for it to work.

From there it will be able to monitor relevant statistics.

Every shot by the batsman is registered on the app where analytics are provided.

The added development by Kumble makes the statistics more accessible.

He said: “Our vision is to bring sports closer to fans through interesting ways of engagement using real-time sports analytics.”

“At the same time, it is important that the technologies used are seamless and do not disrupt the game or obstruct players.” 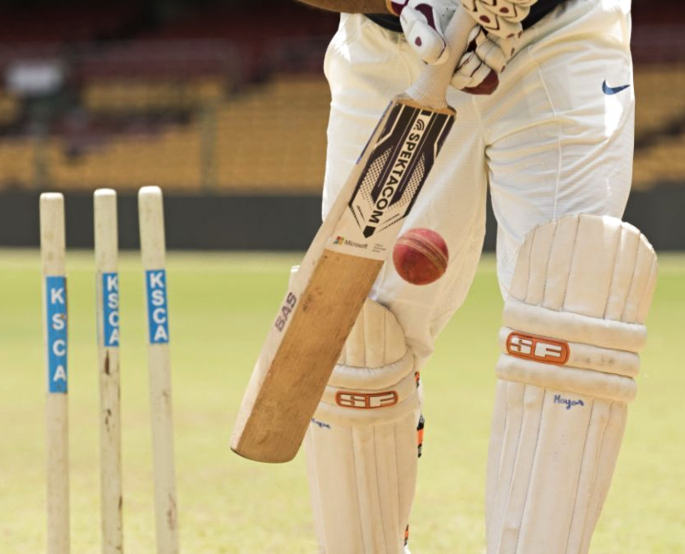 The collaboration of Spektacom and Microsoft appointed Star India as the broadcasting partner.

Star India is one of the leading Indian broadcasters of cricket.

It provides fans and viewers with a new way to engage with the sport as a result of the Power Bat.

Spektacom has decided on broadcasting now as it is the ideal time to look into the cricket viewership.

Cricket is the second most watched sport behind football.

Star India will broadcast cricket matches which use the new technology.

It is something other broadcasters should look into as it is certain to increase fan engagement.

This is especially since not much technology is available to track batting statistics, apart from how far a six goes.

It will not be a problem because of how discreet the sticker is. Therefore it is unlikely that people from the cricketing world will have issues.

“The Power Bat promises to be another step in the same direction and we look forward to the partnership with Spektacom.”

The Tamil Nadu Premier League trialled the technology, deeming it a success.

It extracted data from Abhinav Mukund to prove that it will work and increase fan engagement.

Abhinav said: “I had a chance to try out the Power Bat at the event and was pleasantly surprised to see it work in real time.”

As well as providing fan engagement, it seemed to be engaging among the players.

Abhinav added that the other players competed against one another to see who gets the highest ‘Speks’ score.

The success of the Power Bat will make its way into major cricket competitions and international fixtures. 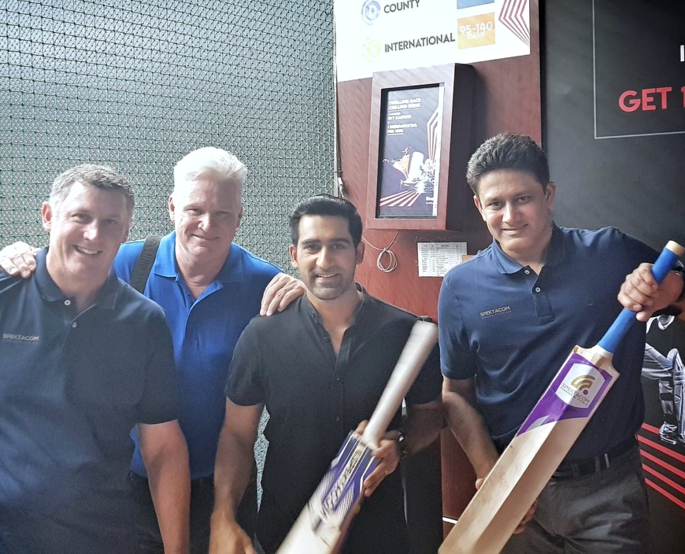 The latest AI advancement in India is already beneficial to players and coaches.

During training sessions and through the app, it provides vital feedback to coaches.

With it, they can find opportunities to improve power hitting for cricket matches, specifically T20.

Players will be able to get instant feedback based on practise sessions.

The technology also gives a more accurate idea of the area a player should improve in.

It also helps in finding new batting talent when looking at shot power.

This is something Anil Kumble has taken into account as he wants to eventually take the technology to the grassroots level.

By going to the grassroots level, it allows amateur players to take advantage of the Power Bat.

It will be the key to finding India’s future cricket star.

However, Kumble has not revealed the price of the Power Bat.

Kumble stated: “We still haven’t figured out the price yet.”

He added that it will be affordable enough for many people to buy.

Mrs Johnson said at the launch that the technology will improve the game as a whole.

“I am sure that more sports around the world would want to adopt this technology for the betterment of the players and the game.”

The idea for AI batting technology is what the fans want to see.

According to Kumble, batsmen are dominating cricket which is why the technology is getting attention.

Kumble’s announcement represents a huge development in technology within sports.

However, it is not the first time AI technology has been seen in cricket.

In 2017, Intel demoed BatSense along with a startup called Speculur.

It is a 50-gram device on top of the bat handle to extract analytics. The weight was deemed unwelcome and was not built for real-time broadcasting.

Technology in sports is common. The 2018 FIFA World Cup is the first competition to use Video Assistant Referee (VAR).

It is engaging for fans and corrects any wrong decisions.

The Power Bat is mainly for the fans. When fully active in games, it guarantees more excitement during a game of cricket.

It can only develop in the future, according to Anil Kumble.

He said: “This is technology, so it will only evolve and have enough room for trial and error for players off the pitch.”