Superstar Ananya Birla exclusively discusses her sensational music career and talks about her strides in women equality and empowerment.

Having already reached incredible heights in her music career, Indian singer Ananya Birla is continuing to make strides across the world.

Born in Mumbai, India, Ananya developed an early desire for music. Though Ananya did not realise how deep her passion laid until she enrolled at Oxford University, London.

Studying economics and management did not fulfil Ananya’s aspirations or utilise her creativity.

Therefore, she decided to leave the impressive institution and establish herself in the London music scene.

Although Ananya’s birthplace was India, she surprisingly stuck to singing in English. This is where she felt more comfortable and expressive.

It was this musical prowess that set her alight because it produced her hit single in 2017, ‘Meant to Be’. This track made her the first Indian artist with an English single to go platinum.

A feat of this magnitude caught the attention of the legendary British rock band, Coldplay. She supported them at the Global Citizen Festival, within the same year.

Racking up further platinum-selling records such as ‘Hold On’ and ‘Better‘, Ananya solidified herself as a singing sensation.

Ananya’s musical achievements led her to be signed by Maverick Management.

The California-based company looks after monumental artists in Madonna, The Weeknd and Brandy. This meant Ananya was in the company of the musically elite.

At only 26-years-old, Ananya has already had multiple platinum-selling records, worked with artists such as Afrojack. She is also a focal point of the highly popular TV show, Indian Pro Music League (2021).

The show is the first of its kind with six teams representing six regions of India. They are competing in a musical championship.

Ananya has her own team within the show, the Ananya Birla Foundation Bengal Tigers.

The reality show is just another example of Ananya’s unmatched professionalism. Her team is a dedication to the charitable work she does for women and mental health. 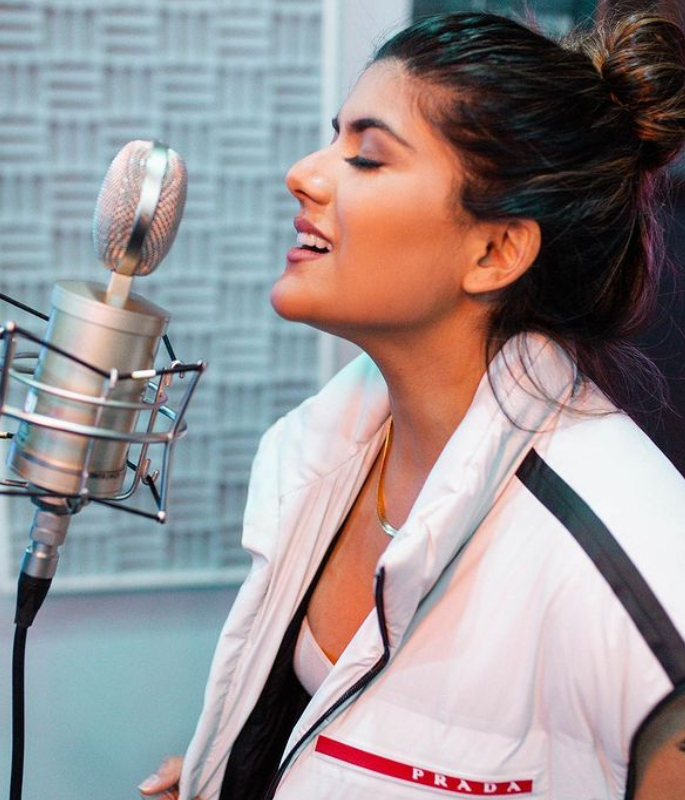 Her belief in the power of music has caused considerable changes within India. She organises concerts in Mumbai to aid her mental health organisation, Mpower.

Mpower is a fascinating movement that aims to eradicate the stigma associated with mental health. It also provides significant resources and freedom to those in need, especially in India.

Ananya’s other venture, Svantantra, meaning ‘freedom’ in Hindi, was created to address the income gap in India, dedicating itself to financial solutions, primarily among women.

Having battled through depression herself, these philanthropic efforts are done to provide more opportunities and platforms to women that will impact future generations.

“Her compassion, strength and dedication to making a positive difference in everything she does have always inspired me.”

Additionally, she has always lived by her mother’s advice:

“Try my best and leave the rest.”

Embracing her mother’s words and South Asian culture, Ananya personifies the Indian work ethic, flourishing both in and out of music.

In 2019, Ananya collaborated with popular American singer Sean Kingston for their track ‘Day Goes By,’ which debuted on Billboard. This was another first for an Indian artist.

Her angelic tones, empowering lyrics and infectious personality exude through her songs and performances.

With her musical status progressing, Ananya talks exclusively with DESIblitz about her success, projects and future ambitions.

When did you first get interested in music and why? 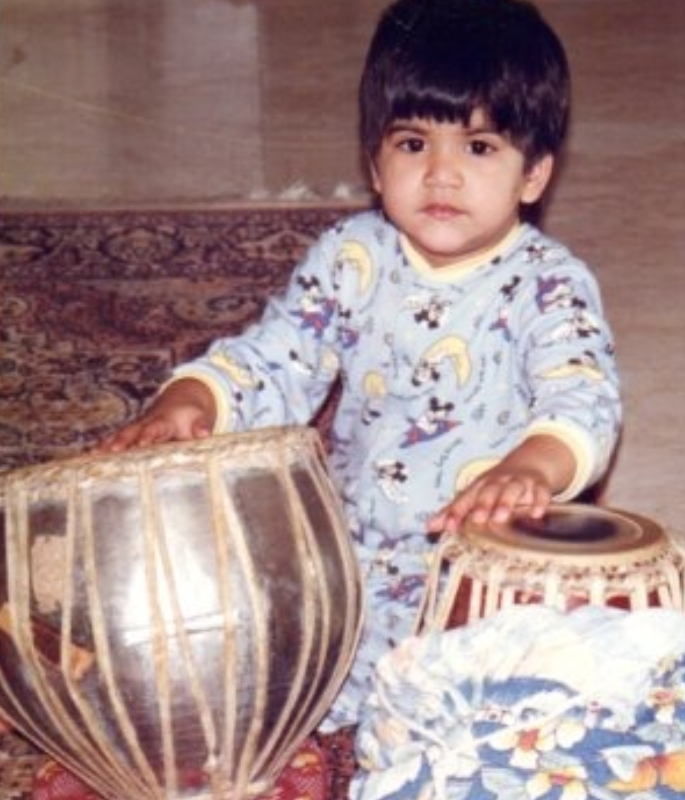 Music has been a part of me for as long as I can remember.

I actually trained in Indian classical music, playing the santoor. This is an instrument with 100 strings that sit on your lap.

It’s not the easiest introduction to music but it made learning the guitar, piano and composition a lot easier. This is when I was a teenager.

When I got to college in the UK, I would spend weekends playing gigs at bars and clubs around London and, whether I was playing to ten people or a hundred, I loved every second.

“I felt complete, like I had found my purpose, and knew this was what I wanted to do with my life.”

So, I dropped out of college and took that passion back to India where I turned it into a career and started putting out records.

When you first recorded a song, how did it feel?

The first song I recorded I actually never released.

It was called “I Don’t Wanna Love”. It was the song that got me signed with my first label.

My songwriting journey started from poetry to lyrics, to a strum on my guitar, to then hearing it playback for the first time is an indescribable feeling.

Maybe one day I will release that song. Right now it’s like the first page of my diary. I keep it sacred as it’s very close to my heart.

Do you feel singing in English has brought you more success? 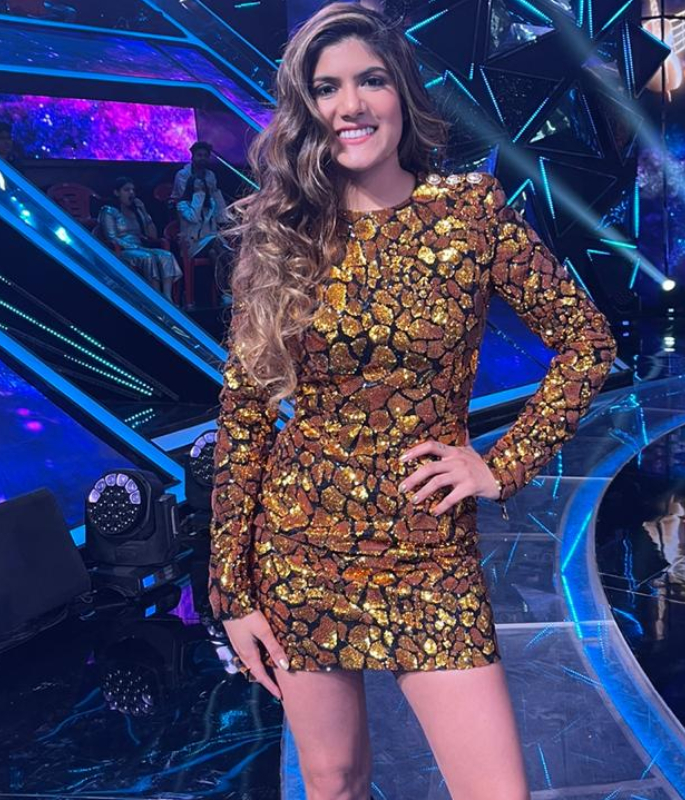 At first, definitely not. When I started out, I kept being told there wasn’t an audience for the kind of music that I wanted to make.

Back home, Indian film music has always dominated the charts.

It was a bit of a challenge at first as no one had really branched out in the English music space at the time. Also, people couldn’t really understand the passion I had for it.

In retrospect, I am really happy I stayed true to what I believed in and stuck to the music I wanted to make.

Becoming the first Indian artist to go platinum singing in English shortly after showed that I was right to follow my heart.

For me, it was pretty simple. I find it easier to express myself in English. My music is me doing my best to express my thoughts and share a bit of my heart – that’s just always happened in English for me.

Who knows, I might surprise you with some Hindi songs soon.

How does it feel opening the India Pro Music League? How did you choose the song?

Two years ago I was introduced to the concept of the league. I found it absolutely brilliant; nothing like it has ever been seen before.

My family is from Kolkata in Bengal and so I decided to own the team Bengal Tigers. I am so proud of my team; Shaan and Akriti have been amazing.

I generally don’t perform in Hindi so it was definitely different, but I really wanted to come out in support of the team.

I chose the song “Kaise Paheli Zindagani” because I think it is a classic and the jazz swing in it is something I truly enjoy.

What makes a good song? 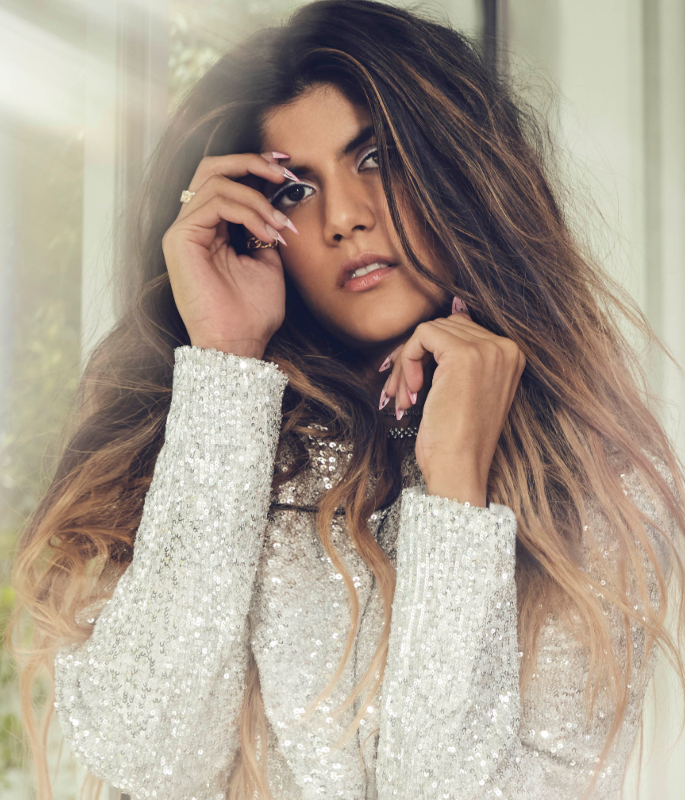 I think that’s relative. For me, authenticity is the most important thing, whatever genre you’re working in.

When a song is honest and from the heart, listeners experience it intimately and connect with it on a much deeper level.

“They feel what you feel, they come on the journey with you.”

Some of my favourite artists, Eminem, Bazzi, Beyoncé, and Kurt Cobain all make very different music, but I love them all. This is because of how honest, vulnerable and raw their songs are.

For me, there is no better feeling than when someone reaches out to say they connected with something in my music.

Whether it helped them through something they were going through, made them feel less alone or just made them smile.

As an Indian female artist, what challenges have you faced?

There is still an expectation for women in music to fit traditional beauty standards.

Women in the industry shouldn’t always have to feel flawless. They should be comfortable being themselves – that is what audiences connect with.

It’s about believing in yourself, not letting other people’s judgements affect you, and embracing your flaws and differences – easier said than done!

“Things are getting better, but the pressure is still there.”

More females are realising though that they don’t have to follow set rules and that they can do what they want.

They can see the importance of breaking down barriers and things are moving forward as a result.

How does Maverick Management help you? 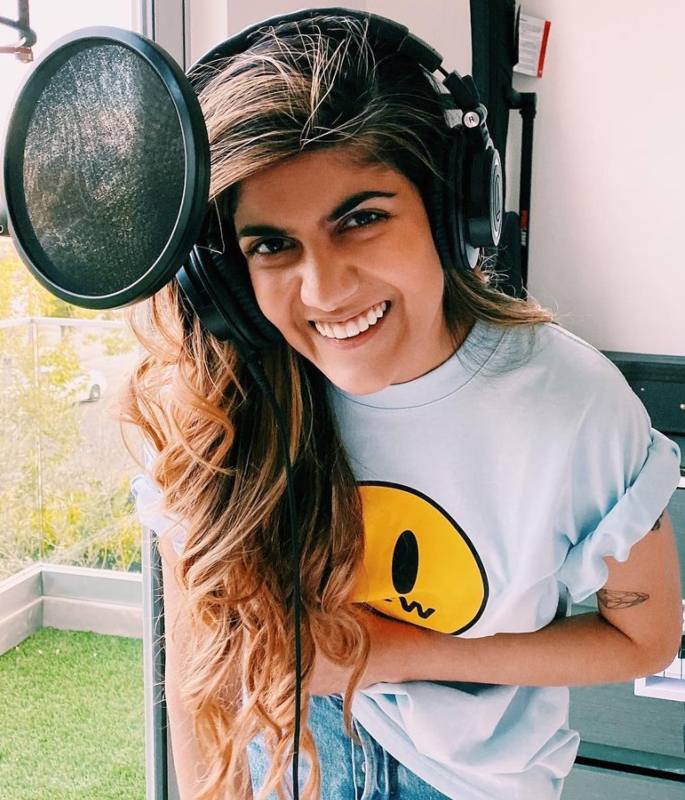 Almost exactly a year ago, I went out to the Grammys and got chatting to Greg, the president of Maverick.

Straight away I knew I’d found the mentor I’d been looking for: we just clicked, in that funny way people do – he really got what I’m about.

Maverick is an amazing agency. It works with artists like The Weeknd, Miley Cyrus and G-Eazy.

I dropped by their offices a few days later to discuss what we could do together, and I was so drawn to their experience and passion.

I feel so lucky to have them in my corner. We have big plans for 2021, so stay tuned.

Outside India, most people think of Bollywood film music when they think about music in India.

I want to be part of the generation of young Indian artists who topple that stereotype.

Most importantly though I want my music to be able to connect with people, to be able to make someone out there feel less alone. That’s my ultimate goal. 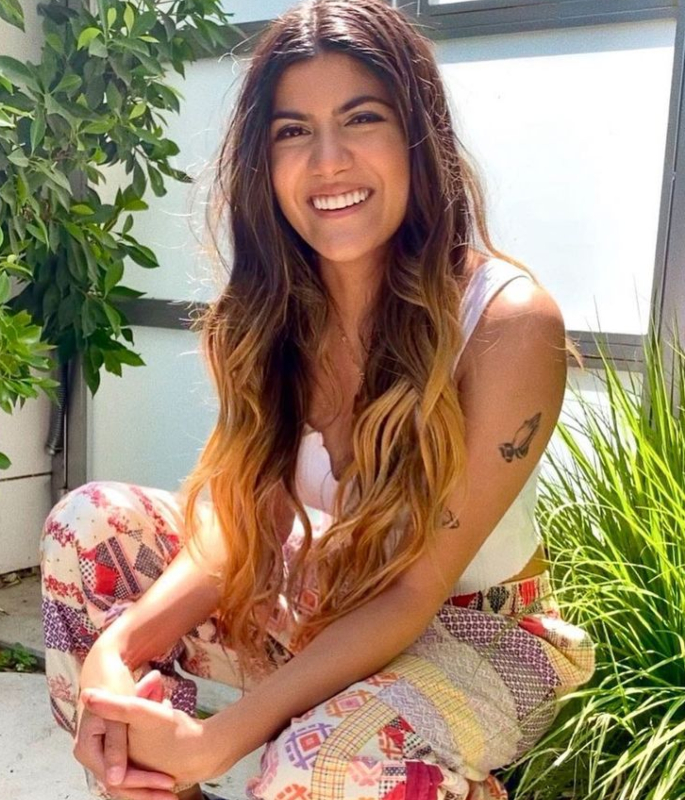 Having performed at some of the most distinguished music events such as Oktoberfest and Sunburn and toured with artists such as Wiz Khalifa, Ananya has no plans to halt her growth.

The numerous genres that Ananya has incorporated into her music have been impressive.

From Jazz to Hindi to reggae, Ananya continues to push the boundaries for herself and future Asian artists.

With an abundance of accolades and continued progression within the music industry, Ananya still hasn’t forgotten her Desi roots, saying:

“I adore a good masala chai, I cannot do without ‘ghar ka khanna’: comfort food, plain and simple, and I love Bollywood and Sufi music.”

Ananya is beginning to solidify herself as a woman of talent and change.

Even though her music career has catapulted Ananya into stardom, she has still made incredible breakthroughs with her organisations.

It is not difficult to see why Ananya was named as one of GQ’s Most Influential Young Indians in 2018.

Her majestic voice has soothed millions of people across the world. Her humble attitude and fight for equality have showcased Ananya’s appetite to change the world.

It is that hunger and positivity that has brought so much success for Ananya thus far and will continue to bring.

Ananya’s soulful music and amazing projects can be listened to here.