Bollywood starlet Alia Bhatt has injured her right arm and shoulder after shooting a scene for her upcoming movie Brahmastra.

"early reports suggest some ligament damage and a haematoma"

The Bollywood actress Alia Bhatt has suffered a ligament injury whilst filming for her new movie Brahmastra in Bulgaria.

It’s believed that Alia and the team were shooting a scene when the actress fell and hurt herself. The beautiful film star injured her right arm and shoulder and after a clot was found on her arm, she has been advised to take bed rest.

Suffering a great deal of pain in her right arm, she has had it bandaged up and held up in a sling. Meaning she cannot exert her arm or shoulder for the next few weeks.

“She has injured her shoulder in an action sequence in Bulgaria. Alia being Alia is taking it ‘on the chin’ or ‘on the shoulder’ as it were in this case. The early reports suggest some ligament damage and a haematoma, so she must rest the shoulder for some time now and not do any more action. Apart from this, she is her usual smiling self.”

Alia who recently celebrated her 25th birthday on 15th March 2018 has banned from participating in any action scenes, for the next two years due to her injuries according to reports. 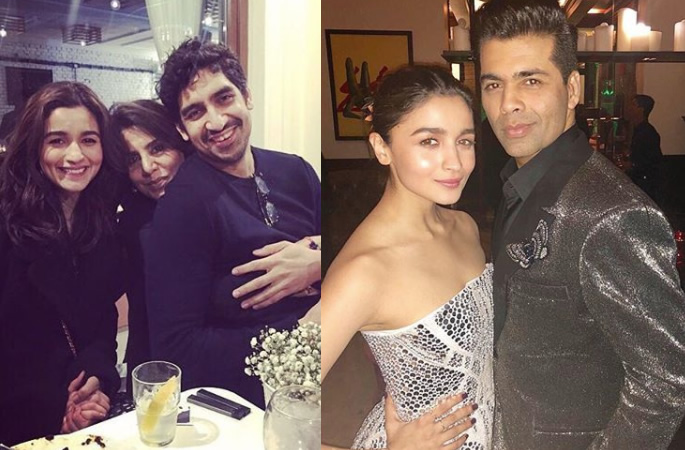 Alia Bhatt and Bollywood hunk Ranbir Kapoor star in the lead roles of Brahmastra, a trilogy, fantasy adventure film, that is due to be released on India’s Independence Day, August 15th, 2019.

Filming began in March 2018, as the cast and crew travelled to Israel to prepare for shooting certain scenes for the new film.

With the outdoor shoots of Brahmastra supposed to be wrapped up, the team were set to return to India by the end of this month.

However, due to Alia’s injury, the producers are looking to film close-up scenes with the actress and are shooting other sequences of the film which also star Ranbir and Mouni, while still abroad.

Reports say Alia will be ready to return to filming once she has fully recovered.

Alia has been preparing for this role in the best possible way. She uploaded an image of herself on Instagram, in October 2017, where she was reading the scripts for both her upcoming movies, Brahmastra and Gully Boy.

Alia can be seen looking joyful and happy as she posted images of herself and director Ayan Mukerji on social media while filming on set for Brahmastra.

Film director and producer Karan Johar, took to Twitter to post his excitement for the filming of Brahmastra, as he is producing the movie.

The new year begins with the prep of #BRAHMASTRA….the countdown of the epic journey of our film begins! Filming commences in February 2018! Ayan Mukerji helms this magical trilogy! @SrBachchan #ranbir @aliaa08 and an exciting ensemble! pic.twitter.com/pXraaH1425

Alia Bhatt is also set to star in the upcoming movie ‘Raazi’ an action thriller, directed by Meghna Gulzar, that releases from 11th May 2018 and ‘Gully Boy’ a musical drama, directed by Zoya Akhtar, where Bhatt will appear alongside Padmaavat actor Ranveer Singh. The movie is set to be in cinemas from 14th February 2019.

Let’s hope Alia makes a speedy recovery and gets back to making her films very soon.

Mehrunnisa is a politics and media graduate. She loves to be creative and unique. She is always open to learning new things. Her motto is: "Chase the dream, not the competition."
Rani Mukerji: Her Comeback, Film Journey and Motherhood
Sajjan Singh Rangroot: A Film about Indian Soldiers with Diljit Dosanjh