With Rani Mukerji making her return to the big screen, the Bollywood actress opens up about how husband Aditya Chopra and daughter Adira inspire her to continue her film journey.

Bollywood actress Rani has enjoyed an illustrious 22-year career that has included back to back hits such as Veer Zaara (2004), Black (2005) and Kabhi Alvida Naa Kehna (2006).

The talented star has kept audiences hooked with her versatility and rare choice of films like No One Killed Jessica (2011) and Talaash (2012).

Since marrying popular filmmaker and Head of Yash Raj Films, Aditya Chopra, the actress has appeared little on screen. In between marriage and becoming a mother, Rani garnered much praise for her powerful performance in Mardaani in 2014.

Now, the actress makes a seemingly official return to cinema with another challenging role in Hichki as she steps into the shoes of playing a teacher with Tourette’s syndrome. The neurological disorder causes involuntary movements and vocalisations.

Rani has carved her name among the list of successful actresses in a steady manner. She started off as the quintessential leading lady of Bollywood with roles secondary to her male counterparts but later made some strong choices.

Be it the badass cop from Mardaani or the dedicated journalist from No One Killed Jessica, Rani strayed away from being typecast, something that many actresses from her generation have struggled with. Even in supporting roles such as Veer Zaara, she stood out. 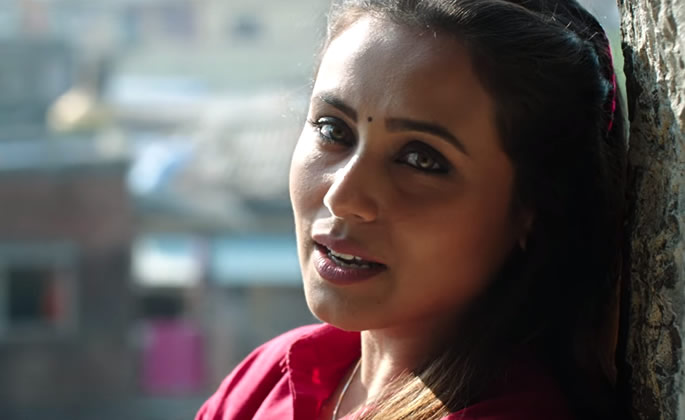 Not taking the audiences for granted is her mantra: “If you don’t innovate as an actor, you will lose your audience. I have to offer them something different every time so that they can be proud of me,” she says in an interview with HT Cafe.

Unlike many top actresses today who rely on their superstar heroes to make a film successful, Rani has in the past proved to be a bankable star for producers too.

Her comeback film, Mardaani was a profitable affair and was declared a hit despite having no significant male co-star. Nonetheless, the actress does credit to have learnt the tricks of the trade from her former co-stars.

She says: “I’ve been lucky to work with actors like Kamal Haasan, Aamir Khan and Shah Rukh Khan, as I learnt a lot from them.”

Many women find it difficult to leave their young children and pursue work. Although, Rani makes it clear that she wants her 2-year-old daughter, Adira Chopra to be proud of her mother’s work when she grows up. Most actresses in Bollywood are known to push marriages and motherhood under the fear of putting their career on the line:

“As she grows up, Adira will know that her mother is a working woman. She will see my work and comment on it, so it would be a new thing.”

The actress recently celebrated her 40th birthday on 21st March 2018. She released a statement via the YRF Twitter page, talking about her journey and a 22-year career in films.

She wrote: “As a woman, I must admit, it has not been an easy journey. I had to prove myself every day. Actresses have to prove themselves every day.

“A woman has a short career span, a married woman’s equity dies, women are not bankable commodities at the box office, ‘female-centric’ (I hate this word) films are huge risks, a married actress who is also a mother is the final nail in the coffin of her dreams, ambitions and aspirations – these are some of the discriminatory stereotypes that we have to live with and try to overcome every single day.”

#RaniMukerji shares a heartfelt letter on her 40th birthday. pic.twitter.com/GeGHa9fM6r

Rani’s personal life has witnessed some emotional highs and lows, what with the sudden death of her father whom she was extremely close to. Such incidents change the course of life as a person as well as an actor, and Rani calls it her “fresh innings”:

“It is a new chapter of my life. I feel my journey has begun now. I have changed as a person and an actor after Adira’s birth.”

“I also witnessed my father’s death, so I have gone through so many emotions of late. So much has happened with me that I am a different person now. In this new phase of my life, my daughter will be my side.”

Despite everything, Rani is still her cheerful self and quite different compared to her highly introvert husband.

Having a filmmaker husband or even someone as rooted in the industry as Aditya Chopra could be both helpful and a challenge. What happens when the personal and professional life mixes is one thing that the actress is always asked about.

Is Adi overly critical of her work or not? Rani says: “When it comes to Adi, it’s great that he is very good in multitasking and departmentalising.

What Rani does admire, however, is Adi’s insistence that she takes on strong female roles. She adds: “When I have a person with me who is so forward-thinking and who respects women, that really helps.

“It also shows in his upbringing. There’s a lot of respect for women in the way Yash [Chopra] uncle and Pamela aunty have brought him up, and you can see that in his films.

“Women characters are very strong in the studio’s films, because of the genuine respect that they have for them.”

Rani Mukerji has come a long way since her Kuch Kuch Hota Hai days, and it looks like she will continue to enthral us with her upcoming performances.

Surabhi is a journalism graduate, currently pursuing an MA. She is passionate about films, poetry and music. She is fond of travelling places and meeting new people. Her motto is: "Love, laugh, live."
50 Bollywood Actors and Actresses Height and Age
Alia Bhatt suffers Major Injury shooting for Brahmastra