Aishwarya Rai Bachchan is Glamorous in Black in Sydney

Aishwarya Rai Bachchan dazzled welcomers in Sydney in a glamorous black gown as she visited Australia to open a Longines boutique and be the bearer of the Queen’s Baton for the 2018 Commonwealth Games.

"This idea does not limit itself to show business or the film industry."

Aishwarya Rai Bachchan is such a glamorous star of Bollywood that she always woos audiences wherever she travels. This time she is in Sydney, Australia. Where she attended the the inauguration of the Longines Watches store in the Queen Victoria Building.

She graced the event in a stunning floor-length black gown designed by Gauri & Nainika and styled by Tanya Ghavri. Accompanying it with diamond earring, a fashionable Longines watch and gorgeous ring on her left hand.

The gown hugged her body at the top with a form-fitting lace bodice and accentuated an hour-glass look. The black floral details made a statement spread around the outfit accompanied by gemstone embellishments with precise placement.

Aishwarya, 44, was surrounded by fans and people who came out to see her cut the store-opening ribbon, and to bear the Queen’s Commonwealth Games baton. 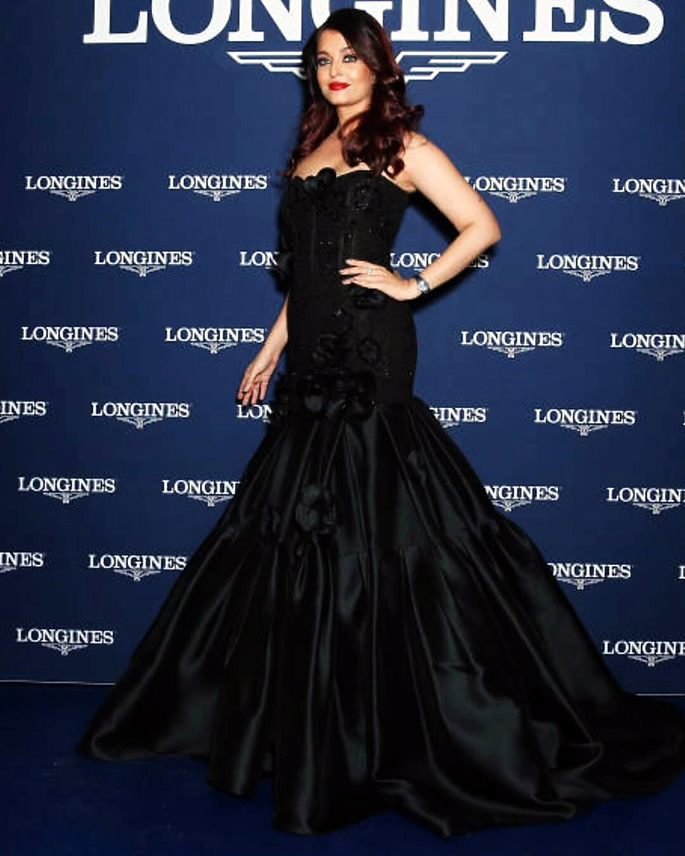 She definitely attracted huge attention looking so glamorous in black, accented by makeup which was dominated by a lush red lipstick.

Longines Vice-President Juan-Carlos Capelli joined Aishwarya for the ribbon-cutting ceremony and then on stage when she became the baton bearer of the  Queen’s Baton for the Gold Coast Commonwealth Games taking place in April 2018. 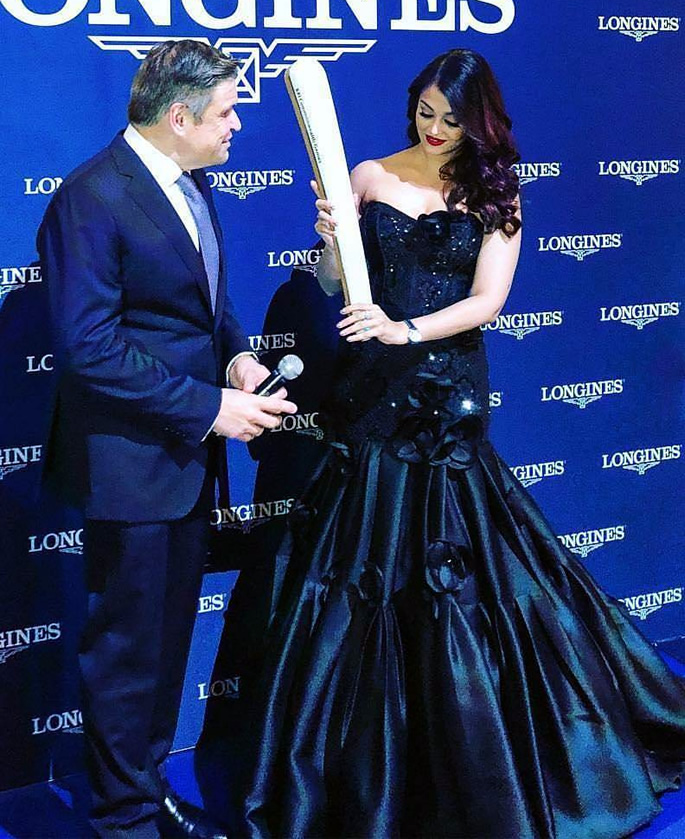 She spoke to the fans and greeted everyone who was ecstatic to see Aishwarya Rai Bachchan ‘down-under’. She was grateful and had a wonderful response.

Aishwarya is also a guest to dine at the Opera House with dignitaries from the Commonwealth Games and high-profile celebrities from Australia.

Reports say that she is in Sydney not just for the Longines event but is joined by Abhishek Bachchan and daughter Aaradhya, to celebrate Abhishek’s 42nd birthday on 5th February.

Aishwarya has also spoken out about the #MeToo movement. In an interview with the Sunday Telegraph she says:

“A movement such as the #MeToo movement … has brought out a lot of conversation and sharing.”

“The good thing is that people are talking. I don’t think this (subject) needs to restrict itself to one part of the world. That is definitely the positive, which has come about with this entire subject.”

With Harvey Weinstein still getting accusations made against him by major Hollywood stars, Ash feels that the movement gives a voice to women to speak up about sexual harassment, saying:

“If a woman feels compromised and she feels the need to share an experience that has completely challenged her sense of being, it is amazing that she comes out, speaks forth about it, and takes the people to task.”

“This idea does not limit itself to show business or the film industry. It is people discussing it from all walks of life.” 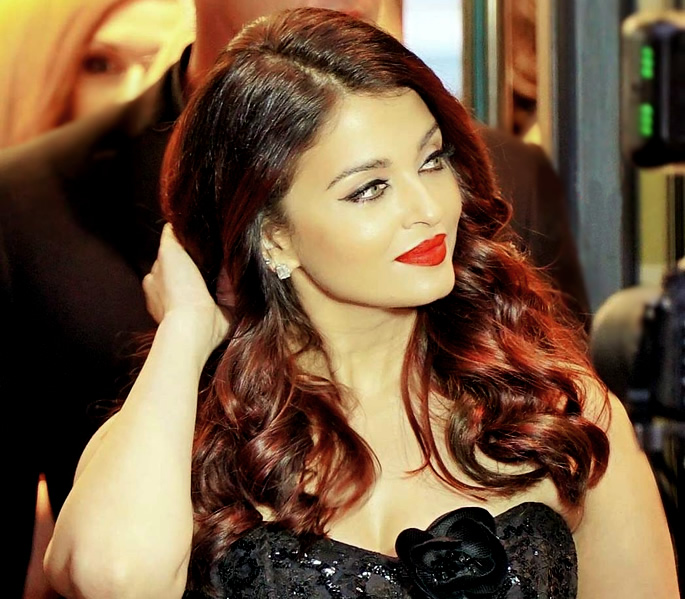 With Aishwarya Abhishek together in Sydney, speculation of them appearing in a Bollywood film together has diminished. Their last film together was Mani Ratnam’s Raavan, right years ago.

Reports say that the husband and wife pair were in talks to do a film with Shailesh R Singh. Whilst Abhishek was committed to the project, the discussion with Aishwarya and her team did not conclude positively.

Apparently, with Ash being very picky about her projects, she had issues with the script and wanted some changes made. However, these were not made and in the meantime she signed the remake of ‘Raat Aur Din’. Abhishek had also signed some movies and felt the whole thing was pointless, since Aishwarya had backed out of the project and also some budget issues added to the difficulties of it going ahead.

Despite all the new film signings and projects ahead, there is no doubt the Aishwarya Rai Bachchan still steals the limelight of screen when she appears in public and at events like the Longines store launch in Sydney.