ADHM defines unrequited love, in the name of friendship.

“This film [Ae Dil Hai Mushkil] suddenly came to me… I wrote it in just 30 days. I have never done that before,” Karan Johar says.

It is quite evident that this is a project which is close to Karan’s heart. Despite the recent controversy, there have been prodigious expectations regarding this Dharma extravaganza.

After all, it’s not every day you see Aishwarya Rai Bachchan, Ranbir Kapoor and Anushka Sharma in a feature film.

The movie narrates the journey of two characters – Ayaan (played by Ranbir Kapoor) and Alizeh (played by Anushka Sharma), who form a life-changing bond in London. Both are rich and in relationships, which soon break off.

Life progresses and Ayaan and Alizeh’s friendship takes a huge turning point when Alizeh is reunited with her ‘tabahi’ (destruction) –  her ex, DJ Ali (played by Fawad Khan). This is when matters of the heart actually become difficult to comprehend!

It has been a while since we’ve seen an intense love triangle from KJo. In fact, post his short film in Bombay Talkies, Ae Dil Hai Mushkil is by far his most mature film.

There are no flamboyant college students or larger-than-life dance sequences. 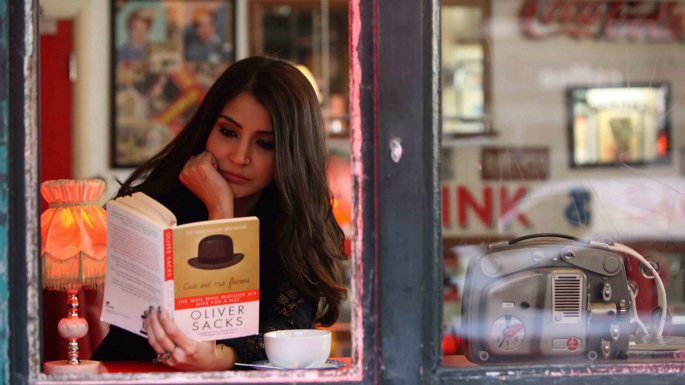 Karan Johar pens a story on two confident individuals who believe they know what ‘Love, Ishq and Mohabbat’ means. Which, as a matter of fact, are many of us in life.

Whether it’s Anjali being reunited with Rahul or Rizwan conquering Mandira’s heart again, most of his films feature the theme of unrequited love and second-choices. ADHM defines unrequited love, in the name of friendship. Truly, pyaar dosti hai.

What works are the cheesy filmy portions and poetic dialogues, both will win the audience’s heart. Whether it’s Anushka’s definition of an MBA as ‘Mere Baap ki Aarzoo’ or Ranbir grooving to ‘Baby Doll’, the viewer enjoys and laughs along with the two protagonists.

At times, one is reminded of Tamasha, i.e. finding your true identity. However, as a filmmaker, Karan Johar knows how to transition intense moments into light-hearted quotients and vice versa. He gets the balance right, yet again.

A special mention here to a scene where Alizeh sees Ali after a hiatus in a disco. The upbeat music transcends into steady bass, with flashing lights which reflect her anxiety of meeting Ali again. This builds tension and fully engages the audience.

Furthermore, the confrontation scene between Ranbir, Anushka and Aishwarya isn’t excessively dramatised. Here, it’s about the Mise-en-scène. Three individuals under the conception of being ‘in love’, in a luxurious apartment discussing their lives.

The awkwardness screams to the audience and its intensity is well-maintained. There are several other aspects which will conquer your hearts! 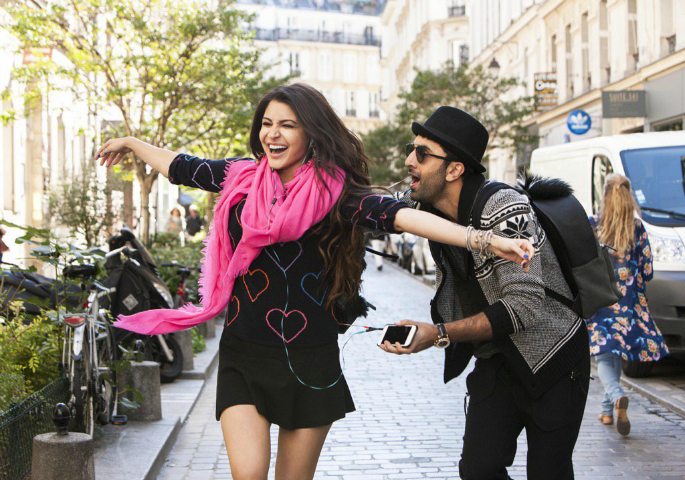 The selling points of ADHM are the performances of the lead cast. Ranbir Kapoor as Ayaan Sanger is not a character. It represents several people who have suffered heartbreaks.

In Kuch Kuch Hota Hai (KKHH), one sympathises with Anjali who becomes a victim of one-sided love. Here, it is Ayaan who compels the audience to also cry with him.

Yes, we have seen Ranbir essay such characters before in films like Rockstar and again Ranbir is his usual best. He knows well how to shift gears from humour to seriousness. After Bombay Velvet, Ranbir and Anushka’s chemistry is ultra strong in ADHM. You’ll fall in love with Ayaan and Alizeh.

Anushka Sharma is the show-stealer. Alizeh is a role which comprises of confidence, charm and chicness.

The beauty of KJo’s heroines is their character transitions. Whether it’s the sexy Shanaya of Student Of The Year (SOTY) or the stern Naina of Kabhi Alvidaa Naa Kehna (KANK), all female protagonists exhibit a drastic change in their personality with time.

This is also evident in Alizeh’s character. If you thought Anushka’s previous roles as Taani Sahni and Shruti Kakkad were spunky, then meet Alizeh!

Aishwarya Rai Bachchan fans may be slightly disappointed. Ash appears only for 20-odd minutes and that too during the second-half. Ash essays the not-so-known poetess, Saba Taliyar Khan. 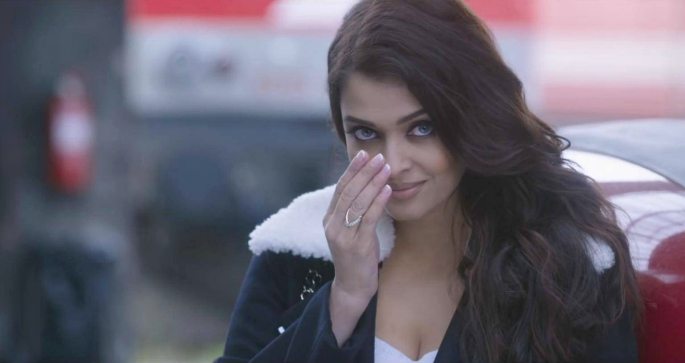 Her presence sets the screen on fire and it’s refreshing to see Aishwarya’s modern avatar after a while. One wishes that she had a longer role!

Fawad Khan does well as Ali. His rough-n-tough look is sufficient to make the girls go wild. Like Ranbir, Fawad is another actor who is a complete natural.

Alia Bhatt appears briefly in ‘The Breakup Song’. However, Shahrukh Khan is the most-awaited cameo. He plays Tahir, Saba’s ex-husband and recites the main dialogue:

Pritam’s soundtrack compliments the mood and tone of ADHM. Whilst the title song, ‘Bulleya’ and ‘Channa Mereya’ have become sensational hits, other tracks like ‘The Breakup Song’ and ‘Cutiepie’ are also catchy.

Would this album be on par with some of KJo’s best like Kabhi Khushi Kabhie Gham (K3G)? Probably not.

But the good thing about this soundtrack is that the movie hasn’t been moulded to suit the narrative. In fact, it’s the opposite. One looks forward to what Pritam has to offer in Dangal! 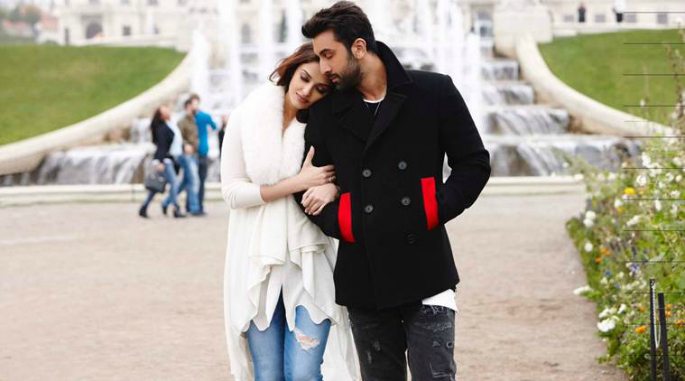 However, there are a few downsides. First, the character background for Alizeh and Ayaan entails development. Initially, their family backgrounds are described, but we are not shown them.

It would’ve been nice to see their reactions to their situation. Secondly, the script becomes clichéd towards the end – this could have been easily avoided.

Overall, Ae Dil Hai Mushkil is another Karan Johar attempt of depicting a mature love story, to some degree, has been successful.

Is it his most accomplished work? Maybe not. But having said that, it’s his endeavour of making a fresh love story.

It deserves a watch during this festive season.

Anuj is a journalism graduate. His passion is in Film, Television, dancing, acting and presenting. His ambition is to become a movie critic and host his own talk show. His motto is: "Believe you can and you're halfway there."
Karthik is a Fashion Guru in Week Four of The Apprentice
Trishna Thakrar talks Business and The Apprentice