"This time, I had to say yes. It is not a conventional romantic lead. Just wait and watch.”

Fresh from the success of her ‘comeback’ film, Jazbaa, that saw Aishwarya Rai return to the big screen after 5 years, director Karan Johar has already lined up the Bollywood star’s next project.

This is the first time that Ash is working with Karan despite both the actress and filmmaker being part of Bollywood’s inner circle for the last few decades.

It seems that Ash was looking for a juicy and unconventional role to come her way rather than a generic romantic heroine.

Luckily, Karan had just the right role for her, and she was eager to sign up.

Ash reportedly said about the project: “It is a very interesting role and my first for Karan Johar. We’ve come this close to working together so many times in the past.

“This time, I had to say yes. It is not a conventional romantic lead. Just wait and watch.”

In an interview with The Times of India, Karan revealed how his previous attempts to cast Ash had all fallen through: 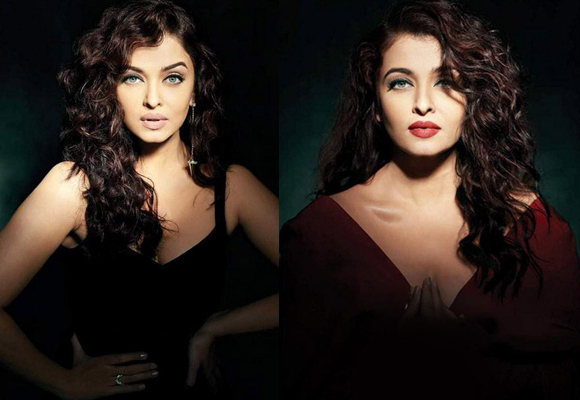 “I have always wanted to work with Aishwarya. She and I have missed working with each other on several opportunities. I had first offered her Kuch Kuch Hota Hai and at that time, she was doing Jeans.

“There was a juncture when I thought Kajol would not do Kabhi Khushi Kabhie Gham as she had just got married … Then at one juncture, I wanted to cast her in Kabhi Alvida Naa Kehna and things didn’t work.

“It’s been a hit-and-miss scenario with her literally. This time we hit it, literally. And it’s a very special role.”

The big names don’t just stop at Queen Ash however, as Karan has also managed to rope in Ranbir Kapoor, Anushka Sharma and none other than Fawad Khan, who will play a minor cameo role. 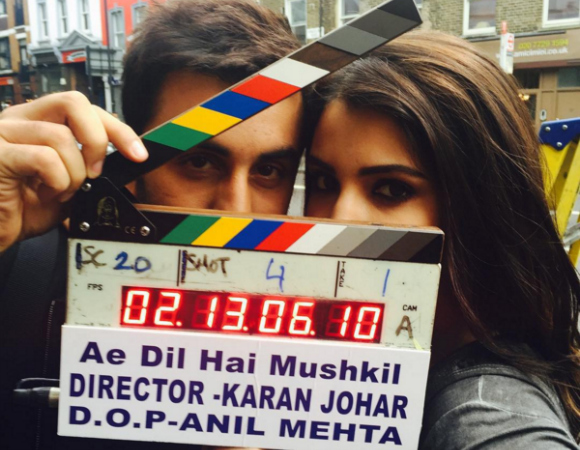 Speaking about his cast prior to shooting, Karan had added:

“When I worked with Ranbir and Anushka in Bombay Velvet, I knew their pairing and undeniable chemistry warranted another film and I am extremely excited to direct them.

“Ae Dil Hai Mushkil also fulfills my big dream to work with Aishwarya. It is possibly her most unusual and contemporary character and I can’t wait to work with her.”

The cast and crew are currently in the midst of a world tour for their shoot, which is taking them to Vienna, Paris, London, New York and New Delhi.

Fan photos of Ash have also emerged on the sets of ADHM in Vienna where she is seen wearing a long white coat and blue jeans. She stands next to Ranbir as Karan directs them.

A photo posted by Ranbir Kapoor Universe (@ranbirkapooruniverse) on Oct 18, 2015 at 6:52pm PDT

Both Ranbir and Anushka have already reportedly shot for the film in London and Paris, where Fawad also joined them.

The film is a remake of the 1997 film, Doosra Aadmi, which was directed by Sagar Sarhadi.

The original saw Rakhee, Rishi Kapoor, Shashi Kapoor and Neetu Singh as the main cast, where a woman who has lost her love in an accident finds his reflection in a much younger man who is engaged to someone else.

Ranbir will be reprising his father’s role in the film and will be the young man that Aishwarya’s character is enchanted by, while Fawad will play Ash’s lost love:

“It is not a conventional love story or love triangle,” Karan explains. 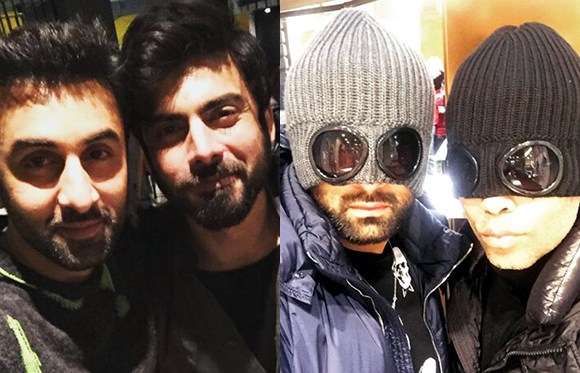 “It’s a film that dwells deeply on relationships, heartbreaks and how love completes you, defines you and yet leaves you wanting for more.”

Now, we know that Karan Johar films are usually starry affairs, and rumours have been circulating that he has a big Bollywood couple ready for an ADHM dance number in the form of Saif Ali Khan and Kareena Kapoor Khan.

A source stated: “Saif is joining the team in Vienna today and Bebo will join them on the 25th of this month [October 2015]. While the song will be picturised on Kareena, Saif will be seen in a few shots.”

But new sources have quashed the rumours, saying that Bebo is not part of the special song:

“It is not true. She is not doing a song in the film. She has just wrapped up Dubai schedule of Ki and Ka. Besides this film she is busy with Udta Punjab and brand endorsements,” sources report.

But whether Bebo is part of the film or not, expectations for this film won’t be slowing down any time soon.

With Ash fans and KJo fans eager to see the two finally working together, Ae Dil Hai Mushkil is one film we cannot wait to see on the big screen.