The Indian Corona Virus variant has the potential to sink the UK’s plans to ease lockdown. A leading Imperial College’s scientist warns.

The United Kingdom is all set to ease its lockdown restrictions with the help of vaccination and travel ban.

But the immunology scientist Danny Altmann fears it will be short term.

He advises the travel ban concerning the rise in Indian variant covid cases in the UK.

77 cases of the B.1.617 variant of coronavirus have been reported in the UK.

The B.1.617 variant was first discovered in India.

Imperial College London’s Professor of immunology shares the concerns about the impacts of the variant.

The Professor advises that the country should be on its guard against the concerned variant.

If not handled seriously, the variant will potentially give another boost to the covid-19 cases.

The officials however say that the Indian variant is categorized as a ‘variant under investigation’ (VUI).

They do not regard the Indian variant as a ‘variant of concern’.

Earlier, the UK government listed 39 countries on the travel ban list due to rising covid cases in those countries.

This meant that citizens of red-listed countries will not be able to travel to the UK.

However, British and Irish nationals, as well as UK residents, can return from the red-list countries.

They are, however, obliged to strictly quarantine in the designated hotel for 10 days.

Pakistan, Bangladesh and United Arab Emirates (UAE) are also among the countries on the red-list.

Since India is not on the travel ban list, people flying in from the country are not required to isolate in a hotel.

Professor Altmann insists on travellers from India be subjected to a hotel quarantine.

Professor says that it is ‘mystifying’ and ‘confounding’ that travellers from India are not isolated.

India on the other hand is again facing a rise of the covid cases in the country.

This will seriously impact the UK if the Indian variant spreads as severely as the professor fears. 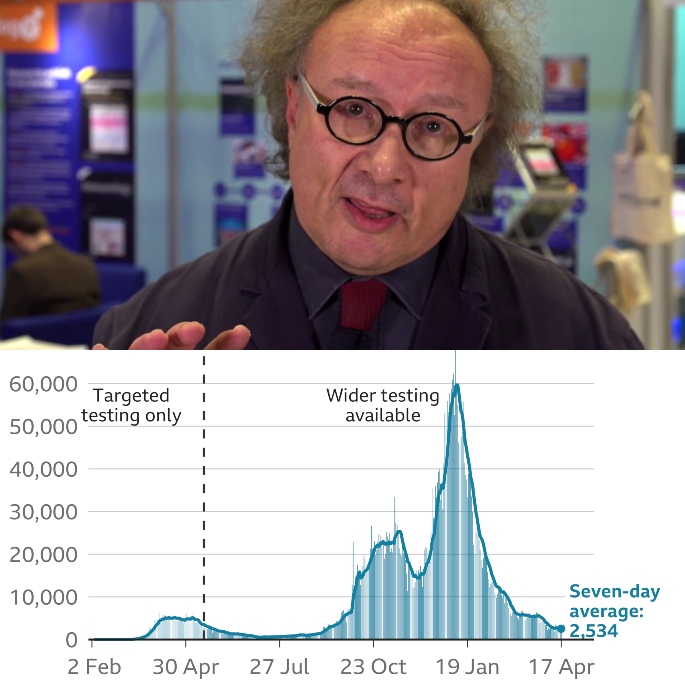 The Indian variant should have been the warrant enough for India to be subjected to the travel ban.

The government however is still reluctant and reviewing the travel ban list.

But there has been no update regarding the travel ban to India.

Prime minister Boris Johnson is scheduled to visit India after Brexit on an official tour.

This will be the prime minister’s first major International tour after securing a Brexit trade deal with European Union.

Boris Johnson’s tour to India might be the reason saving India from being on the red list.

If this is actually the reason then the government also needs to reconsider its priorities.

Images courtesy of AP, BBC, Gov.uk and the British society for immunology