Ghajini was a big hit for Aamir Khan in December 2008 and his new blockbuster, 3 Idiots, achieves even bigger success.

The response is huge

Aamir Khan has surpassed all expectations with his film, 3 Idiots. As with Ghajani being a hit during the holiday season in December 2008, 3 Idiots took Rs 12.5 crore (approximately £1.7 million) on its Christmas day release on Friday 25th December, 2009. More that 60 million people have watched the film in theatres and the numbers are only growing and the film has grossed over Rs. 315 crores (approximately US $70 Million) worldwide.

In reply to the news of the movie being such a big hit, Aamir Khan said, “The response is huge, we are still gathering the enormity of opening collections. To match Ghajini’s opening day collections is something, to surpass Ghajini is completely overwhelming.” 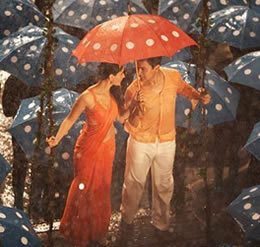 Asish Saksena the COO of BIG Cinemas in India said, “3 Idiots would set the record for the biggest opening of this year.”

Here is the trailer to the hit film:

The story is about the antics of three buddies and their hostel days as students. It starts with two buddies (Madhavan and Sharman Joshi) embarking on a quest to find a lost friend, Rancho (Aamir Khan). On this journey, they experience some unexpected escapades.

At the same time delve into their inner journey through memory lane and the story about their friend, the free-thinker Rancho, unravels, who in his unique way, touched and changed their lives. Rancho’s romance with the spirited Pia (Kareena Kapoor), and his clash with an oppressive mentor, Viru Sahastrabudhhe (Boman Irani) are all part of the script.

Three Idiots is a comedy of ideas that is as provocative as it is funny, as wildly entertaining as it is insightful. A laugh-riot that talks about the most important of human pursuits – self-actualisation. 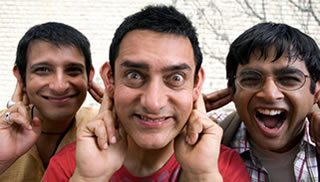 Among those invited for this premiere of the movie in Mumbai included the two Khans of Bollywood who are currently in a cold war between each other -Shahrukh Khan and Salman Khan. Interestingly, they met Aamir individually, avoiding each other.

Aamir Khan has another end-of-the-year hit on his hands and this time with no competition from Shahrukh Khan like last year when Rab Ne Bana Di Jodi was released around the same time. Because the next big movie from SRK is going to be the long awaited My Name is Khan, due to be released in February 2010.

Amit enjoys creative challenges and uses writing as a tool for revelation. He has major interest in news, current affairs, trends and cinema. He likes the quote: "Nothing in fine print is ever good news."
Shahrukh Khan goes Green
National Award for Priyanka Chopra