After three gruelling rounds of auditions, Lakmé Fashion Week has shortlisted six brand new models to walk the runway for their Winter/Festive 2015 Show!

“We have identified six promising divas that will add to the runway talent this season.”

Six fresh faced new models have been shortlisted to strut their stuff down the runway at Lakmé Fashion Week Winter/Festive 2015!

July 15 saw 140 hopefuls all battle it out in the modelling arena in the hope to be a part of the most iconic and exciting Indian fashion event.

Held at the Palladium Hotel, Mumbai, LFW hunted out the models in order to celebrate its 15th anniversary. 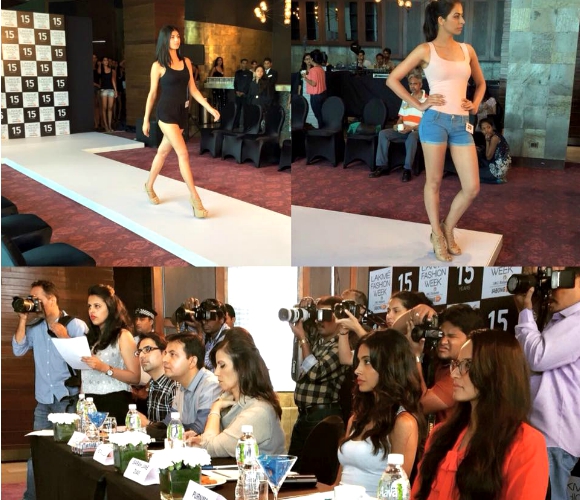 Each judge watched closely as the 140 hopefuls fought through three gruelling rounds of auditions.

Judge Saket Dhankar announced the news to the media, saying:

“We have identified six promising divas that will add to the runway talent this season.”

The newbies will share the stage with veteran designers Abu Jani and Sandeep Khosla, who are set to open the week’s celebrations in August 2015.

The fashion moguls will present a special collection that will reinvent traditional styles into something fresh and youthful; very fitting for the new models on the block!

Fans of the fashion festivity were given an exclusive view of the auditions via Lakmé Fashion Week’s Twitter page:

Lakmé is no stranger to paving the runway to stardom. Katrina Kaif, Kanishta Dhankar, and Yana Gupta are a select few who became runway ready thanks to the fashion event.

And Purnima Lamba agrees: “Lakmé Fashion Week has always been a platform that discovers and nurtures budding talent,” she says.

“We look forward to inspire new models and help them transform into the next supermodels of India.”

Beauty and fashion fanatics can expect to see the new superstar models rock the runway at Lakmé Fashion Week Winter/Festive 2015 between August 26 and 30, 2015.