Launchpad for several budding runway models and designers, Lakmé Fashion Week season is upon us. DESIblitz has the best bits to expect from LFW Summer/Resort 2015.

It is only a matter of time till LFW entices the fashionistas in all of us.

The auditions are over, the runway divas have been shortlisted, and the opening and grand finale designers have been announced – Lakmé Fashion Week is all set for a bigger and better 2015.

Celebrating 15 years of defining fashion in India, LFW Summer/Resort 2015 is gathering the best of India and the world this March.

From 130 models of different shapes, sizes and styles, only 11 winners were selected by an eclectic panel of judges. 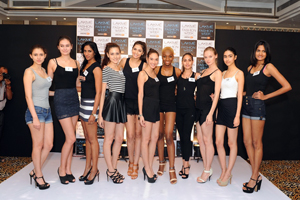 Saket Dhankar, Head of Fashion at IMG Reliance, said: “Lakmé Fashion Week is known to bring forth some of the finest faces of fashion and runway divas.

“Model auditions is an integral part of the process each season to discover and infuse new talent into Lakmé Fashion Week. We acknowledge the vital role that models play in the success of a fashion week, this season too we are elated to have yet again introduced 11 promising faces to the fashion fraternity.”

Lakmé Fashion Week is a premier event for fashion aficionados in not only India but also the entire subcontinent. 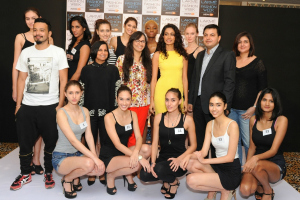 The most coveted model hunt in the country, LFW 2015 will feature participants from Pakistan, Paris, Sri Lanka and the United Kingdom, to mention a few.

Purnima Lamba, Head of Innovation at Lakmé added: “Over the last 15 years Lakmé has discovered some of the most sought after faces in the industry.

“A curator of runway fashion, Lakmé Fashion Week continues to be the perfect platform to discover some of the most beautiful faces from around the country and the model auditions are yet another way in which LFW reinvents the future of fashion.”

Sabyasachi Mukherjee – who debuted in LFW 2002 – will be the opening designer this season.

His designs exemplify the luxurious use of Indian textiles in modern and traditional fashion pieces: “Lakmé Fashion Week holds a special place in my journey as a designer other than being my debut platform.

“Our success stories resonate and have been parallel. It gives me great pleasure to open the season that commemorates 15 years of LFW in India and be a part of this milestone,” Sabyasachi Mukherjee reminisces. 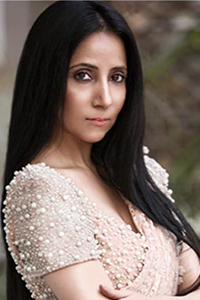 The grand finale will resonate Lakmé’s commitment to bringing the best fashion of fashion to the contemporary Indian woman.

Anamika Khanna, a self-taught designer, is renowned for seamlessly weaving traditional Indian and modern methods together to create unique and diverse style statements through her outfits.

She will also be working with make-up experts to deliver stunning and edgy summer trends:

“I am thrilled to be part of such a milestone and look forward to present my collection at the grand finale of the most sought after event in the Indian fashion scene.”

39 other designers will be showcased in the merging and Jabong stage categories. Highlights include PATINE by Shon Randhawa from London and Parul Bhargava from Paris.

It is only a matter of time till LFW entices the fashionistas in all of us. We wish the models, designers and organisers the very best for the event!

Simon is a Communication, English and Psychology graduate, currently a Masters student at BCU. He is a left-brain person and enjoys anything artsy. At his best when asked to do something new, you’ll find him dwell on “Doing is living!”
Men’s Guide to Lingerie Gifts
Stars gather at House of iKons Los Angeles 2015