After being caught with over £2000 of shoplifted designer clothes a trio of British Pakistani women appealed their 16-week jail sentence.

“It was organised, carefully planned shoplifting."

Three Asian women have been jailed after having travelled over 80 miles to shoplift designer merchandise.

The women have been identified as Razwana Ahmed, 39, Nazia Shazad, 38, and Nargis Noreen, 31 – all of Saunders Road, Blackburn.

This trio travelled at great length to steal clothing worth £2,379 from Hugo Boss at the McArthur Glen Designer Outlet.

The magistrates at York Crown Court heard how these women arrived at the outlet and aroused the suspicion of staff.

Upon investigation, staff found security tags from their stock in a pile at the back of the shop.

After identifying these tags, staff then tracked down the women, who were attempting to leave in a Toyota Avensis.

The police were called to the scene and the women were apprehended.

The trio pleaded guilty to theft at York Crown Court last month and were all jailed for 16-weeks on November 17, 2018.

However, just eight days into their sentences they all appealed to have their punishments overturned.

This plea was unsuccessful as this was not the first instance of shoplifting for this trio.

The three had all been previously given a community order for a similar large-scale shoplifting offence.

The women had received fair warning and punishment upon their first offence.

All three women were banned from Boundary Mill for varying periods, while also having to each pay £100 costs and a £85 surcharge fee.

This incident had occurred five weeks prior to the women travelling over 80 miles to shoplift in York. 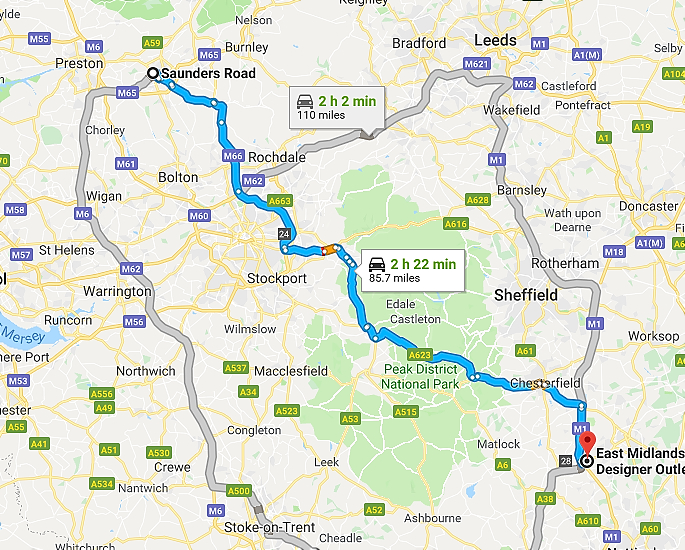 Magistrates at York Crown Court noted that the women had been previously warned, so community service was no longer an option.

“That was the time to say ‘we mustn’t commit any offence which would put us in jeopardy of going to prison’.”

“That sadly they have now done.”

The barrister representing these women, Andrew Petterson, attempted to avoid the trio serving a jail sentence by citing the women’s family life as a means for leniency.

As these women have children who are still dependant upon them.

Shazad has six children, including a three-year-old with “significant medical problems”, Ahmed has four including one with epilepsy and two with learning difficulties and Noreen has two, the oldest of whom was five.

“Consideration could be given now to the imposition of a suspended sentence, given they have now had their first unpleasant experience of a custodial environment.”

However, this plea was dismissed very quickly by the court.

“It was organised, carefully planned shoplifting.”

“We regard the sentence imposed as a lenient one, not harsh.”

Thus, this trio is to return to jail and fulfil the full 16-week period of their criminal sentence.