“my immediate choice for protagonists were dragons.”

A US Indian schoolboy has written and published a 30-chapter book at just 10 years old.

Thaathwik Arsha Abhilash, from Brookfield, Wisconsin, wrote his first book during the Covid-19 lockdown in 2020.

His book, Dragon Summer: A Magical Journey of a Boy and his Dragon Friend, features some of his interests.

It is filled with suspense and has everything from magic and potions to science and nature.

It is published by Pithal Books in India and features a foreword and summary written by Thaathwik’s teachers Mrs Indestad and Mrs Erica Phillips, respectively.

Speaking of the ideas behind his book, Thaathwik said:

“I always loved writing and when my teacher suggested that I write a fiction story about what I would like to do during summer, I was really excited.

“As I love magic and flying creatures, my immediate choice for protagonists were dragons.” 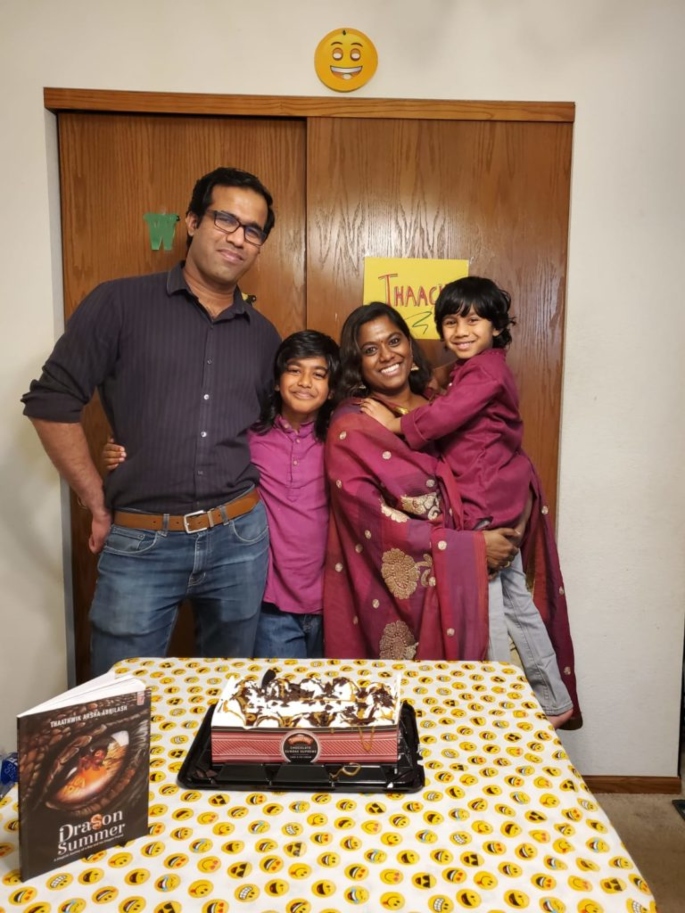 Thaathwik’s story began as a short one, with only two chapters. However, his parents encouraged him to continue it.

Speaking of her pride in her son, his mother Arsha said:

“When he approached us with the first two chapters, we really liked the beginning and were curious to know how he would take it along.

“With the pandemic and online sessions, we were in search of options to reduce the screen time and thought of giving this as a challenge and promised to publish the transcript once the story is completed.

“Just a single printed copy from a nearby shop was our plan and we never thought this would pan out to this extent.”

Arsha, a published writer herself, also spoke about the process of getting her son’s story to a wider audience. She said:

“Once the book was finished we as parents were indeed surprised but wanted to confirm its reach and potential before moving forward.

“We approached published authors and dear friends, Richard and K V Manikandan for a review and their feedback was endearing.

“They entrusted the thought that this book truly addresses the fervour and curiosity of a kid, written by a kid himself, which is actually a rarity to find.

“Hence, we landed upon the decision to publish it, considering it would also be an inspiration for more kids to come forward with their creations.”

As well as writing Dragon Summer, Thaathwik also had a role in the book’s illustrations.

After drawing pictures for the first 10 chapters, a family friend and animator Animesh Xavier brought the book’s art to life.

Thaathwik is now working on his second book, titled Apocalypse. It tells the story of four friends with monsters.

“I am aiming for a series without limiting the story to a single book.”

Dragon Summer: A Magical Journey of a Boy and his Dragon Friend is available to order for US readers on Amazon.