The Zee Telugu Apsara Awards 2018 celebrated the iconic contributions of South Indian actresses to the Telugu film industry. The night of glitz and glam did not disappoint along with recognising the hard work and achievements of these amazing women.

"I wouldn’t have lasted ten days forget ten years, had it not been for your encouragement!"

The Zee Telugu Apsara Awards 2018 took place on Sunday, April 9, 2018, celebrating the success and notable achievements of the best of South Indian actresses.

With the attendance of some of the biggest names of the Telugu film industry at the Kotla Vijay Bhaskar Reddy Indoor Stadium, the ceremony honoured contributions by the women across a number of distinct categories.

Categories included Entertainer of the Year, Sensational Star Award, Rising star of the year, Debut Heroine of The year and Favourite Singer of the year.

Winners were declared based on a public voting system with this platform being a recognisable way to inspire women and thank them for their commendable work.

Each actress graced this wonderful occasion in its third year with some incredible outfits and looks giving fans a treat to remember. 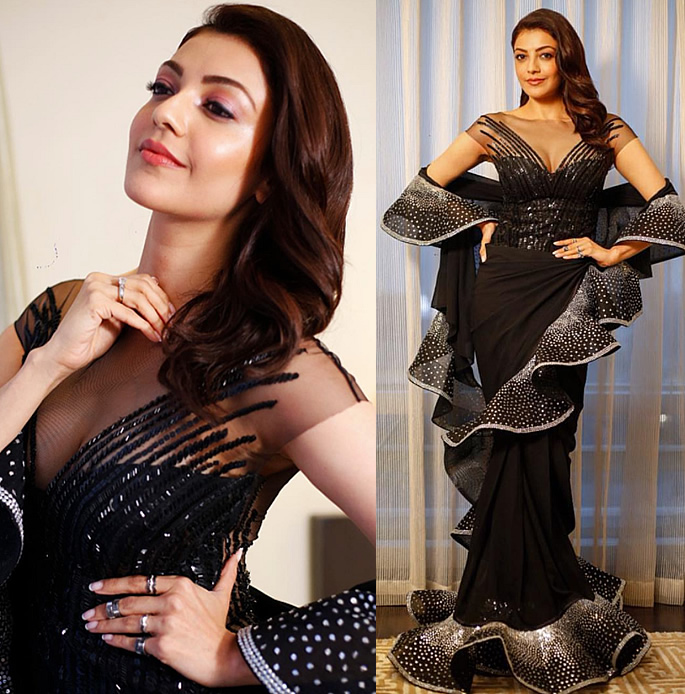 Kajal Aggarwal was the lady of the night, who won two awards – Best Actress of the Year 2017 and Actress of the Decade. Totally in awe of such an honour, she Tweeted on social media thanking her fans and saying:

“I love you my amazing fans. Thanks for the constant love and support. I wouldn’t have lasted ten days forget ten years, had it not been for your encouragement! #humbled #grateful #overwhelmed #ApsaraAwards2018.”

The Most Popular Face of the Year was awarded to Lavanya Tripathi who starred as Meghana(Maggie) in the hit Vunnadhi Okate Zindagi (2017).

Bhumika Chawla who has appeared both in Telugu films like Middle Class Abbayi and Kalavaadiya Pozhuthugal and who has also worked in Bollywood films like M. S. Dhoni: The Untold Story, won the Best Supporting Actress award.

Sreemukhi both a TV and film actress was given the Entertainer of TV award. 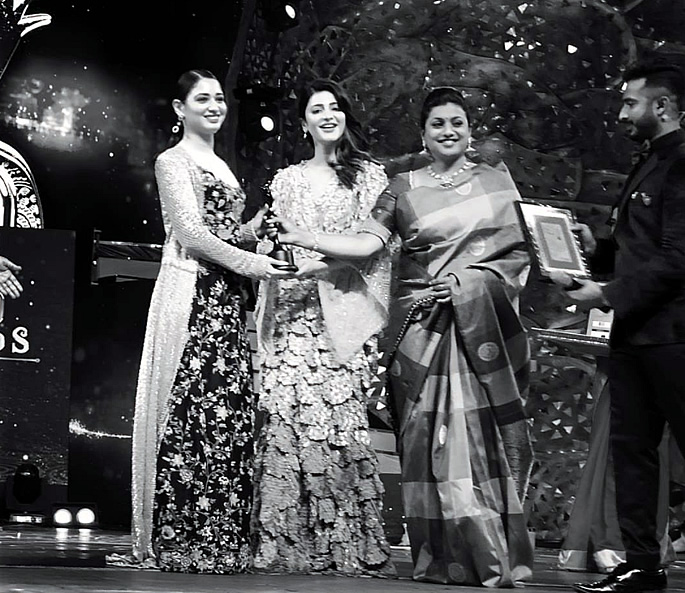 Baahubali actress Tamannaah Bhatia was given the Sridevi Memorial Award by Shruti Hassan and Kalyani Priyadarshan, who is the daughter of veteran filmmaker Priyadarshan, was awarded the Debut Heroine of the Year.

Other South Indian stars present at the event were the Neeraja Kona, Lakshmi Manchu and Shalini Pandey, who appeared in Arjun Reddy.

Here is a full list of the winners of the Zee Telugu Apsara Awards 2018:

Actress of the Decade
Kajal Aggarwal

Most Popular Face of the Year
Lavanya Tripathi

Trendsetter of the Year
Mehreen Pirzada

Icon of the Decade
Shruti Hassan

Social media was busy with posts from many of the winners at the ceremony.

Thank you #ApsaraZeeTeluguAwards for best actress of the year and actress of the decade awards (don’t know where time has flown) #humbled #grateful #overwhelmed Was amazing to witness so many wonderful women excelling in their respective fields. Extremely inspiring ?? huge congratulations to all of you! ? Thank you @stylebyami @shnoy09 @vishalcharan86 @ashwini_hairstylist for putting this look together, wearing @hcraftjewellery rings and concept saree by the fab @abujanisandeepkhosla @sandeepkhosla ? @throughlens_photography for the capture

So post the “Zee Apsara Awards” I wanted to be at my comfy best and share this with you guys ? As I get this “Find of the year” award I would like to thank you guys for being a part of my journey and loving me unconditionally:) And technically this award goes to Sandeep as he’s the one who found me ? #zeeapsaraawards #findoftheyear #thankful #blessed #grateful ? ? PC : @meghanaalluri

There are some days in life which become so much more special than the rest. Today was one such day, to receive a great honour named after Sridevi. My heartfelt gratitude to @zee_telugu for giving me this honour. I am moved. #ZeeApsaraAwards

Check out our gallery of the stars from the Zee Telugu Apsara Awards 2018:

Amit enjoys creative challenges and uses writing as a tool for revelation. He has major interest in news, current affairs, trends and cinema. He likes the quote: "Nothing in fine print is ever good news."
Sri Reddy says Top Telugu Producer’s Son “used to force sex”
Arshad Khan talks Abu: A Journey of Self-Discovery