Why did Salman Khan Cancel his Wedding in 1994?

Salman Khan has always had the ladies swooning over him but has never found his Mrs Right. Yet, was he close to getting married in 1994?

Salman Khan is known as Bollywood’s most eligible bachelor but what many are unaware of is that Salman was close to tying the knot in 1994.

The actor has played the exemplary love interest and husband popularly as ‘Prem’ in several movies.

Throughout his extensive film career, Salman has romanced many leading ladies from Madhuri Dixit, Kareena Kapoor Khan to Katrina Kaif.

Alongside his on-screen romances, Salman has had some prolific off-screen relationships.

These include his relationship with Aishwarya Rai Bachchan who is happily married to Abhishek Bachchan.

Salman has regularly been linked to Katrina Kaif but his latest rumoured relationship is with Iulia Vantur.

The actor is constantly asked the question, ‘Bhai ki shaadi kab hogi?’ on every possible occasion.

Unfortunately, it appears he has never been able to find his ladylove and will not be settling down anytime soon. 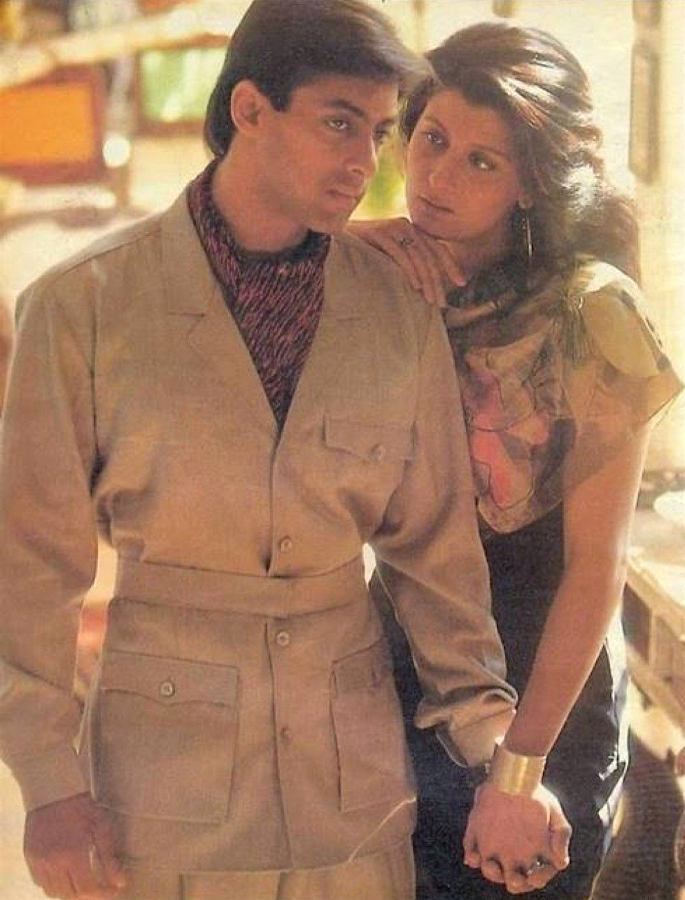 However, in 1994, Salman Khan was dating his then-girlfriend Sangeeta Bijlani who he almost married.

The former couple was besotted with each other and were all set to tie the knot.

Salman’s friend and producer Sajid Nadiadwala made this shocking revelation on The Kapil Sharma Show.

Salman Khan and Sangeeta Bijlani planned to get married on May 27, 1994. He said:

“Salman had gotten an attack in 1994 of getting married. He already had a girl, I had to find one for myself.

“Salman’s father’s birthday is on November 18, so we had decided to tie the knot on the same date.”

However, despite the invitations being sent out and preparations in full swing, Salman reportedly cancelled the wedding just five/six days before. Sajid said:

“Everything was set, even cards were sent out. Just six or five days before the due date, he said, ‘I don’t have the mood.’”

It came to light Sangeeta had, in fact, caught Salman cheating on her and called off the wedding as a result.

On Koffee with Karan, Salman Khan revealed that the allegations against him were true. He did cheat on his fiancee.

Sangeeta went on to meet cricketer Mohammed Azharuddin who she married in 1996. Unfortunately, in 2010, they got divorced.

Despite their bitter past, Salman Khan and Sangeeta Bijlani continue to remain good friends.

Ayesha is an English graduate with an aesthetic eye. Her fascination lies in sports, fashion and beauty. Also, she does not shy away from controversial subjects. Her motto is: “no two days are the same, that is what makes life worth living.”
Best Bollywood Lockdown Memes to Brighten your Mood
Was Vicky Kaushal Stopped by Cops for flouting Lockdown?