Were Sidhu Moose Wala and Burna Boy Releasing a Mixtape?

African artist, Burna Boy, previewed some unreleased songs with Sidhu Moose Wala leading many to believe they had a joint mixtape releasing.

"You gave me inspiration when nothing else was doing it"

Shortly after the announcement of the Punjabi artist’s untimely death, Burna Boy took to social media to share his condolences.

He joined the likes of Drake, Lilly Singh, MIST, Diljit Dosanjh and AP Dhillon who expressed their sadness and shock at the singer’s passing.

Posting a picture of Moose Wala on his story, Burna Boy emotionally penned:

“I guess we will finish our mixtape in heaven. You gave me inspiration when nothing else was doing it.

“A legend died today but a martyr was born. Thank you Sidhu Moose Wala. You will never be forgotten.” 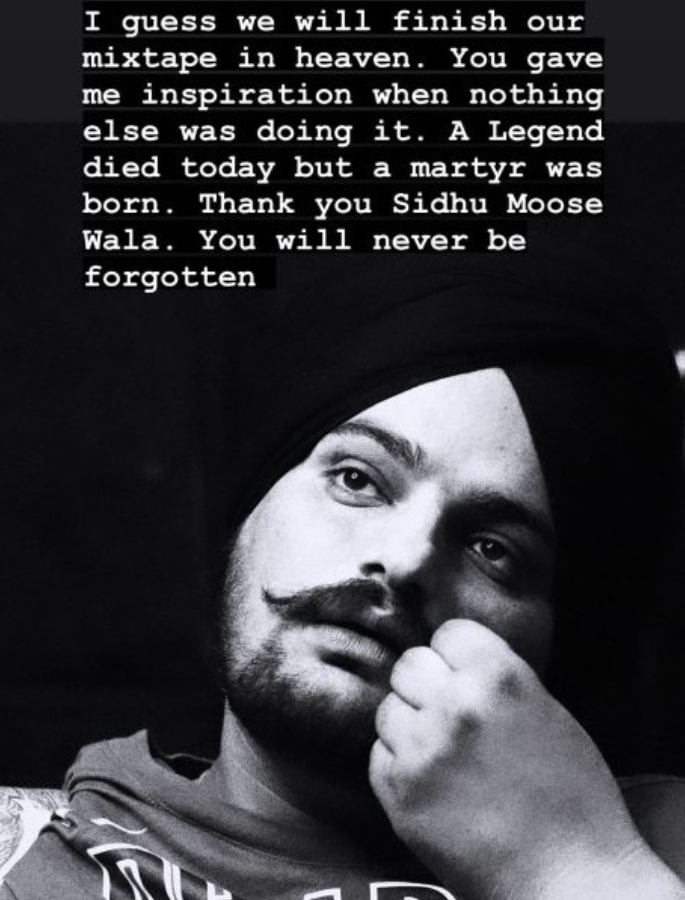 Sidhu Moose Wala had an abundance of respect from all artists and the genres they inhabit.

He was seen as a trailblazer in knocking down the barriers between Punjabi and mainstream music.

Having already worked with many British musicians like Steel Banglez, Tion Wayne and Stefflon Don, Moose Wala had many tracks in the pipeline.

Burna Boy confirmed this by previewing their unreleased track on Instagram, confirming his previous news that a joint mixtape was definitely on the way.

The snippet of the song sounds perfect for both Moose Wala and Burna Boy’s voices.

Burna Boy even uses the same Punjabi-inspired flow and melodies to really emphasise how impactful the Desi vibe was on him.

With a simple heartbroken emoji, Burna Boy provided fans with a long insight into how a full mixtape would have sounded with these legends.

Watch the released snippet of the Burna Boy and Sidhu Moose Wala song:

As musicians around the globe continue to mourn, more came out and previewed some of the songs they had with the iconic singer.

Stefflon Don was one who showed off a song she had in the vault with Moose Wala.

After the success of their 2019 collaboration “47” with rapper MIST, it comes as no surprise that the female musician wanted to carry on her relationship with the Indian artist.

They joined forces again in 2021 for their hit single “Invincible” off the album Moosewala. The song has over 20 million YouTube plays and solidifies just how versatile Sidhu Moose Wala was.

Fans are anticipating that the mixtape between Burna Boy and Moose Wala will eventually release.

However, many understand that out of respect, Burna Boy would not want to release it if it feels incomplete. Time will only tell.