Punjab is one of the most affluent states in India.

Punjab is situated in the north-western part of India. It is surrounded by the states of Haryana, Rajasthan, Jammu and Kashmir, and Himachal Pradesh. Punjab shares one of its boundaries with neighbouring country Pakistan as well.

Despite its relatively small size, Punjab is one of the most affluent states in India. It is predominantly an agricultural land, filled with farms, crops and countryside. In Punjab, you can witness simple and peaceful rural life amidst rapidly growing urban life, which exists in the inner cities.

Punjabi’s are a gregarious people. The real Punjab resides in the rural villages where  most of the families are joint families and people relish togetherness rather than differences.

Punjab is well known for its hospitality, rich culture, traditional music and dance forms (giddha and bhangra performed by girls and boys respectively) and spicy and oily food (both vegetarian and non-vegetarian).

The traditional attire of Punjab is a salwar kameez with a dupatta for females and kurta pajama for males. The climate of Punjab comprises of three seasons mainly: summer (April-June), monsoon (July-September), and winter (December-February).

The top five places which are a must see in Punjab include: 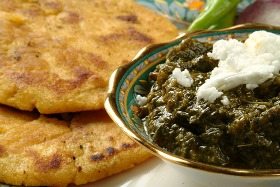 Amritsar is one of the oldest cities of Punjab. The majority of the city still resides in small streets. This city is a paradise for food lovers. Spicy chicken curries, tandoori chicken, sarson ka saag and makki ki roti, lassi (buttermilk), and Amritsari kulcha (Indian bread) are just some of the specialities of this place.

The most exquisite tourist spot in Amritsar is the Golden Temple, the spiritual home of Sikhs. The gold domed building standing amidst the water on four sides is a strikingly beautiful view.

While in Amritsar, tourists can also see Jallianwala Bagh which is a sordid chapter in the history of India because hundreds of people seeking freedom were shot dead here by the British in 1919.

Another tourist attraction is the Wagah border which marks the geographical boundary between India and Pakistan. The evening parade and changing of the guard ceremony by soldiers at the border is a spectacular sight to watch. 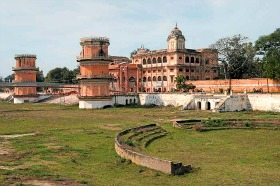 During the British rule, Patiala was the capital of Punjab, hence it’s name as the ‘Royal City’. It is the most serene and cleanliest city in Punjab.

The city is a shopping hub for Punjabi traditional attire, including Patiala salwar, phulkari, paranda, Punjabi Jutti, Pagri and Patiala peg (similar to a large peg of whiskey).

There are many great places to eat around the city, and the food is comparatively cheaper here compared to other towns. 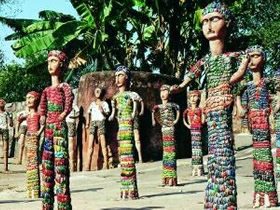 Chandigarh is the capital city of Punjab. It is known as the ‘City Beautiful’, and is therefore a major tourist attraction for nature lovers. Chandigarh’s Rock Garden is a perfect example of creating wealth out of waste.

Rock Garden is an astonishing piece of art created by Nek Chand. It has various objects or statues made up of urban and industrial waste which have been painted and converted into ornate masterpieces.

Other places of interest include Sukhna Lake, Pinjore Garden and a number of amusement parks. Chandigarh also houses various educational institutions like the prestigious Punjab University and other affiliated colleges.

The city is also a delight for all shopaholics out there with countless markets offering the cheapest products to the costliest brands in the world. 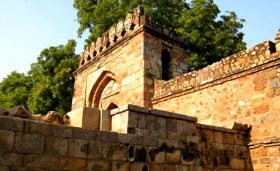 Ludhiana is the industrial hub of Punjab. It is famous for its global textile and motorcycle parts industry which attracts a lot of businessmen to this area.

Ludhiana has all kinds of consumer markets, ranging from street markets to multi-storey malls. Since most of India’s hosiery is manufactured here, there is a large variety of clothing (both summer and winter collections) available at reasonable prices. There is also an exquisite range of woollens and shawls here. 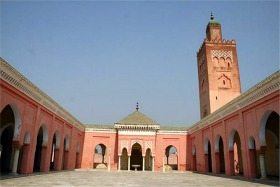 Jalandhar is a city known for its rich tradition. It has plenty of historical monuments which make it an important tourist attraction. Some of these monuments include the Mausoleum of Imam Nasir, Phillaur Fort, Shiv Mandir, Devi Talab Mandir, and Nakodazr Tombs.

Shopping in this city holds a special importance in the Punjab travel itinerary because there is hardly anything that you won’t find here.

Interestingly, Jalandhar is most famous for its sports equipment industry which flourishes here.  Shopping in Jalandhar may include traditional handicrafts, handloom items, leather goods and sports goods.

India’s Punjab is definitely a hotspot of vibrant culture, people and food. It’s rich heritage and history marks it as one of the most interesting and lively places in India. In essence, Punjab is India’s heart and soul, and is a must see for any traveller venturing into these lands.

Taran an Assistant Professor in Marketing, is a fun loving person who loves socialising and has interests in reading, writing, public speaking, cooking and loads of travelling. Her motto is "to keep exploring this world as long as I live."
The Rising Popularity of Shisha
Guide for Women Travelling to India