The Kanjarbhat community in India practice a virginity test of the bride after a marriage ceremony. Although accepted by some, many are now opposing it.

"we only oppose the virginity test."

The Kanjarbhat community hails from Maharastra in India. They enforce a mandatory custom, which is a virginity test for women before they get married.

The elders from this community to this day still deem this practice as acceptable and defend it and say it is a 400-year-old tradition.

Within the Kanjarbhat community, most members follow the custom of a virginity test, where a newly-wed woman has to prove she is a virgin.

When a bride undergoes the virginity test, she accompanies her husband to private accommodation and is given a white bedsheet.

The couple is given a specific amount of time to consummate their marriage. This could be a night or sometime in the day.

Next, the groom must display the bedsheet to members of the ‘panchayat’ (the community’s council).

If the bride did not bleed during intercourse, she is believed to have engaged in premarital sex. The bride is then interrogated and even beaten.

It has proven to be a controversial practice as brides are being forced to prove she is a virgin. In the past, some women have also been exiled from the community for their refusal.

See the video showing the practice 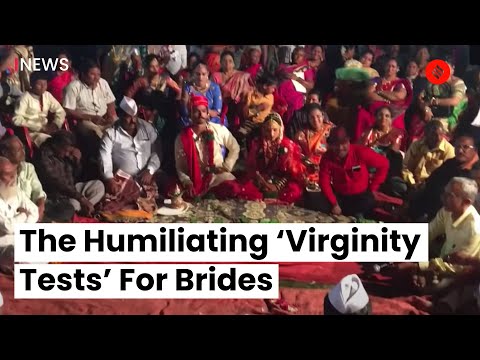 There have been multiple cases where the test has been carried out and the families have not objected to it.

A case where both the groom and bride were highly educated took place in December 2018. The groom had even had an education in the UK.

This couple was married in Koregaon Park in Pune. After the ceremony, the groom was made to conduct the virginity test with his newly married wife by the Panchayat who gathered. 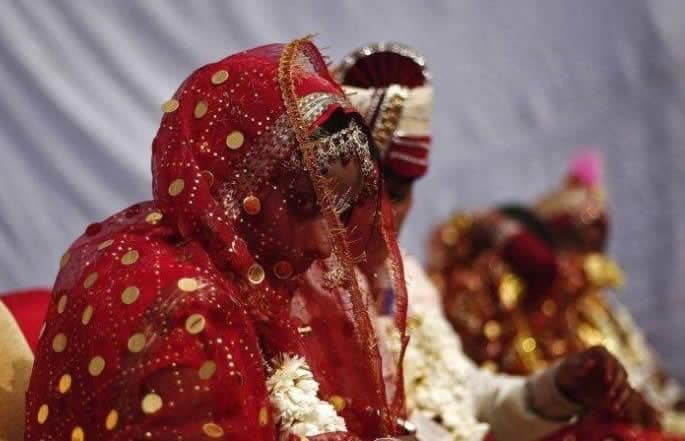 The panchayat waited sitting outside, while the bride and groom were locked inside a room alone to conduct the practice of the test.

The groom was then told to disclose the results of the virginity test to the panchayat after their union in the room.

Opposition to the Test

Of course, not everyone happy with this centuries-old practice, which was even conducted in the west at one time, among higher society families and royals.

There has been a momentum of gradual opposition from within the community with cases being highlighted of women and families not wishing to perform the virginity test.

A case in February 2019, saw the family from the Kanjarbhat community in Pune, Maharashtra, sending an application to local police for protection, stating that their daughter will not perform the virginity test.

The family of the bride submitted the application with the fear that some people from the community would cause issues at the wedding.

“Family members of the bride fear backlash by people against their traditions.

“They have approached us seeking protection for the wedding.”

“We have decided to provide two police constables, or more if needed, for protection at the marriage hall, as it comes under our jurisdiction.”

The wedding took place on Thursday, February 14, 2019, without any members of the Kanjarbhat community causing issues.

In addition to families objecting against the test, protests are emerging from activist groups like ‘Stop the V-Ritual’ who oppose the practice and are trying to get it stopped. 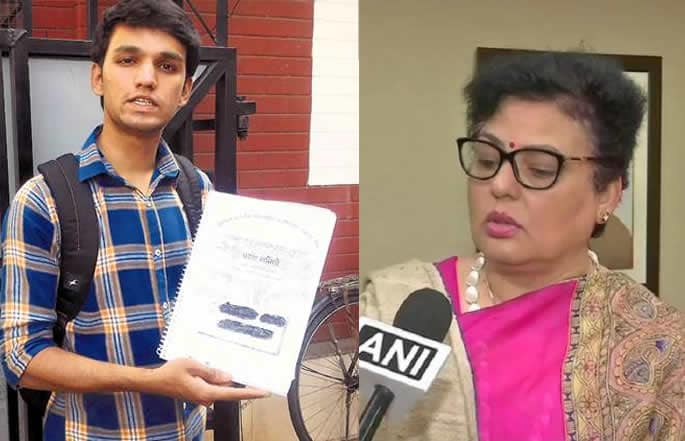 Siddhant Indrekar, a member of the group, said:

“We never oppose any wedding, we only oppose the virginity test.”

“Police should put female constables to monitor illicit activities like virginity tests and the subsequent collection of money by those who judge them.

“They should be charged for extortion.”

The National Commission for Women (NCW) called the custom regressive, misogynistic and in violation of basic human rights and dignity.

Activists have protested against the virginity test and it has led to violence in the past. Members of the community who support the test have assaulted protestors.

The family submitted an application for fear that they may be subjected to violence.

Sharma explained the matter is a serious concern, especially as there have been two cases of forced virginity tests for brides.

“The practice is regressive, misogynistic and in violation of basic human rights and dignity.”

“I, therefore, urge your kind intervention in the matter and request that you may please ensure that the persons guilty or perpetrating such discriminatory, misogynistic practices may be appropriately punished so as to prevent such occurrences in the future.”

Sharma added: “I would also request that any action taken in the matter may be intimated to the commission.”

Ranjit Patil, minister of state for home affairs, Maharashtra, met with protestors. They have announced that the virginity test will soon be a punishable offence.

Although the announcement will change things, it is possible that the practice will still continue within the confines of the Kanjarbhat community and panchayats.

Dhiren is a journalism graduate with a passion for gaming, watching films and sports. He also enjoys cooking from time to time. His motto is to “Live life one day at a time.”
Mental Illness – Why Asian Men find it Difficult to Admit It
Is Having Sex During Pregnancy Taboo?