Vicky Kaushal and Katrina Kaif have officially tied the knot in Rajasthan in what looked to be a royal spectacle.

"Congratulations both of you! You're perfect together."

After much secrecy, Vicky Kaushal and Katrina Kaif have officially married in a lavish ceremony.

The Bollywood couple tied the knot on December 9, 2021, at the Six Senses Fort Barwara in Sawai Madhopur, Rajasthan.

There had been a lot of secrecy surrounding the marriage as there were only rumours. The couple never officially announced a wedding.

Reports also revealed that the wedding was very secretive. This included a ‘no phones‘ policy and non-disclosure agreements (NDAs).

But now, the Bollywood stars are finally married. 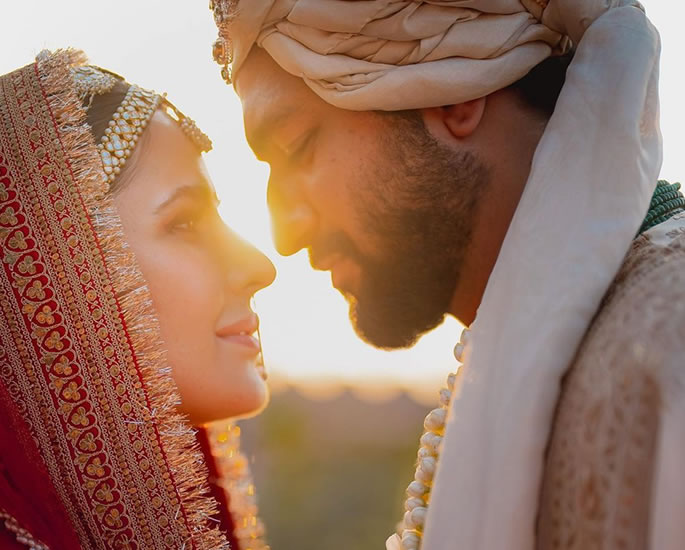 Katrina looked like the quintessential bride, opting for a heavily embellished lehenga that was paired with a gold dupatta and statement jewellery.

She also sported a large nose ring and extravagant earrings.

While it is not confirmed who designed their outfits, a source said Katrina wore a stunning Sabyasachi creation.

The source added: “A special white horse from Sawai Madhopur was arranged for the groom as he arrived at the mandap.

“Bands played in the background as Vicky performed the pre-wedding rituals.” 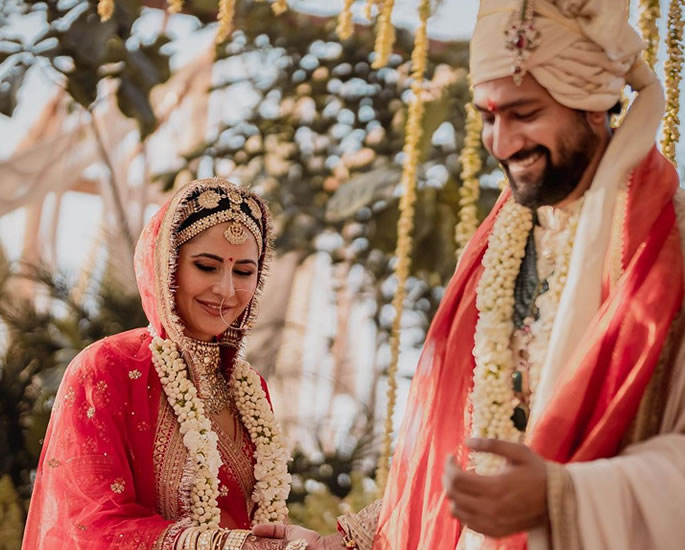 Needless to say, they both looked great for their big day.

Shortly after the wedding, the new husband and wife took to their respective Instagram accounts to share pictures.

Both wrote: “Only love and gratitude in our hearts for everything that brought us to this moment.

“Seeking all your love and blessings as we begin this new journey together.”

This prompted a wave of congratulations from fellow Bollywood stars.

Alia Bhatt said: “Oh my god you guys look so so so so beautiful.”

Priyanka Chopra wrote: “So happy for you! Mere yaar ki shaadi hai! Congratulations both of you! You’re perfect together.”

Kapil Sharma commented: “God bless both of you.” 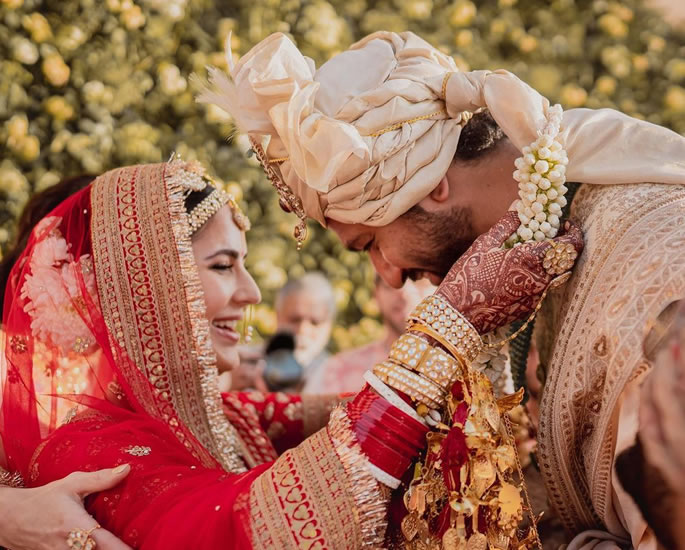 The pair married in front of their families and close friends at the lavish venue.

A viral video, reportedly from the Varmala ceremony, provided a glimpse of the grand event.

The clip shows the couple getting ready to exchange garlands on the balcony, with guests looking on.

Hotel staff wave saffron flags before fireworks went off around the fort.

Their wedding had been a three-day affair, with a mehendi taking place on December 7, as well as a traditional ‘ladies sangeet’ organised by Vicky’s mother Veena Kaushal.

A haldi ceremony was held the following day, followed by a poolside sangeet.

Following their marriage, the newlyweds will host a grand reception at the fort.

Some of the guests at the wedding included Karan Johar, Farah Khan, Ali Abbas Zafar, Kabir Khan and Mini Mathur, among others. 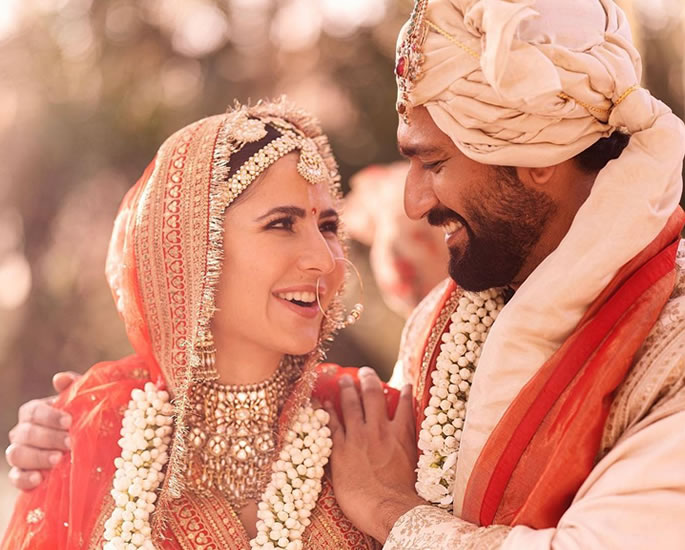 Vicky and Katrina have reportedly been in a relationship for two years, however, they never officially announced nor were even pictured together.

But earlier in 2021, actor Harsh Varrdhan Kapoor confirmed the relationship.

He had said: “Vicky and Katrina are together, that’s true. Am I going to get in trouble for saying this?

“I don’t know. I think they’re quite open about it.”

Dhiren is a journalism graduate with a passion for gaming, watching films and sports. He also enjoys cooking from time to time. His motto is to “Live life one day at a time.”
Rom-com ‘What’s Love Got To Do With It?’ to Release in 2022
Mahira Khan Reveals what She Looks for in a Man