Award winning, Bhangra singer, Garry Sandhu was taken into custody on 27th October 2011 by the UK Border Agency for not fulfilling his right to stay in the UK. Implying that the singer was here on an illegal basis.

"if someone says are you a freshie, I say yes I'm freshie, so what?"

Garry Sandhu, the Brit-Asia award winning singer has been arrested by the UK Border Agency for violating UK immigrations laws. It is revealed that he has not honoured his status to leave the country on a voluntary basis after not having the right to stay in the UK.

Gurmukh Singh Sandhu (Garry Sandhu), the winner of the Best Newcomer and Best Male Act at the recent Brit Asia Awards 2011, was arrested and taken into custody on 27th October 2011.

Ironically, his latest song and video called ‘Fresh’ was based on being a ‘Freshie’ and ‘foji’ which relates to a person who is ‘fresh of the boat’ from India, Punjab. The news of him being an illegal immigrant indicates how close he to the subject matter of the song.

This news will be a shock to the Asian music industry and his fans who saw Garry Sandhu as a new rising star on the scene.

“We can confirm an Indian national was detained yesterday in the West Midlands area. When someone is found not to have a right to remain in the UK, we expect them to leave voluntarily. If they fail to do so, we will seek to enforce their removal.” 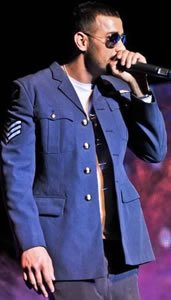 The singer recently performed live at the Brit Asia Awards 2011 at Hammersmith Apollo and at many melas in the UK, including the London Mela. His songs like ‘Sahan To Pyariya’ and ‘Tohar’ recieved a tremendous response. In a recent interview, he said he worked as a brick layer and builder, and decided to pursue a singing career because of the response of his fans and huge ethnic media support such as from Raaj FM, BBC Asian Network and Brit Asia.

It’s evident from the arrest that Garry was not here in the UK on legitimate terms and if proven, the chances are he will be deported back to India. Gary was living and working in Handsworth, a very ethnically rich area of Birmingham.

Garry started his music career in the UK after he was given support by Jas Sandhu who gave him work in catering initially and and then subsequently, became his manager. Garry was introduced to Pamma Sohal by Jas who helped him record and release his first song and music video with music producer Kam Frantic, called ‘Main Ni Peenda’ which brought him attention as a Punjabi singer. 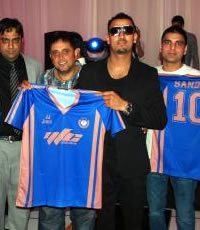 Prior to ‘Main Ni Peenda’ he did attempt a track with music producer Jeeti which was a version of ‘Dil De Deh’ which was not released but was subsequently, re-produced in collaboration with Roachkilla. DJH produced ‘Sahan To Pyariya’ which was a huge hit for Sandhu.

Garry an avid user of Facebook with over 14,000 fans of his page, appeared on many television shows, on numerous interviews and features on a dedicated YouTube channel. Therefore, he was very much in the public eye and performed at many events and functions up and down the country.

Garry openly proud of being a ‘freshie’ himself said:”Proud to be freshie. Okay I’m a freshie but if some one says it behind my back then it hurts me, if someone says are you a freshie, I say yes I’m freshie, so what?”

Therefore, many people will wonder how can an artist like this present himself openly in the manner but also be an illegal immigrant at the same time? This is a question amongst many others that will need answers from Garry, especially for fans of his music who have given him trust, love and support for him as a person and a singer.

UPDATE 1st November 2011
The UK Border Agency has confirmed that Garry Sandhu is still detained and will be until he is deported back. DESIblitz.com will provide you with a full statement with a further update. Not great news for his music loving fans who want him to be allowed to stay in the UK.

UPDATE 4th November 2011
DESIblitz.com can confirm the following news on the case of Garry Sandhu: Garry Sandhu has applied for a Judicial Review of the UK Border Agency’s decision to remove him from the country. In the meantime, Mr Sandhu remains in detention.

UPDATE 24th November 2011
The UK Border Agency confirmed the following update on the case to DESIblitz.com: ‘Garry Sandhu has no right to be in the UK. He has been temporarily released on immigration bail while we consider further legal representations. When someone is found not to have a right to remain in the UK, we expect them to leave voluntarily. If they fail to do so, we will seek to enforce their removal.’

UPDATE 12th January 2012
It’s official that Bhangra singer Gary Sandhu is being deported back to India on 12th January 2012 further to losing appeals to remain in the UK. Read more here: Garry Sandhu gets Deported to India.

Should Garry Sandhu be deported back to India?

What do you think? Give us your view: Are Freshies a Problem for the UK?

As part of the senior DESIblitz team, Indi is responsible for management and advertising. He especially loves producing stories with special video and photography features. His life motto is 'no pain, no gain...'
The Sufi magic of Sain Zahoor
‘Boom Boom’ by Sat Sandhu from Paris