Garry Sandhu gets Deported to India

Bhangra singer Garry Sandhu has been deported back to India by the UK Border Agency for violating immigration laws. The singer lost his appeals to be allowed to stay in the country further to him absconding and residing in the UK illegally.

"We will not tolerate abuse of the immigration rules.."

The UKBA confirmed the deportation of Garry Sandhu and informed DESIblitz of the conclusion of the case of the Bhangra Singer who became very popular for his songs in 2011. The statement from the UKBA said the following.

A rising star of the Asian music scene in the UK has been sent back to India because he was illegally in the country. 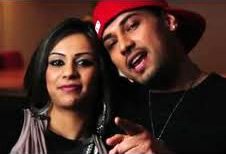 Garry Sandhu, aged 29, first came to the UK in 2002 but, under a different identity, claimed asylum which was refused by the UK Border Agency.

He was then placed on immigration bail where he should have reported regularly to the agency. But, instead, he absconded and the UK Border Agency did not know his whereabouts until he received a criminal conviction for obstructing a police officer in January 2008 when he was caught driving without insurance.

He was then placed back on immigration bail while the UK Border Agency worked to obtain emergency travel documents to remove him because he did not have a passport.

After an emergency travel document had been obtained, officers visited his address in Hanover Road, Rowley Regis in October 2009 but discovered he had absconded again.

The elusive Bhangra star was finally arrested on 27 October 2011 and detained.

He was temporarily released in November while the UK Border Agency considered further representations. These were rejected and Mr Sandhu was re-detained on 16 December before being removed to India last night (12 January).

“We will not tolerate abuse of the immigration rules. This man tried to evade our officers by adopting an alias and absconding. But his arrest and removal should send a message to all immigration offenders that they can run but they can’t hide. We will track them down and we will remove them.” 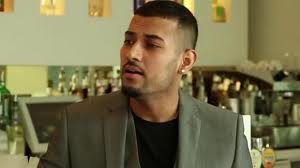 Over the years Garry Sandhu has had a number of Bhangra chart topping songs including ‘Dil De De,’ ‘Fresh,’ ‘Sahan To Pyariya’ and ‘Tohar’ and his fan base has grown immensely both in the UK and abroad. His popularity earned Garry the ‘Best Male Act’ award at the 2011 Brit Asia Awards.

The media attention drawn to the case of Garry’s arrest resulted in fans getting behind Garry to be allowed to stay. In a DESIblitz poll when asked if Garry Sandhu should be deported, 78% of voters said ‘No’ and 22% said ‘Yes’ in the poll. Comments on our coverage of the case demonstrated the interest in the singer on our article: UK Immigration arrests Garry Sandhu.

Many reports on Asian and Desi websites incorrectly stated the singer was staying in the UK giving his fans false hopes. Whilst the reality of the case was that his legal appeals were not going to be enough to make it viable for him to be allowed to stay, despite his bail in November 2011.

While in detention Garry Sandhu updated his fan page on Facebook with the following message:

Big hello to everyone..sorry I havent spoken to all of u for a while. I’m still in the detention centre & theres no internet access here. I wanted to let all my fans know that I’m going back to India tomorrow. Never gonna forget all the love you have all shown me. I hope to see u lot soon, but if not, please keep supporting my music. Wherever I go in the world I will still appreciate the love and support u all give me. Will never forget u. To my haters, u will never stop me making music wherever I am in the world. Rab rakha mitro 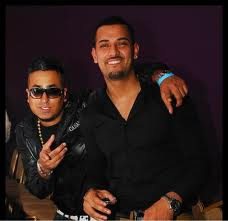 DJ Dips is a music producer that Garry Sandhu worked with on the hit songs such as ‘Tohar,’ ‘Addidas’ and ‘Janta Di Pasand’ and he has stated that Garry’s music will continue despite him no longer being in the UK. He said that there is already activity of new videos being shot in India and new songs being produced with Garry. New songs include a duet with Sudesh Kumari which is a cover of a Chamkila song and also Garry’s new album.

On January 12th 2012, Garry Sandhu returned to India with his parents who came on a visit since he was arrested in October 2011. Many fans would still argue that Garry should have been allowed to stay but it gradually became evident as his case progressed that the chances of him staying were less likely. Communicating an important message from the UKBA that immigrants shall not be allowed to stay in the country if their case confirms their illegal status.

As part of the senior DESIblitz team, Indi is responsible for management and advertising. He especially loves producing stories with special video and photography features. His life motto is 'no pain, no gain...'
Kamal Raja goes ‘UFFF’ in his single
Arun Ghosh the Incredible Indo-Jazz Musician