A UK court has decided to extradite Indian billionaire, Vijay Mallya, back to India, to face charges regarding fraud amounting to Rs 9,000 crores.

Former business tycoon, Vijay Mallya, has been ordered by a UK court to return back to India to face charges of fraud.

A London court decided on December 10, 2018, that Mallya must be extradited back to India and deal with charges of fraud and money laundering.

The airline was reporting mass losses. It was unable to pay its employees with banks and creditors looking to Mallya for repayment of the loans he had taken out.

Amidst all this chaos Prime Minister of India, Narendra Modi, had made it his aim to bring Mallya back to India to make him pay his outstanding debt of Rs 9,000 crores (£90 billion).

It appears the British courts agreed with Modi’s decision and it has been confirmed that Mallya must now return back to India. 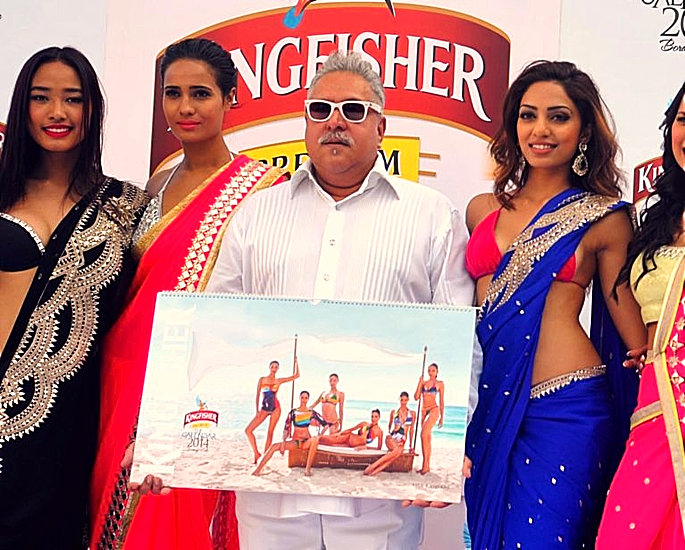 “I am ordering your extradition.”

The judge also referred to Mallya as:

Vijay has previously been nicknamed the ‘Good Time King’ and ‘India’s Richard Branson’.

The billionaire has been made famous by his lavish lifestyle, wild parties and his general playboy persona.

Mallya a previous co-owner of Force India, has adamantly denied the fraud charges against him. He had previously earned his fortune in the liquor trade, being made famous by Kingfisher beers.

He has stated this whole ‘witch-hunt’, has been a politically driven conspiracy against him.

The judge’s ruling to extradite Mallya will be passed over to the Home Secretary, Sajid Javid, for approval.

Mallya’s lawyer has previously used the political climate in India and media scrutiny as reasons to avoid extradition, however, these claims were firmly dismissed in court.

Another defence argument used for Mallya was that the condition of jails in India would infringe upon his human rights because they were not suitable.

After reviewing a video, which depicted the recently redecorated Barrack 12, of Mumbai’s Arthur Road Jail, where Vijay Mallya would be taken.

The judge said that the jail:

“Gives accurate portrayal and has been recently redecorated.”

The court also highlighted that the jail has special medical provisions in place for Mallya and that there is no evidence to suggest this jail would be an infringement on Mallya’s human rights.

Indian politicians have taken to Twitter to highlight their delight in the UK’s decision to extradite Mallya.

Most have credited Prime Minister, Narendra Modi, for this win of anti-corruption in India. The timing is particularly useful as elections are currently taking place in India.

Vijay Mallya's extradition is a very significant development in India's fight against corruption. The credit for this goes entirely to Prime Minister @narendramodi, who ensured that the agencies were unrelenting in their pursuit of the man who had bled Indian banks and fled.

PM @NarendraModi had rightfully said, 'You can run but you can't hide, no one can escape the Law'. His promise to the nation has been fulfilled as a UK Court has ordered Vijay Mallya's extradition to India on charges of fraud #ModiGetsMallya pic.twitter.com/iziK7VzjTs

Outside of  the Westminster court after the verdict, Vijay Mallya stated that he had plans in motion already to repay his loans.

“My settlement offer is made before the Karnataka High Court. It is not related to this extradition trial. Nobody disrespects a court of law by making a bogus offer. The assets have been attached by the ED so they cannot be bogus assets.”

Interestingly, Mallya is an ex-member of parliament for Karnataka, he served his role during the period of July 1, 2010-May 2, 2016.

So, it appears the ex-tycoon may still be using his pre-established contacts to help him in this situation.

However, the approval of Vijay Mallya’s extradition now lies with the Home Secretary and Mallya does retain the right to appeal this decision in higher UK courts.