Na Muthukumar was one the most prominent lyricists of South Indian cinema who brought a new dimension into the film industry.

Muthukumar worked with the complete galaxy of top music directors such as Ilayaraja, A.R. Rahman, Harris Jayaraj, Yuvan Shankar Raja, GV Prakash and many others.

He composed lyrics for virtually 1500 songs in the last 15 years, and most of them were hits and became sensational among people.

Muthukumar entered the silver screen with an aspiring dream of becoming a director and he worked as an assistant for veteran Director Balu Mahendra. His rich poetic Tamil, originality and freshness in imagination swept away the entire cinema world. He became the most sought after lyricist of the era.

He outshone both as a lyricist and a poet as he achieved great heights in his brief but illustrious career. He also introduced eloquent and meaningful poetry into his films songs, giving them substance and affluence.

Muthukumar was adored by many directors as his lyrics were simple yet dense. He was said to hold the ability to write a song within less than an hour for any situation in a film.

In 2006, he was granted a PhD for his thesis on Tamil songs and their impact on the society. MuthuKumar was awarded an honorary PhD in 2014 from the International Tamil University, USA acknowledging his poetic journey.

Muthukumar bestowed National award for the song ‘Veyil Oda Vilayadu’, a song from the movie Veyil.

This followed Thanga Meengal’s ‘Anandha Yazhai Meetugiral’, which is a beautiful tribute to the father-daughter relationship that the film revolves around. 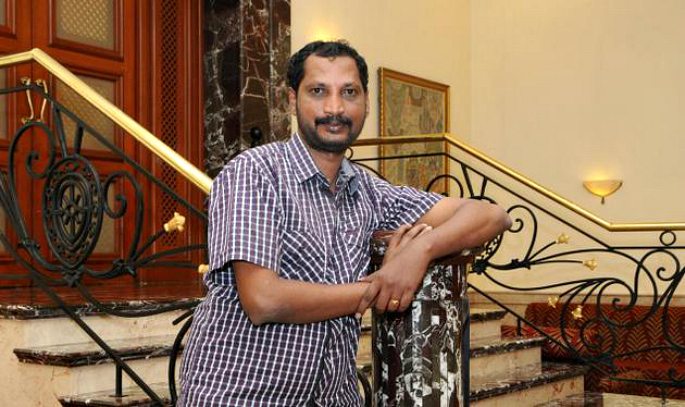 Na Muthukumar portrays the essence and beauty of a father’s love for his daughter in his song ‘Ananda Yaazhai’ in the film Thangameengal. It brought him the 2013 National Film Award for Best Lyrics and the Filmfare Best Lyricist Award (Tamil).

He was also bequeathed with the National Film Award for Best Lyrics and the Filmfare Best Lyricist Award (Tamil) in the year 2014 for the song ‘Azhage’ in the movie Saivam.

He was married to Jeevalakshmi, and together they had two children, a son Nagarajan and a daughter Yogalakshmi.

After suffering from Jaundice followed by high fever, Muthukumar passed away on August 14, 2016. His untimely death at the age of 41 has sent the entire Tamil world into lamentation and grief.

Tributes have been pouring across India and abroad.

Prior to his passing, Na Muthukumar wrote a letter to his 9-year-old son which stands as an evidence for his much-celebrated life. DESIblitz translates the letter from Tamil below:

“To my dearest son,

“This is my first letter to you, from your father.
You are not in an age, to understand what I am writing now.

“Because just now you are learning to walk holding the fingers of the language.
You would reach your adolescence through the colossal river bank of age.
The angels with wings would bless your dreams.
The body of women would surprise you.

“Just like I searched for the key to the box of hidden secrets of my father, you would also comb for.
That is the time you need to be in charge and secure. There is nothing you do not know. Act prudently.

“Travel a lot. The windows of the journeys are the ones that open two eyes in your spine. 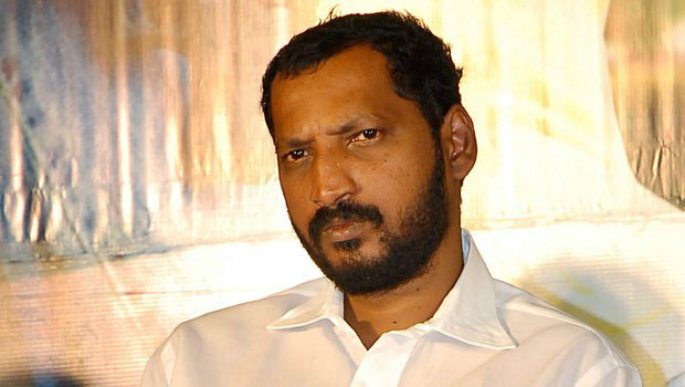 “If somebody asks you never say ‘No’, help them even at the cost of taking a loan.
The happiness you get is matchless.

“With your kindred, be close with them at the same time be distant too.

“The best bond in this world is only friendship.
Collect good friends and your life will be straight.

“Tomorrow after tomorrow when you would be playing with your grandchildren in some village, if you remember me, read this letter.

“I will be alive in the tear, gushing from your eyes.

Muthukumar was a kind-hearted and a sensitive soul who put a piece of him in every song he wrote. Since his debut in 2000, Muthukumar left his seal on Tamil films in a way that cannot be unheeded.

Na Muthukumar, though his body is no more with us, the delicate fragrance of his beautiful words and the melodies of his verses will always remain.

Shameela is a creative journalist, researcher and published author from Sri Lanka. holding a Masters in Journalism and a Masters in Sociology, she's reading for her MPhil. An aficionado of Arts and Literature, she loves Rumi's quote “Stop acting so small. You are the universe in ecstatic motion.”
India’s Next Top Model 2 in Shocking Elimination
Best Indian TV Dramas of 2016