A premium Pakistani platform has become the go-to place for Urdu web shows. We showcase the 5 best UrduFlix Originals that you should watch.

“I hope you guys like me in the acting ground"

UrduFlix has become a key platform from Pakistan, providing the finest premium original content in the Urdu language.

These include the production of hard-hitting web series, addressing key issues from women’s rights to the dark world of the media.

We closely look at 5 courageous UrduFlix Originals that are definitely worth watching. 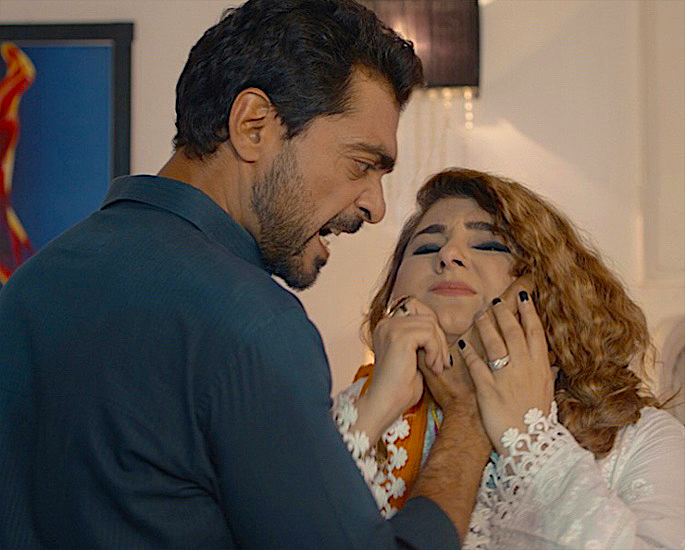 Aurat Gardi revolves around a woman activist (Javeria Saud) who takes part in the elections in an attempt to finish misogyny.

Famous star Ally Khan is the other lead in a series, which has feminism at the core of it.

The first trailer of the series made its way via YouTube on March 6, 2021. The second teaser became available through the same platform on May 19, 2021.

The trailers themselves highlight the Aurat March, women’s rights, and justice. Interestingly Ally’s character does not believe in equality as he delivers the dialogue:

“She seems really strong. Maybe that is why she does not need any men.”

This is exactly what the series targets to counter-act. Farhan Gauher is once again the executive producer of the series, with Ayaan Hussain taking the director’s chair.

The director of photography, Shahrooz Khan is creative with the feel and lighting of the series.

Season one with six episodes shows intensity through the camera lens. The cinematography also has a contrast of dark and warm lights in one single shot, representing a confrontation. 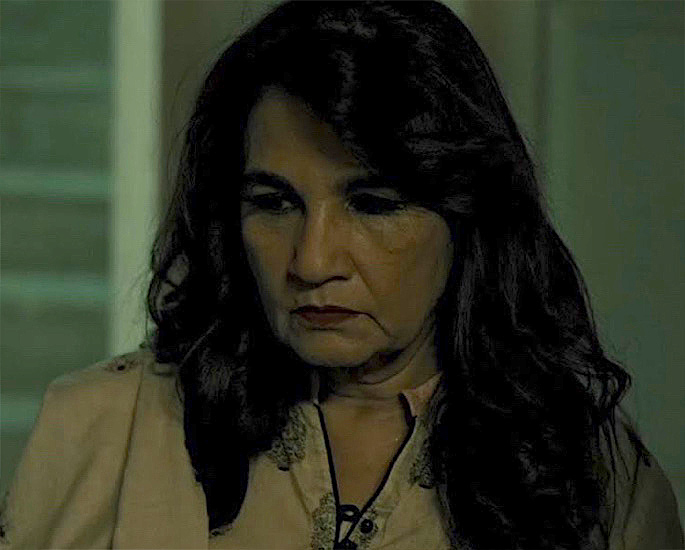 Dai is amongst the bravest UrduFlix Originals. The web series focuses on illegal abortions. Celebrity model, Frieha Altaf plays the lead role of Dai in this web show.

According to Frieha, her character is “evil, sadistic and conflicted” in the series.

Dai follows a frantically guilty woman who carries an abortion, which is illegal in Pakistan. It is her greedy, bitter, and betraying past, which leads her to this action.

The creative drama has characters, which will engage the audience, providing a memorable experience. Syed Mohammad Ahmed is the writer of the series with Farhan Gauher being the executive producer.

Producer, Nauman Mujeeb Khan was grateful to his senior, sharing the teaser on his Facebook, along with writing:

“Thanks Farhan Gauher for trusting and believing in me and my skills.

“I seriously hope I will do complete justice to your trust and bring entertainment and great content to the audience and Urdu Flix Official.”

Farrukh Faiz is the director of the series, which has six episodes as part of season one.

Kudos to the entire production team at Urduflix for highlighting this issue, despite some fans expressing their anger on the story. 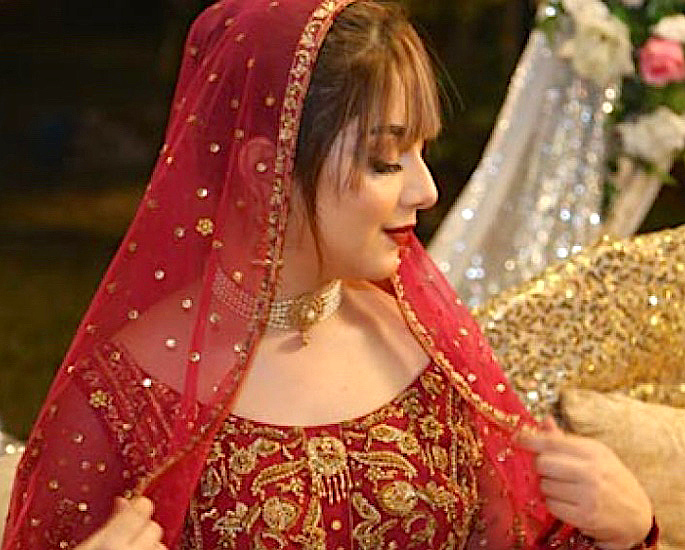 Rao Ayaz Shahzad serves as the director of the series, with Farhan Gauher being the producer and Mansoor Syed writing it.

Alizeh Shah, famous for the drama Ehd-e-Wafa (2019) stars in this web series along with Danial Afzal Khan.

“The web series is about a one-night thriller about a bride and whatever events happen in the night.

“It has suspense, thrill, and a cinematic experience to it.”

The one-minute trailer that came out shows Alizeh in a red bridal outfit. Despite walking down the aisle, the independent girl Nisha (Alizeh) is seen running away on her nuptial night.

Going by the trailer, the web series is full of adventure, mystery, and suspense. Season one of Dulha Aur Aik Raat has a total of six episodes. 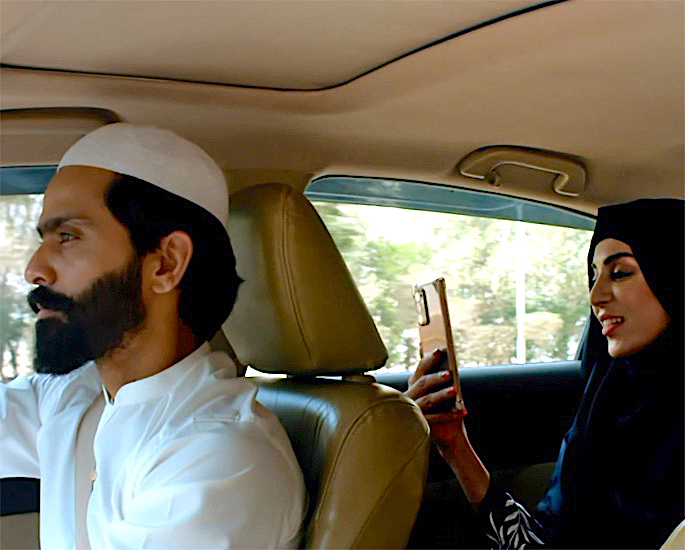 Khudkash Muhabbat is one of the interesting UrduFlix Originals, especially as it has an indirect link with cricket.

The web series is not around sports but stars Pakistani Test batsman Fawad Alam in a lead role. Ever since the trailer of the web series came out on April 8, 2021, there was a big buzz surrounding it.

At the time, Fawad Alam went on Twitter to share the trailer as well as tweeting an official announcement:

“Conspicuously delighted to announce my debut as an actor in the upcoming Urdu flix web series “Khudkash Muhabbat.

“I hope you guys like me in the acting ground as much as you did in the cricket ground! Your prayers, love and support matter the most.”

The story revolves around Ahmed (Fawad) who comes from a middle-class family. He dreams big, whilst teaching at an institute that has a focus on faith.

His father works in the house of a religious scholar, Mir Shahab as a driver. Meanwhile, Ahmed is in love with Zaib who happens to be Mir Saab’s daughter.

But with Mir Saab announcing his daughters’ marriage, will Ahmed and Zaib be finally together? Khudkash Muhabbat has one season, comprising of six episodes. 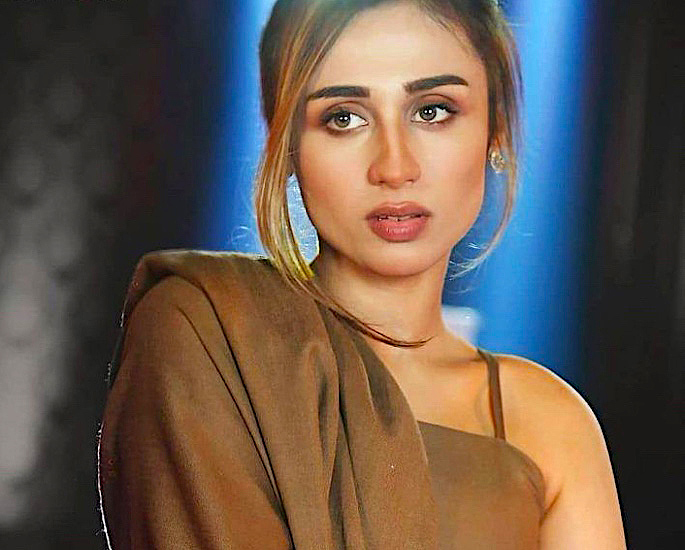 Lifafa Dayaan is one of the most thrilling UrduFlix Originals, which is once again helmed by Rao Ayaz Shahzad.

Playing the leading role of Alina Ali in the web series is the Pakistani model and actress Mashal Khan. She portrays a contentious and anxious news anchor, with a keen human interest.

As a result of her character, she lands herself in a challenging situation. The audience will see her managing fame and a personal context, depicting prominence with a dark twist.

As per the trailer, the series has powerful dialogues, with one from Mashal, saying:

The series zoom into the media industry, with a message of how it should be a more safe environment for women.

Viewers will stay on the edge of their seats, especially when it comes to the character of Mashal. Season one of this web series contains seven episodes.

UrduFlix is gradually expanding its library, with many more dramas and shows coming up in the future. Viewers can watch these UrduFlix Originals via a small monthly or annual subscription fee.

Besides, Turkish  Arabic, and Korean Dramas, Iranian movies are also available to watch on this platform.

The first episode of each of the Urdflix Originals are free to watch. So, spare a moment and see them for yourselves.

Faisal has creative experience in the fusion of media and communication and research which increase awareness of global issues in post-conflict, emerging and democratic societies. His life motto is: "persevere, for success is near..."
Sara Ali Khan Pens Note for Late Sushant Singh Rajput
Rom-com ‘What’s Love Got To Do With It?’ to Release in 2022