Alizeh Shah has been winning the hearts of millions with her acting skills. It appears an older fan is besotted with the actress and wants to marry her.

Alizeh is the young new face of the Pakistan television industry and has excelled in a short period.

The 19-year-old actress made her debut with the drama, Ishq Tamasha alongside Kinza and Aiman.

Her performance gained appreciation, love and admiration from the audience.

Currently, Alizeh Shah is making her mark with the popular drama Ehd-e-Wafa.

There is no doubt the young star is capturing the hearts of millions with her amazing acting skills.

Alongside her increasing fame, Alizeh has numerous fans, some of which are crazy. One such fan is Shakeel Abbasi who recently proposed to the actress. 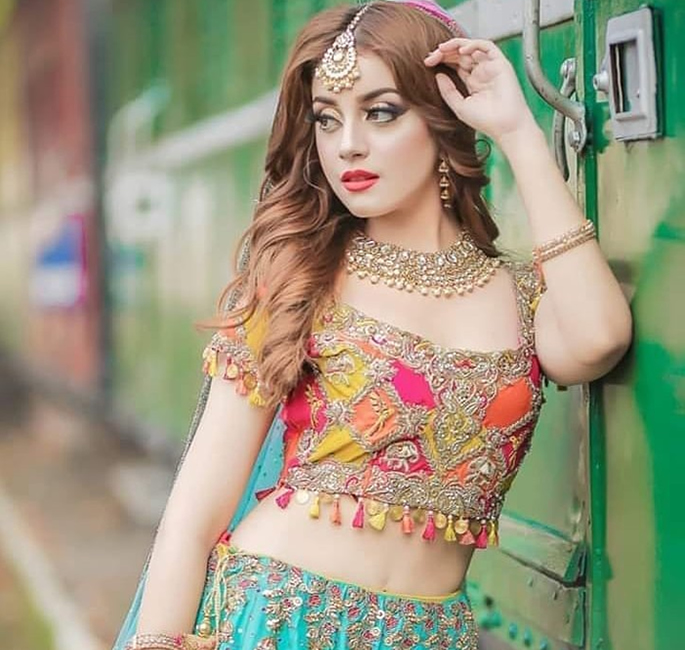 During an interaction with Ek Din Social Media Ke Saath, Shakeel professed his desire to marry Alizeh. Shakeel was asked: “why have you not got married in the last 60 years?” He replied saying:

“This is to do with destiny and who you like. No, I have not liked anyone. But when I watched the drama Ehd-e-Wafa I saw Dua (Alizeh) and I liked her.”

Despite the large age gap of 41 years, Shakeel believes that should not be an issue. He said:

“It is not a problem. This is a matter of the heart and who you like. My heart is young.”

Shakeel continued to state he would give Alizeh Shah 5000 tolas in gold if she accepts. One tola is equivalent to 10 grams in gold. Shakeel said:

“If she accepts my marriage proposal I am willing to give her 5000 tolas in gold.”

Arranging for this large amount in gold does not seem to be a problem for Shakeel Abbasi. He stated:

“I will arrange for it. In one or two months, I will get it. If I am offering it, I will fulfil it. I am completely serious.

“It’s the matter of the heart and I have not liked anyone before. This is the first time I have liked someone so I will definitely arrange the gold.”

The idea of having fans who admire and love you for your work is certainly rewarding.

Yet, in this instance, Shakeel Abbasi has taken his admiration to a new level with his marriage proposal for Alizeh.

His offer of gold shows how serious he is about marrying the young actress.

What do you think about this marriage proposal for Alizeh Shah from an older fan?

Ayesha is an English graduate with an aesthetic eye. Her fascination lies in sports, fashion and beauty. Also, she does not shy away from controversial subjects. Her motto is: “no two days are the same, that is what makes life worth living.”
Is Amitabh Bachchan hinting Retirement from Movies?
Court summons Ameesha Patel for Cheating Producer