Legal troubles continue for actress Ameesha Patel who has been caught cheating producer, Ajay Kumar Singh, who invested in her film, Desi Magic.

"She said I am a small investor and I should keep quiet."

Bollywood diva Ameesha Patel has landed herself in a messy situation with the courts for financially cheating a producer.

In 2017, Ameesha Patel met with producer Ajay Kumar Singh and proposed he invest Rs 2.5 crore in the film Desi Magic (2010).

The shooting for the film was already underway at the time but due to financial issues, it got halted. This led to Ajay Kumar Singh’s investment into the project.

Reportedly Ameesha stated that the producer will gain 10% interest and 10% share of the profit.

The deal was accepted by Ajay and he made numerous payments over the next couple of months.

Yet when it came to repaying the producer, Ameesha’s tone changed.

According to IANS, Ajay Kumar Singh commented on the events which led to the summon being presented. He said:

“Ameesha Patel and her business partner Kunal had taken Rs 2.5 crore for making a film.

“They had assured to return the money after the release of the film in 2018. The film never released in 2018.

“When we approached Ameesha Patel for the money, she gave a cheque of Rs 3 crore which bounced.

“When I tried to do a follow-up, her whole attitude changed and she said I am a small investor and I should keep quiet. But it is my money.” 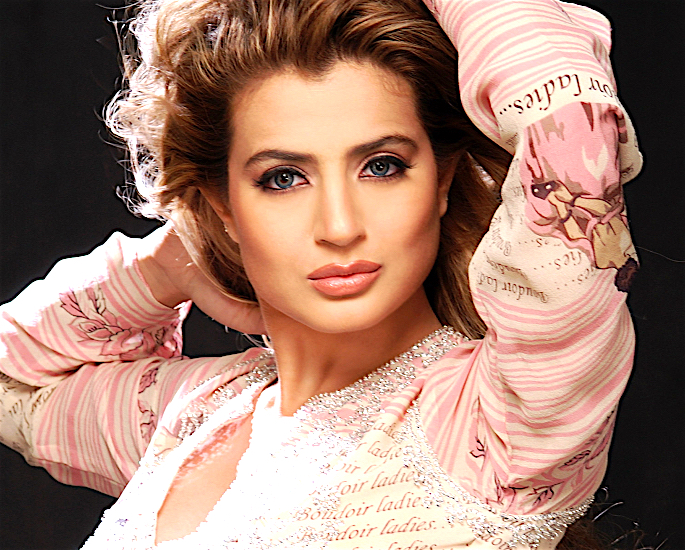 As a result of Ameesha’s negligence, Ajay was forced to take action against the actress.

He went on to say how he approached a Ranchi Civil Court to issue a warrant against Ameesha. He explained:

“We have filed a case in a Ranchi court after a cheque of Rs 3 crore bounced.

“She has not responded to anything with regard to the money she borrowed from me last year (2018) for the release of a film named Desi Magic.

“Now she has been summoned by the court and she has to appear before the court. If she doesn’t come, a warrant will be issued against her.

“We went to court on June 17 with the request to issue a warrant since she is not responding but the judge of the court suggested sending a summon by the police before an arrest warrant.”

Meanwhile, Ameesha Patel has invited more trouble for herself with another cheque bounce.

A recent report allegedly claimed that a Madhya Pradesh court has issued a summons to Ameesha. This time for a 10 lakh cheque bounce.

The court has stated Ameesha must stand before a judge on January 27, 2020.

According to Koimoi, the practitioner Nisha Chhipa’s counsel, Durgesh Sharma stated: “The JMFC directed the actor to remain present before it on January 27.”

It appears Ameesha Patel is up to her neck in legal troubles. There is no doubt Ameesha’s cheating case has come as a shock to her fans.

Ayesha is an English graduate with an aesthetic eye. Her fascination lies in sports, fashion and beauty. Also, she does not shy away from controversial subjects. Her motto is: “no two days are the same, that is what makes life worth living.”
Actress Alizeh Shah gets Marriage Proposal from ‘Older’ Fan
Bollywood Stars condemn Brutal Murder of Dr Priyanka Reddy