The History & Popularity of Alcohol in India

Alcohol in India has changed a lot over the years. The history includes a variety of different beverages that are available today.

"I drink to make other people more interesting."

The history of alcohol in India goes as far back as 2000 BC and today is a huge topic of conversation in the country. Issues surrounding the effects of alcohol abuse are readily discussed.

The country’s stance on prohibition is ever-changing and has been that way since 200 BC. Mahatma Gandhi said that alcohol is a sin and state policies have been changing since British rule.

Alcohol revenue is huge in the country and the main reason some states argue against prohibition. In the states that do have prohibition, illegal production and consumption of alcohol still occur.

If this is the case, is prohibition a waste of time? Alcohol has changed a lot since 2000 BC and different parts of India are famous for their own beverages.

This is a history of alcohol in India, its flirtation with prohibition and the varieties of alcoholic beverages that can be found in the country today.

Prohibition Over the Years 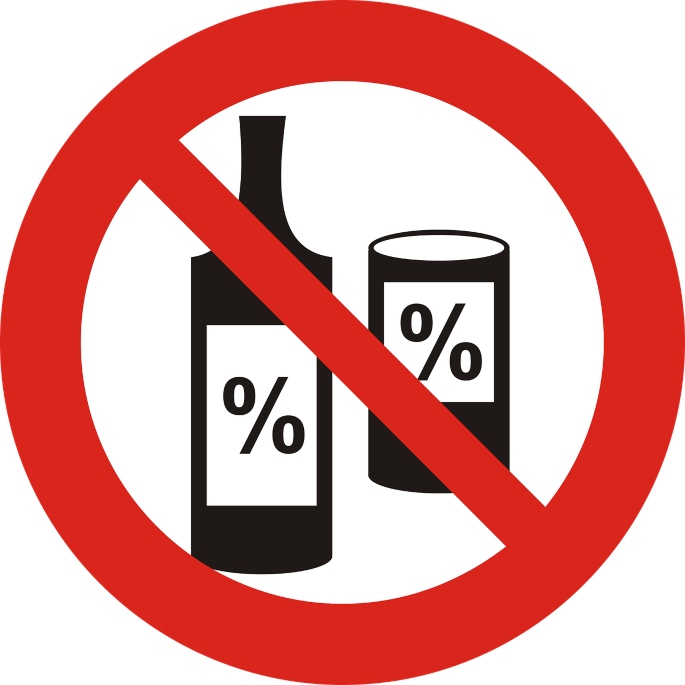 Ancient Vedic texts dated back to 2000 BC are the earliest found that mention alcohol in India. They talk about the inebriating effects of Soma and Sura.

Soma is a drink that is produced from the plant of the same name and Sura is a fermented alcoholic beverage made from rice, barley and millet. Interestingly enough, prohibition was first mentioned as early as 200 BC.

Alcohol consumption was only denied to those of a priestly class such as elite Brahmins. During 1200-1700 AD, the Mughal era had a strong emphasis on prohibition in Islam but alcohol use was still high.

Mughal emperors themselves would regularly consume alcohol and opium. During the British rule of India, the manufacturing of alcohol was only allowed in licensed government distilleries.

Traditional beverages were replaced by factory-made ones with much higher alcohol content. Under British rule, the availability and consumption of alcohol in India began to rise. Mahatma Gandhi lobbied for prohibition, saying that alcohol was a sin.

Prohibition made its way into the Constitution in the form of Article 47 which said:

“The State shall endeavour to bring about prohibition of the consumption except for medicinal purposes of intoxicating drinks and of drugs which are injurious to health.”

Although prohibition was encouraged, it was down to the individual states as to what their policy on alcohol would be. States controlled their own legislation as well as the production and sale of alcohol.

Prohibition lasted in most states in newly independent India until the mid-1960s.

By 1970 it was only the state of Gujarat that retained complete prohibition. There are three types of prohibition across India.

One is complete prohibition, as seen in Gujurat, one is partial prohibition where one or more types of liquor are banned and the other is dry days where prohibition is observed on certain days.

In 2016 prohibition was announced in Bihar by Chief Minister Nitish Kumar.

The law not only promises jail time and fines for those found breaking it, but it also has a possibility of capital punishment where consumption is proven to cause casualties.

Many states make a lot of revenue from the taxation of alcohol in India, around 15-20% and this is one of the main reasons that prohibition is seen as more harmful and why policies are always changing. 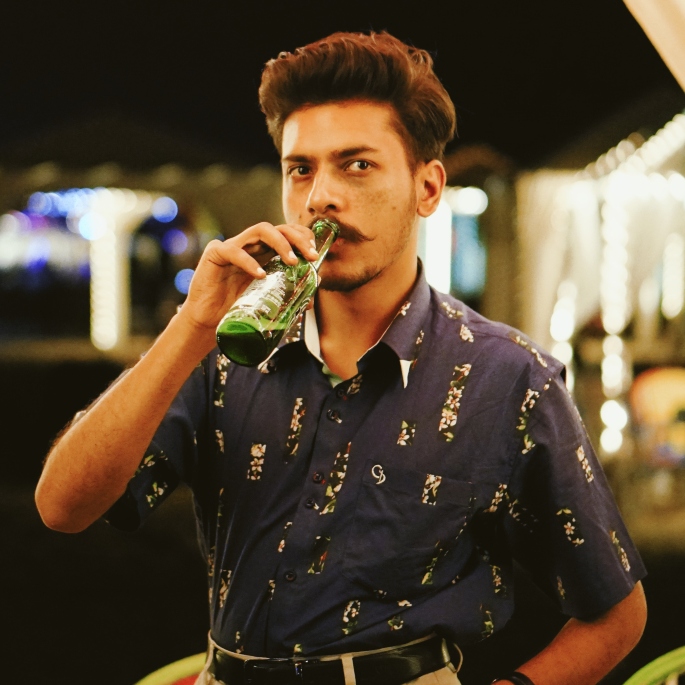 Alcohol in India is readily available to the rich but the poor often drink illegal brews. This not only causes deaths due to methanol poisoning but also increases bootlegging.

Whereas some countries have raised taxes to reduce consumption, this is not a tactic that India could use successfully. Access to illicit alcohol and substances is incredibly easy.

Laws around hours of sale, sale of alcohol to minors and driving whilst drunk are also broken regularly. The most common forms of alcohol are arrack, toddy, country liquor, illicit liquor, Indian Made Foreign Liquor and imported liquor.

The alcohol content in arrack, toddy and country liquor is between 20 to 40%. The content of illicit liquor is much higher, usually, up to 56% and the production of it is a very big problem in India.

Some ingredients used in illicit liquor are the same as in country liquor but added items such as industrial methylated spirit make it much stronger.

Illicit liquor is also a lot cheaper than country liquor which is why it is so popular in rural areas of India. There are many parts of India in which each village will have one or two units producing the liquor illegally.

It is very difficult to measure just how much illicit liquor is being produced and consumed in the country.

Some studies have been done and on the surface find that alcohol consumption is determined by factors of class, ethnicity, gender and region but these are only fragmented studies, making it difficult to paint a clear picture.

The IWSR Drinks Market Analysis done by a research firm in London found that India is the ninth-largest consumer of all alcohol in the world.

It is the second-largest consumer of spirits and consumes 663 million litres of alcohol a year, an 11% increase since 2017.

India drinks more whiskey than any other country in the world, three times more than the US who are the second-largest consumer.

Southern states Tamil Nadu, Kerala, Karnataka, Telangana and Andhra Pradesh account for more than 45% of all liquor sold in India. The World Health Organisation (WHO) has estimated that 11% of India are binge drinkers.

The global average is 16%. A third of these are drinking country and illicit liquor. The WHO also says that it is this ‘unrecorded’ alcohol in India that makes up more than half of all alcohol consumed.

In many states, this type of alcohol is not taxed or recorded so it is difficult to keep track of.

Now that we have looked at the history of alcohol in India, here is a list of some of the varieties available in the country today. 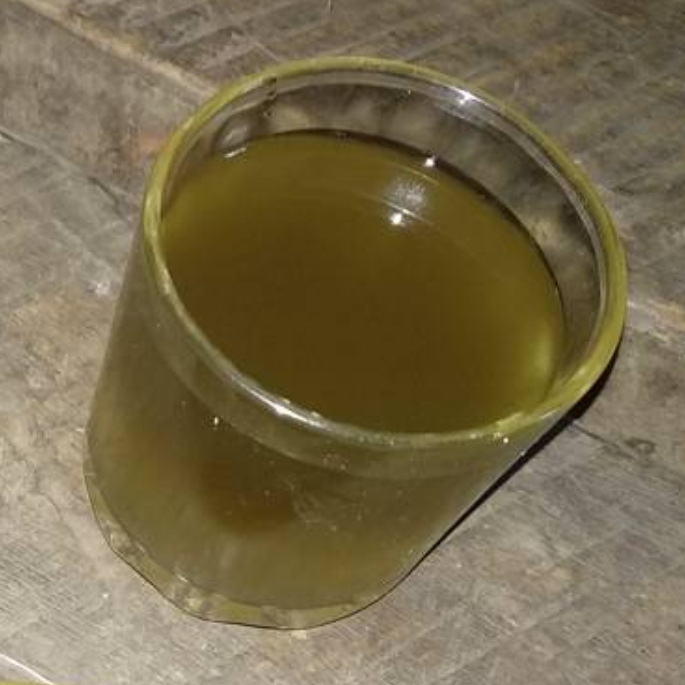 Assam, in Northeast India, is known for a rice beer called Apong which has been made there for centuries. The Mising and Adi tribes make batches of it for happy occasions such as weddings and festivals.

30 different types of tree leaves, grass and creepers are used to make Apong. Along with rice, bamboo and banana leaf are also added.

Handia is a popular drink in Orissa, Jharkhand and Bihar as well as in parts of Bengal. It has been part of the culture since ancient times and is considered to be very auspicious.

Usually drank in times of celebration, it is also offered to the local Gods during festivals. Fermented herbal tablets and rice are used to make the liquor. 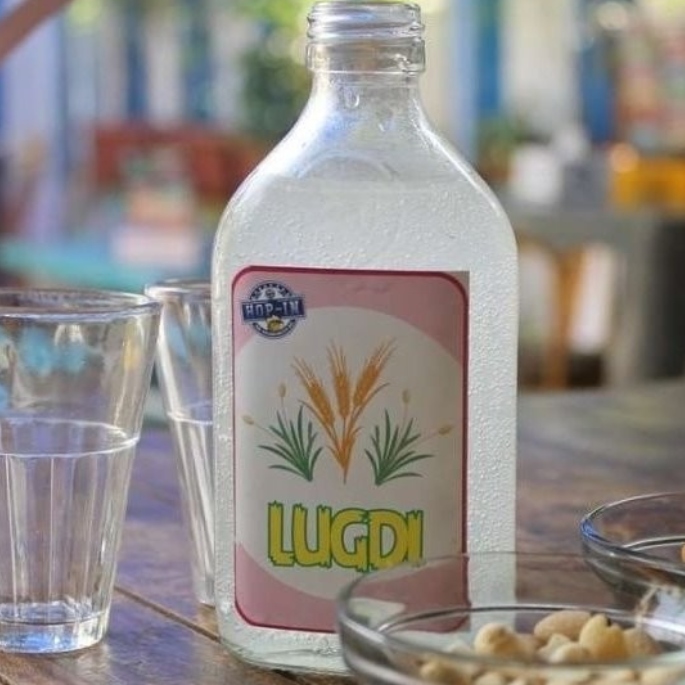 In Himachal Pradesh, a drink called Lugdi is made using cooked cereal grains. The cereals are fermented and then consumed with no distillation required.

This alcohol in India is made during the summer as the climate at that time helps the process of fermentation. It is usually drunk in the winter to keep bodies warm, as well as at festivals and weddings.

Tribes in Madhya Pradesh, Orissa, Maharashtra and Chhattisgarh are fond of a drink called Mahua.

The recipe has been passed down through generations of those that live in these areas.

The name comes from a flower that is used to make the drink. The flower grows on a tropical tree called the Mahua lingofolia. 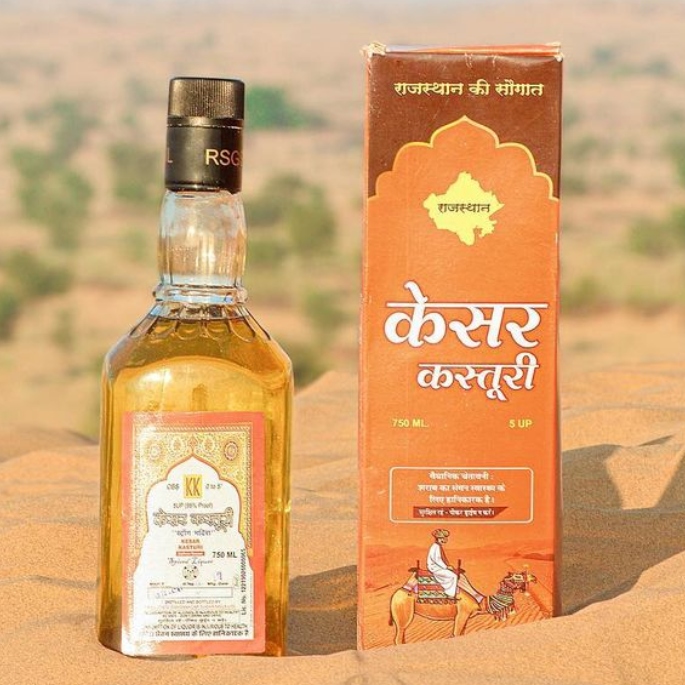 An exclusive drink that is only drunk by a few in Rajasthan is Kesar Kasturi. The Kesar, or saffron, is the most essential ingredient needed for the drink and is also very expensive.

There are more than 20 other items that are used to make the rare spirit. It is a sweet-tasting drink and became famous when actor Roger Moore said he loved the drink.

He had tasted the alcohol in India whilst in Rajasthan shooting for the James Bond movie, Octopussy (1983).

Arrack is another alcoholic drink, this time found in Northern India. It was originally brought over by Persians and is made from mature grapevines.

It is a colourless, unsweetened beverage that has the taste of anise.

Leaves are fermented for three weeks and then distilled and mixed with aniseed. Arrack is widely produced and easy to find. 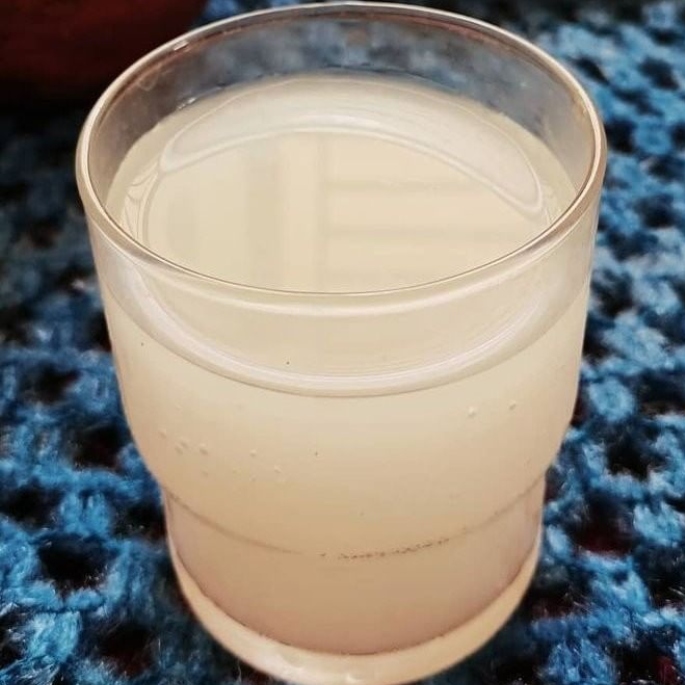 In the southern states of India, you can find the highly intoxicating palm wine beverage known as Thaati Kallu. It is popular in the South due to the high percentage of coconut and palm trees that are found there.

Local tribes drink it straight from the trees after extracting the sap. They pour the wine on leaves and then drink it. It is very sweet at first but then becomes sour and ends on a bitter note.

Toddy is another palm wine drink that can be found in South India. It is not as strong as Thaati Kallu and is made from the extracted saps from palm trees.

This is left to ferment and after a couple of hours becomes a sweet drink with about a 4% alcohol content.

Toddy stores are easy to find in the South and many people enjoy this alcohol in India after a hard day at work. 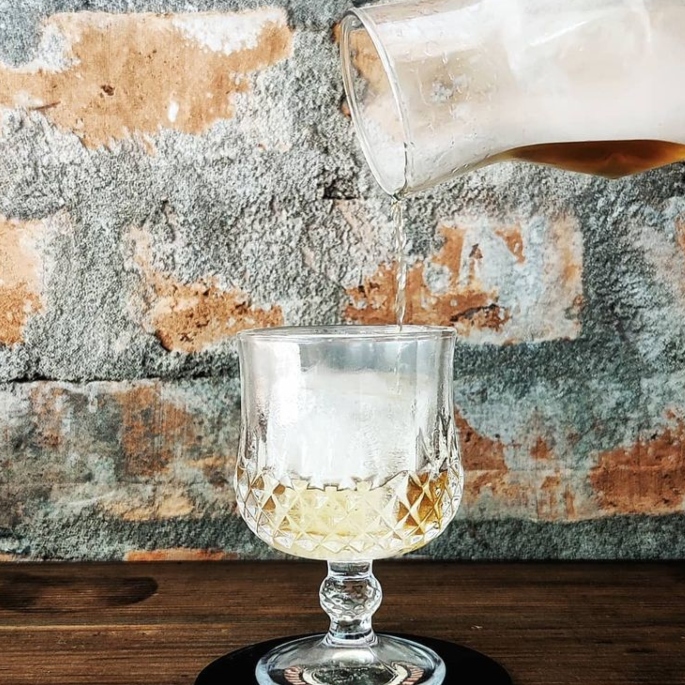 Goa is known for its wine drink Feni which is not available anywhere else in India. It falls under the category of country liquor which means it is only produced and sold in Goa.

It has about a 40% alcohol content and is made from ripened cashew apples and distilled twice.

Desi Daru, also known as country liquor is the most popular drink made locally in India and one of the easiest to find. It is produced in Haryana and Punjab with Maharashtra being the biggest state when it comes to production.

It is made from molasses, the byproduct of sugarcane and can also come in different flavours such as orange or lemon. 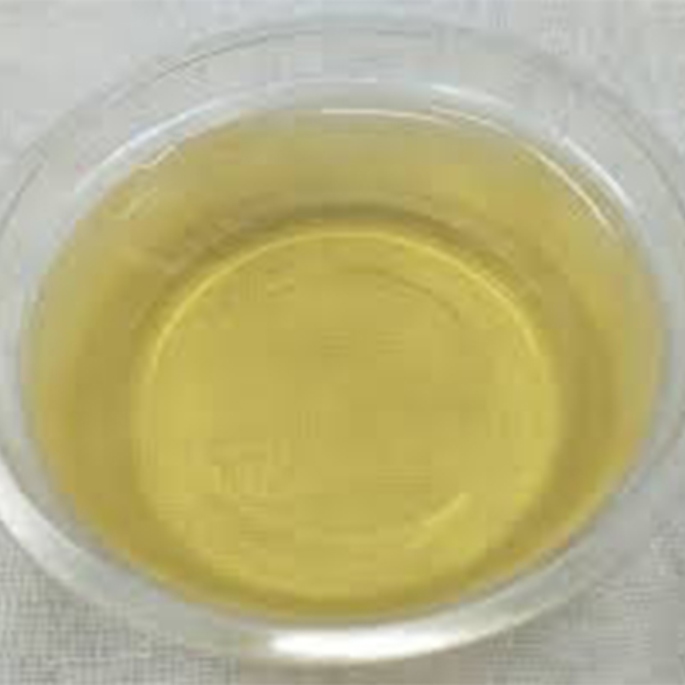 Kiad um is a sweet drink made from rice that is now banned by the government. It is known to have medicinal properties and is said to contain powerful magic.

Elders in Meghalaya drink it during naming ceremonies where the baby is also given a few drops. The belief is that the baby will grow up strong and healthy.

Although banned, a concentrated version with a 70% alcohol content is still sold illegally.

Alcohol in India has come a long way since its first mention in the Vedic texts in 2000 BC. Even with prohibition, alcohol is very widely consumed throughout India.

Many argue that it should be banned altogether but with the amount of bootlegging and the detriment it would have on the economy, this is not a viable solution.

The country will continue to drink and offer the production of a variety of alcoholic beverages. Hopefully, the government will continue to work towards alcohol being enjoyed more responsibly in the future.