Are Desi Festivals getting too Commercial?

Are Asian festivals at risk of losing their cultural backbone by becoming too commercial? DESIblitz investigates the boom of festival celebrations in the UK.

“We do presents and decorations just as you would expect at Christmas.”

Welcome to Leicester’s ‘Diwali Lights’, one of the biggest Diwali street celebrations outside of India.

At the beginning of November 2015, almost 37,000 people gathered along the Golden Mile on Belgrave Road to partake in a 15-day celebration of music, dance, fireworks and food.

Diwali is just one example of how Asian festivals have become bigger, flashier and more visible across multicultural Britain over the last two decades.

Before, many White Britons wouldn’t have been aware of Desi festivals like Vaisakhi, Diwali and Eid taking place on their doorsteps. 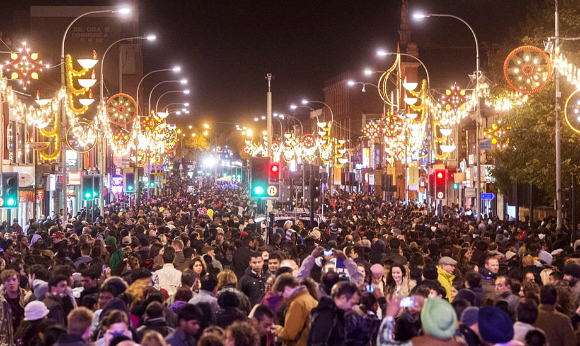 Today, it is clear that newer generations of Asians have continued on the traditions and festival culture of their Desi homelands and given them new lease in the UK.

But with ethnic minorities now more established in the UK, have Asians inadvertently latched onto the commercialisation of their festivals, and turned them into just another version of consumer-driven Christmas?

For years now, the winter festival has been widely criticised for its undeniable commercial and consumer endgame.

Repackaged in new and more extravagant forms year on year, the whole concept of present giving, tree buying, and turkey roasting has largely become a money-making ploy that retailers and businesses have happily latched onto.

The effects of this phenomenon have even influenced how others celebrate their own festivals too, including Desis. 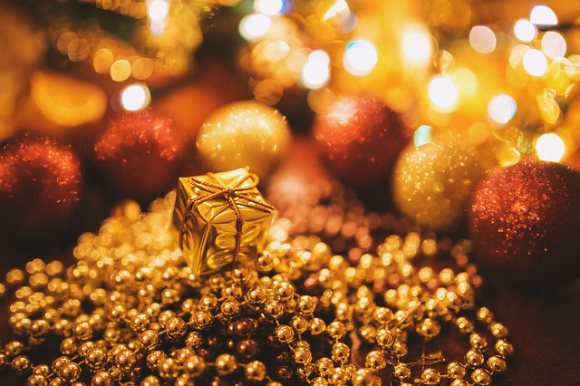 40-year-old British Asian mother, Samina, says: “We make sure we do the full works on Eid, so that the kids don’t feel left out at Christmas time.

“We do presents and decorations just as you would expect at Christmas, as the kids really enjoy it.”

Online retailer Amazon has already cottoned on to the idea that Asians are willing to spend on more than just food during festival season, particularly in the West.

While Amazon in India already offers a special Diwali sale for native customers, the global giant also has plans to spread its wings by opening a ‘Diwali Store’ for US and UK customers.

Inevitably, this is to cater for the anticipated high demand for products and gifts from Indian customers living overseas. 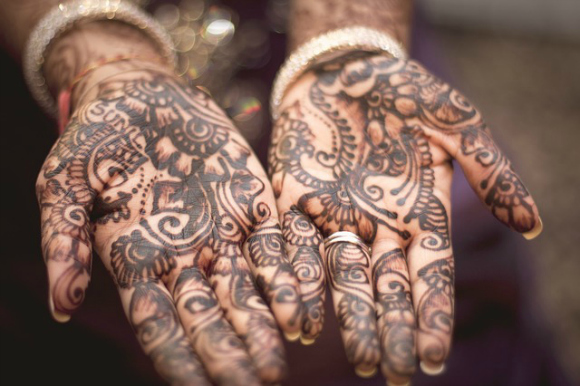 One worry is the mounding pressure to spend more and make each year more extravagant than the last.

Reportedly today, Western parents are willing to spend almost four times more on Christmas gifts for their children, than a decade ago.

The day after Halloween we are bombarded with Christmas sales and consumer-directed marketing from major brands who want customers to dig deeper into their pockets.

Take the Coca Cola Santa adverts, John Lewis’ emotionally dramatic adverts on TV, can we agree that there is always an excuse to spend more money and encourage others to do so?

Are such accusations fair? Have we as a nation become blinded by the superficial?

And are Asians at risk of treating their own festivals with the same materialistic sensibility as Christmas lovers? 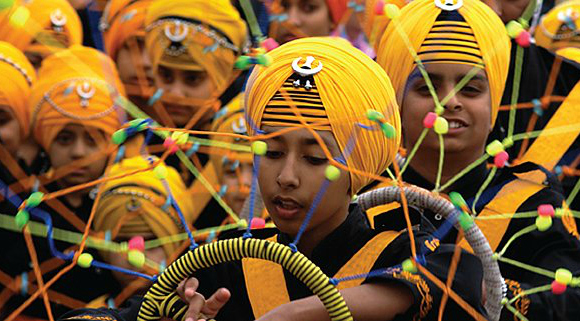 Not all are inclined to agree: “I think there is nothing wrong with commercialisation. It’s different with Diwali, Vaisakhi and Eid. Because families still visit the Mandir, Gurdwara and Masjid.

“We haven’t lost the cultural aspect of it by any means. But at the same time we have to keep up with modern times, this is just an evolved way of celebrating now,” says Harps.

With the opportunity to celebrate in a better and grander way, Asian festivals have allowed even bigger (if possible) gatherings for families and communities to come together.

Undeniably the festive period does bring about a spirit of togetherness that is enhanced by the availability of retailers who take an interest in what their customers celebrate.

This element of unity has no cultural barriers either. Desis also celebrate Christmas. While this is less for the religious connotations, it is another excuse to encourage family unity. 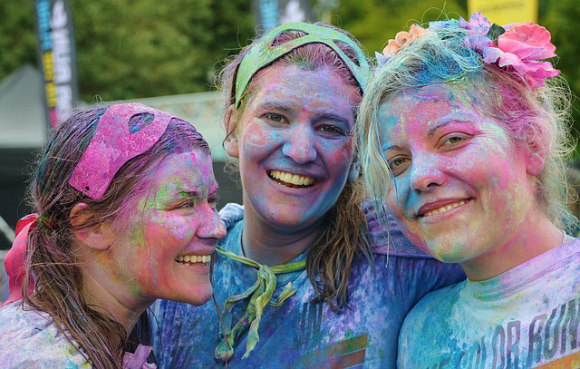 And vice versa, it is becoming more apparent that it is not just Asians celebrating their own festivals, but they also appear to be appealing to the non-Asian majority too.

In particular, festivals like Holi and Diwali are seeing an increase in White Britons partaking in the colour throwing and fireworks, and have a chance to learn about their ethnic neighbours.

One of the vital reasons for the growing visibility of such festivals is, of course, the commercial drive of British supermarkets.

You may remember the summer of 2015 that witnessed Sainsbury’s, Tesco and Asda offering special Ramadan deals, stocking the likes of dates, rice, chapatti flour and Halal meat across its ethnically dense cities to cater to the UK’s 3 million British Muslims.

All in all, the 30-day event is estimated to have profited British supermarkets with a staggering £100 million worth of sales. 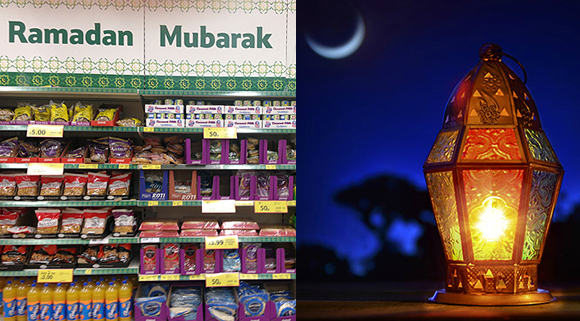 From retail consultancy, Conlumino, George Scott says: “In terms of religious festivals, Ramadan is second now to Christmas and Easter in its importance to food retailers.

“It’s very lucrative. It’s a growing market because the country is becoming more diverse – and if the supermarkets want to win customers, they have to cater to every taste.”

So, outside the realm of cultural diversity, have supermarkets simply realised an opportune moment in which to create more business for themselves?

Sam seems to think so: “Multiculturalism? You mean supermarkets trying to make some quick money.”

However, Sunny has a different view: “I think what it shows is that our festivals have value, even in Britain. That’s why retailers feel the need to market Asian festivals.

“Before they didn’t bother. It’s as though we’re more accepted in mainstream society, and that’s definitely not a bad thing.”

While it may be simply be a surface-level sense of cultural integration, it is evident that commercial businesses have welcomed a level of acceptance of other races and ethnicities that even the government still struggles to do.

Where else can you find the likes of dal, atta and garam masala alongside tagliatelle pasta, sushi rice and Mexican tortillas on the same aisle?

But the impact of this is not always positive as many local Asian businesses are finding it hard to compete with the sale prices of supermarket giants, and are forced to hike up the prices of their own produce as a result.

Could this just be another step to the dying corner-shop phenomenon that has already plagued many rural and urban areas of Britain? 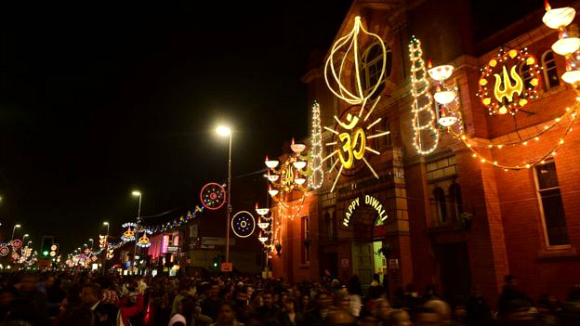 Diwali, Eid, Vaisakhi, Christmas, Halloween, Easter, and now even Thanksgiving; the UK has become inundated with cultural festivals that happen all year round.

The commercialisation of such festivals has brought out many varied opinions about the necessity of families celebrating through supposedly superficial means.

But many agree that the integration and unity of people, ethnicities and communities is a very real byproduct of how we spend, and is essentially the true meaning of these festivals. Isn’t this all that matters?