The Growing Popularity of the Metaverse in India

When it comes to technology, the metaverse is the next big thing. We explore its growing popularity in India.

"it’s just obvious that India is going to be a huge part of that."

Technology continues to make strides and now we are seeing the emergence of the metaverse.

While virtual reality is not new, having been explored by the gaming industry, it attracted a wave of attention after Facebook changed its name to Meta.

Top companies like Apple, Google and Microsoft have been working on metaverse-related technology for years and believe that its popularity will skyrocket soon.

It can potentially become the next big technology platform to attract creators and technology leaders.

In India, the metaverse is quickly growing in popularity following the prominence of cryptocurrencies and non-fungible tokens (NFTs) in the country.

We explore the metaverse in India as well as some of the companies that are developing them.

What is the Metaverse? 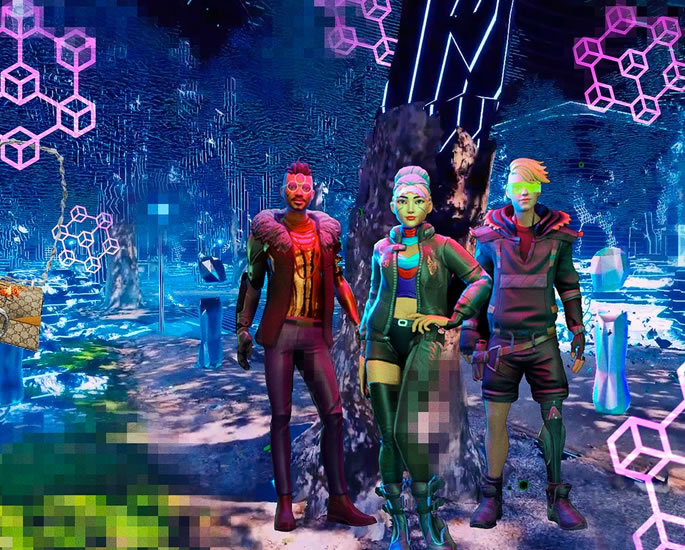 A metaverse is a network of 3D virtual worlds where you can connect with people via your digital avatars, using virtual and augmented reality headsets.

The technology creates a virtual world similar to the real one.

However, the ‘metaverse’ term and its idea were coined in Snow Crash, a 1992 novel by Neal Stephenson.

The emergence of virtual communities has sped up due to the Covid-19 pandemic preventing people from physically seeing one another.

The growing popularity among individuals and developments in NFTs, cryptocurrencies, 3D avatars, and immersive gaming experiences creates multiple opportunities for players in the global market.

This intertwining of social lives and virtual reality has created a virtual goods consumer economy, which in turn is boosting the digital goods economy.

This highlights the growth of such technology as well as the belief that India has a huge role in shaping metaverse. 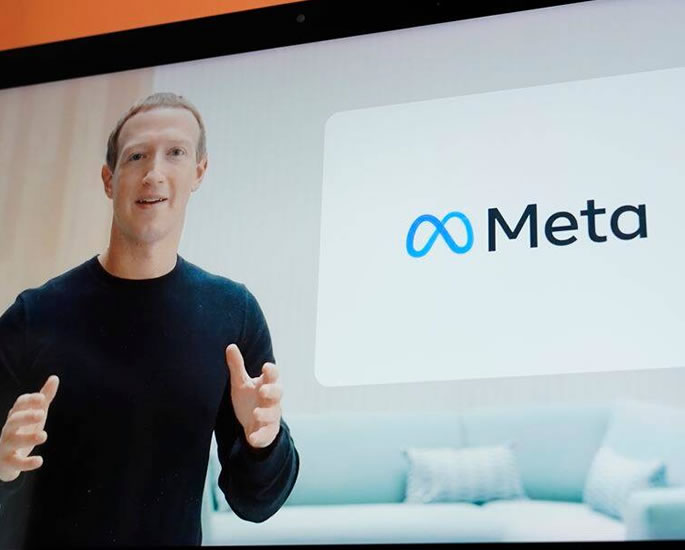 Over the past 20 years, India’s digital ecosystem has drastically changed.

In fact, the country is on track to becoming the largest app developer in the world by 2024.

It is now moving into the world of cryptocurrencies and the metaverse and according to Facebook co-founder Mark Zuckerberg, India has a huge role to play given the talent pool of engineers, developers and entrepreneurs.

“When we’re thinking about what the next generation is going to look like, where all these creators and developers who are going to really build the foundation of the metaverse will come from, it’s just obvious that India is going to be a huge part of that.”

He went on to say that his company has invested in India’s gaming sector.

Mr Zuckerberg continued: “Our investments in gaming in (India) keeps growing as we look at how it’s going to take shape in the Metaverse.”

He added that his company is also investing in education and e-commerce through Indian startups like Unacademy and Meesho.

“We want to continue to partner in all these areas as we accelerate the development of the fundamental technologies, the social platforms and creative tools that are going to be necessary to bring the Metaverse to life.”

India’s entertainment industry has started to acquaint itself with the metaverse.

T-Series and Hungama Digital Media plan to launch digital artwork and NFTs alongside its films. 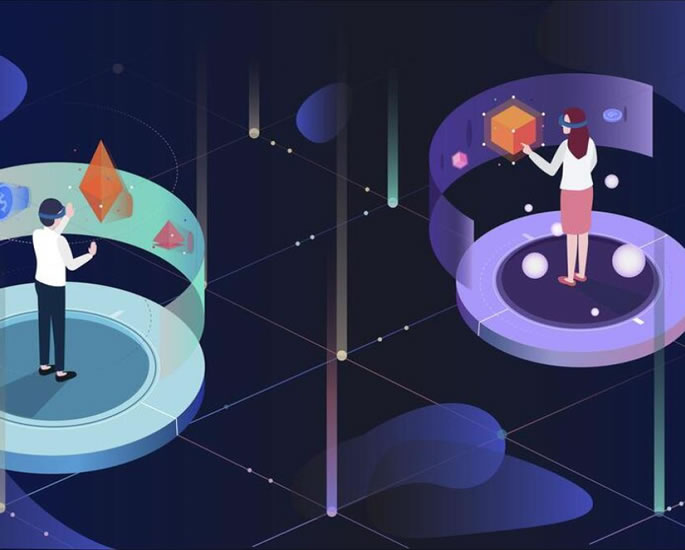 As the trend continues to pick up, technology companies are starting to provide metaverse services.

Here is a selection of companies that are moving into the metaverse space.

Tata Consultancy Services (TCS) is India’s largest IT services company and it has made its initial investment in the metaverse.

“It’s an emerging area, and it is something that we’ve been piloting and investing in a lot.”

“We have a very strong research and development organisation wherein they work on the frontier areas of technology and Metaverse is one of them.

“We have executed several concepts and use cases at this point in time as to how that could change the world of business.

“Metaverse coupled with 5G and 6G technologies is going to revolutionise the way we do business.”

Indian IT company Infosys is also investing in digital services.

CEO Salil Parekh said the company is focusing on modernisation.

He explained: “So really the technology, digital transformation is the centre of what we are seeing with clients and in that, we feel extremely well-positioned because that is truly the strength of Infosys.

“Our delivery engine is extremely robust, and we have a portfolio capability of services which are focused on cloud and digital which are helping our clients to transform.

“Of course, consulting is a critical part as it helps to build the framework for these transformations, and the vast majority of what clients end up doing after the initial consulting is taking the technology spend in making all that work.”

HCL Technologies was founded in 1976 and has played a role in almost every advancement within the IT sector.

It is now moving into metaverse and the company expects extended reality (XR) to scale up in a few years.

“With our experience of working with several customers from aerospace, automotive, manufacturing, and hi-tech companies, we observe XR adoption across use cases such as training, product development, repair, and maintenance, to name a few.

“Some of these use cases have established the return on investment ROI and are all set to scale in the years to come.

“We also strongly believe that companies obsessed with redefining customer experience must make XR-supported service a part of their mainstream.

“Nevertheless, there is a huge optimism and excitement toward the adoption of this technology in solving business challenges.”

As well as tech giants, startups are also venturing into the metaverse.

Some examples include Bolly Heroes, a virtual Bollywood world; Loka, India’s first gaming metaverse featuring cities and regions across the country; NextMeet, an immersive platform that enables real-time virtual conferencing and networking in a virtual environment. 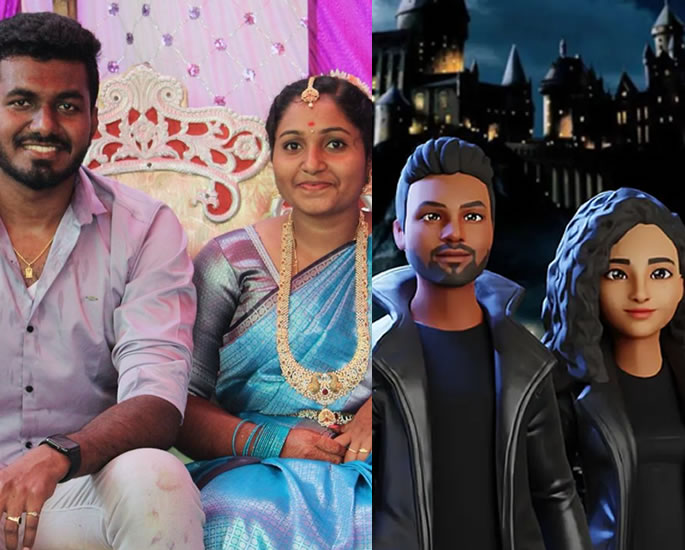 The metaverse is becoming such a big thing in India that some people are using it as an alternative to physical events, as one couple is set to show.

The couple is set to host the world’s first wedding reception set in the metaverse to get around guest limits imposed by the Covid-19 restrictions.

Dinesh Sivakumar Padmavathi and Janaganandhini Ramaswamy, of Tamil Nadu, have spent around £1,490 on the design and hosting of their virtual reception that will take place in February 2022.

They have invited 2,000 guests to their metaverse wedding reception.

Dinesh said: “Because of the pandemic, a physical, real kind of reception is not possible with the huge number of people attending.

“So, we decided: let’s make it in the metaverse.”

The couple are Harry Potter fans and have opted for a Hogwarts-themed event that guests can attend via their phones, tablets or laptops.

The project will be helmed by Vignesh Selvaraj, who will be using polygon blockchain technology to make the metaverse reception a reality.

On how he came up with the idea, Dinesh said:

“We are the first couple in the nation getting married in the metaverse.

“I have been working on blockchain for the past one year, so I know more about it and crypto. Metaverse is a technology working in blockchain.

“One fine day, I came across a video on metaverse on YouTube. I thought why can’t we do an event in the metaverse? I know the future is big in metaverse.

“So I thought by conducting an event, everyone in India will know about the technology. We can work on a start-up and develop it.”

The one-hour event will see the newlyweds virtually address their guests, who will be able to explore the castle and customise their avatars’ appearance and outfits.

The couple will have a legal in-person wedding in front of close friends and family in Janaganandhini’s home village of Sivalingapuram.

“So, I’m creating a 3D avatar that looks similar to (him), and he will bless me and my fiancée.

“That’s something we can only do in the metaverse.”

Dinesh believes his digital wedding reception will be the first of its kind in India and potentially the world.

He convinced his fiancee, an IT worker, of the idea.

Dinesh revealed that he was later able to get his parent’s approval for the unique event.

“So my family knows that I’m into tech.” 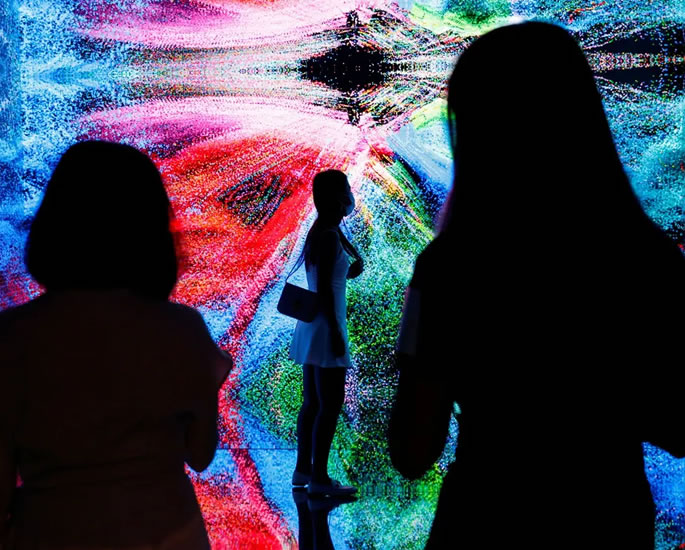 However, the metaverse has faced criticism for numerous factors, including privacy breaches and the addictive aspects.

But one particularly concerning aspect is user safety.

UK-based Nina Jane Patel revealed that she was sexually harassed and raped in the virtual game Horizon Worlds, which was developed by Meta.

She detailed watching her avatar get raped by a handful of male avatars, who took photos and sent her comments like “don’t pretend you didn’t love it”.

After her initial blog post, Nina began receiving comments, calling it “a pathetic cry for attention” and urging her not to pick a female avatar next time.

Others have raised questions about whether getting hurt in a virtual world is truly a concern.

Joseph Jones, president of Bosco Legal Services, an investigation agency specializing in cyber and social media, said it is unlikely Patel has a strong legal case for sexual harassment but acknowledged that harassment in the metaverse is an emerging space.

The metaverse is quickly becoming a prominent aspect of technology across the world, including India.

While it does provide a new avenue to socialising, there are concerns that may put people off.

But the metaverse is still new to the limelight and as more attention is paid to it, more efforts will be made to make it as inclusive and as safe as possible.

Dhiren is a journalism graduate with a passion for gaming, watching films and sports. He also enjoys cooking from time to time. His motto is to “Live life one day at a time.”
Indian Couple to hold 1st Metaverse Wedding Reception
Who are the Highest-Earning Bollywood Stars on Instagram?