A viral video of Sunny Deol and Dimple Kapadia outside a shop in London holding hands and in a very affectionate pose, sparks rumours of a love affair.

A video uploaded to YouTube shows Bollywood’s Sunny Deol and Dimple Kapadia sitting intimately on a bench outside a Club Monaco fashion shop in London.

The body language of the two in video highly suggests a romantic setting for Sunny Deol and Dimple Kapadia. Where you see them casually enjoying each other’s company holding hands.

The video has sparked love rumours across the internet with the video going viral. Along with a lot of questions about the validity of the relationship.

Sunny is currently married and Dimple is widowed. Highlighting the sighting of this affection in public as an affair, which is a carry on from the 1980’s when the two were close but never admitted it.

The video shows Dimple smoking as they look around ‘loved up’ with passers-by walking past them sitting outside the Monmouth Street store in London WC2H.

Here is the video. 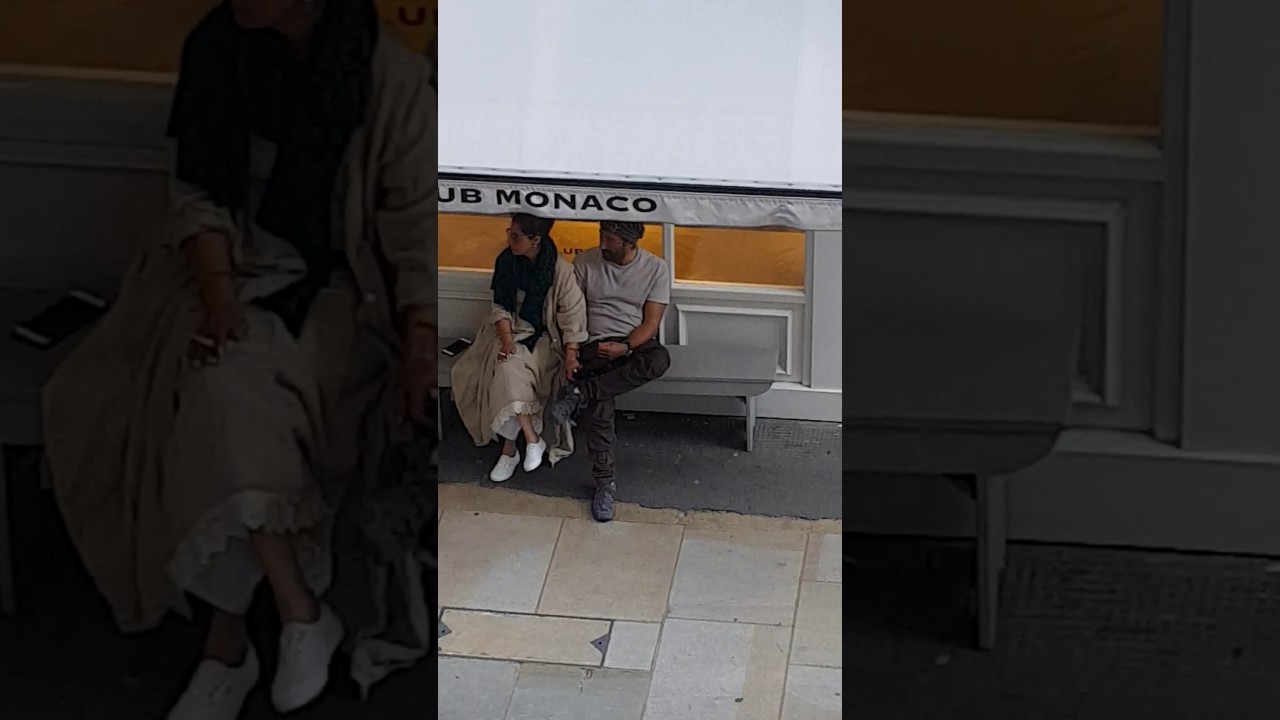 Sunny Deol is married to his wife Pooja Deol and has two sons, Karan and Rajbir. Recently, Sunny announced the launch of his son Karan into Bollywood.

Dimple Kapadia is the mother-in-law of Bollywood actor Akshay Kumar and is the mother of Twinkle Khanna, Akshay’s wife.

Rinke is Dimple’s second daughter from her marriage to the late legendary Bollywood actor, Rajesh Khanna.

Dimple had separated from Rajesh Khanna in 1984 but never divorced him. 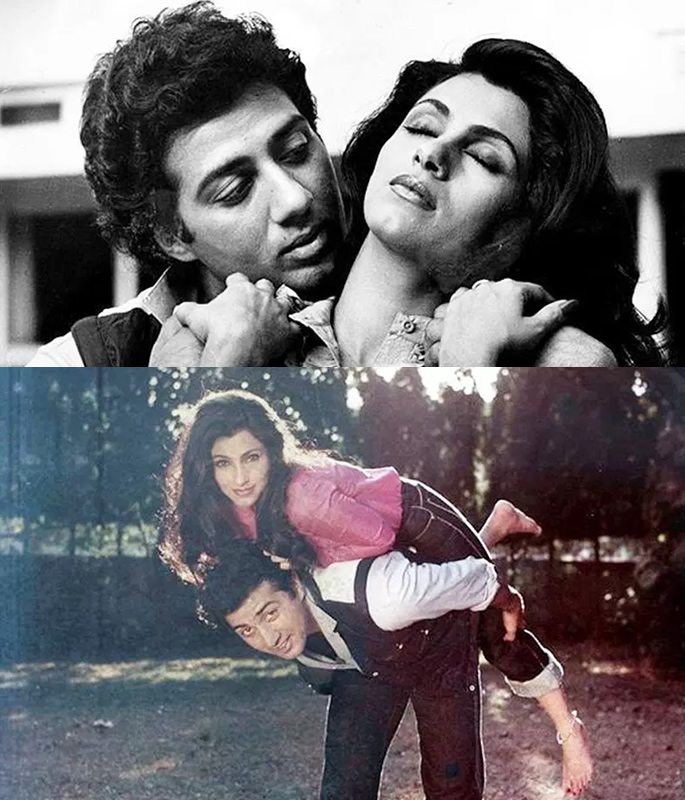 Sunny Deol and Dimple Kapadia appeared in many Bollywood films together such as Arjun, Manzil Manzil, Gunnah, Narashima and Aag ka Goal. Where their on-screen chemistry was very strongly portrayed leading to an off-screen romance too.

The relationship lasted over 10 years and stories of their affair which was discreet initially, eventually, was out in public.

Stories of these two actors on the verge of getting married or even that they had eloped and got married, circulated media.

It is said that the status of ‘wife’ was given to Dimple by Sunny. This caused a major strain on his marriage and his wife Pooja threatened to leave him if he did not end his relationship with Dimple.

It was rumoured that ‘the relationship’ between Sunny Deol and Dimple Kapadia caused problems in her marriage with her husband, Rajesh Khanna.

Stories say that Dimple’s daughters Twinkle and Rinke called Sunny ‘Chhote Papa’ when they were young, as they got to see him often as he was in touch with their mother.

In 2009, it is said that Sunny was with Dimple on a flight consoling her when Dimple’s sister Simple Kapadia passed away.

Twitter got busy with reactions to the video of the two in London. 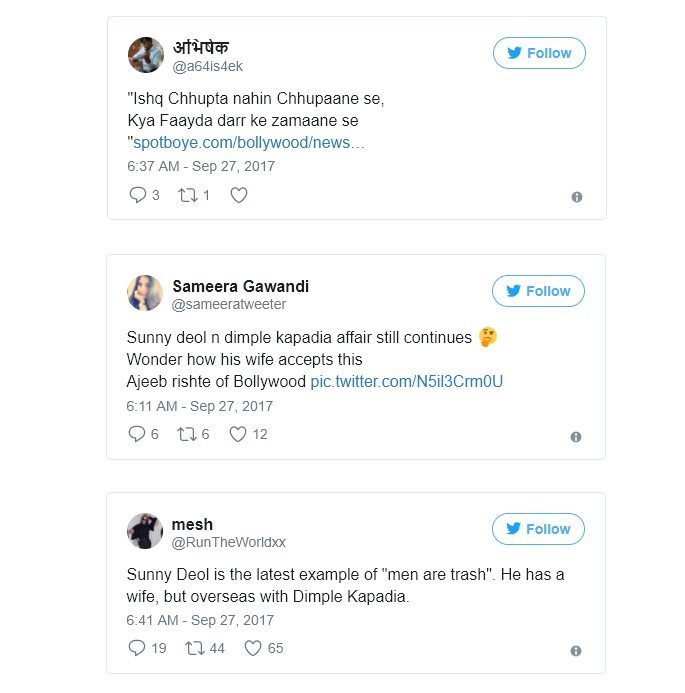 Until this video, the love saga between Sunny Deol and Dimple Kapadia has been very quiet, as Sunny has been living happily with his wife Pooja, and Dimple has been pretty much out of the news.

But with the emergence of the video, the love story of Sunny Deol and Dimple Kapadia seems to be still full of affection.

Perhaps they thought, no one going to spot them on a street in London while they were on holiday? Wrong, because someone did and now the world knows, that wrong or right, their love is still alive.

Nazhat is an ambitious 'Desi' woman with interests in news and lifestyle. As a writer with a determined journalistic flair, she firmly believes in the motto "an investment in knowledge pays the best interest," by Benjamin Franklin.
Pahlaj Nihalani says Casting Couch Sexually Exploits Girls and Boys
7 Looks of Bigg Boss 11’s Benafsha Soonawalla which show who is ‘Boss’