Tamil and Telugu film actress Namitha has joined the BJP along with her husband, Veerendra Chowdary. This decision has left many in a state of shock.

"She will feature as one of their speakers."

Namitha began her career by appearing in local beauty pageants and was crowned Miss Surat in 1998 at the age of 17.

She then went on to compete in the Femina Miss India 2001. Although she did not win, the publicity she received led to her appearing in numerous television commercials.

Eventually, Namitha made her way to Indian cinema with her debut film, Sontham (2002). The actress played the role of Nandu and was appreciated for her performance.

Since then the actress has gone on to take over Tamil and Telugu films. Namitha featured in films like Chanakya (2005), Azhagiya Tamil Magan (2007), Puli Murugan (2016) and many more.

Namitha also appeared on Bigg Boss 1 where she won over fans with her honesty and straightforward nature. 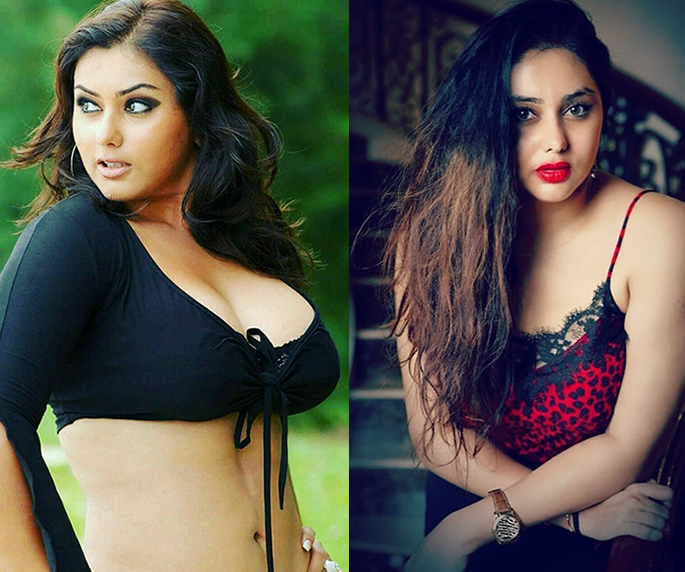 Previously, Namitha had joined the AIADMK and was known as one of their star speakers. Yet, she left her position and joined the BJP with her husband, Veerendra Chowdary.

Despite Prime Minister Narendra Modi and party chief Amit Shah campaigning in Tamil Nandu, they failed to make an impact.

Their latest glamorous addition of Namitha to BJP have left many activists and prominent leaders in shock and disbelief.

“There is no space in Tamil Nadu for the Hindutwa propagated by the BJP. What matters here is caste and the party’s central leadership is yet to understand the factor.

“There is space for a third alternative in the State but the BJP is not cut out for that space.”

One senior party leader said that former union minister Pon Radhakrishnan was to blame for facilitating the entry of Namitha, ‘an item girl in Tamil potboilers into the BJP.’

On Saturday 30th November 2019, JP Nadda clarified the aim of the party to offices in 16 districts.

He declared that Tamil culture applied to the entire country, not just those living in the state.

With Namitha having joined BJP, she will feature as one of their speakers. The party is hoping her appeal will draw more people to consider voting for BJP.

Ayesha is an English graduate with an aesthetic eye. Her fascination lies in sports, fashion and beauty. Also, she does not shy away from controversial subjects. Her motto is: “no two days are the same, that is what makes life worth living.”
Bollywood Stars condemn Brutal Murder of Dr Priyanka Reddy
Comedian Nish Kumar gets Booed Off Stage at Charity Lunch