Not many British Asian female artists have made it big in mainstream music. One singer/songwriter hoping to change this is, Sonna Rele, a British born Indian female from London, who is the latest British Asian artist to be signed by the Sony/RCA mainstream record label for a five year deal.

"The fact that Sonna's a British Asian girl is an aside really..."

British Asian artists are now making their way into the mainstream at a noticeable rate. Sonna Rele from Kingsbury in North West London is a 25-year-old singer/songwriter who has been signed for a five-year deal with Sony/RCA records.

Music producer Livingstone Brown who has worked with the likes of Wyclef Jean, Maxi Priest and John Meyer discovered her talent at the age of about 15, in 2001. Who rated her as an ‘Asian Alicia Keys’ and worked with her to develop her career, which led to her signing to his production company Perfect One.

Rele comes from a musical family. Bother her parents were musicians in India. Her father a skilled pianist and accordion player who performed as a session musician and her mother a touring premier vocalist.

Being raised in a musical family, in London, Sonna started her music very young, at the age of four, when she started to play notes on the piano 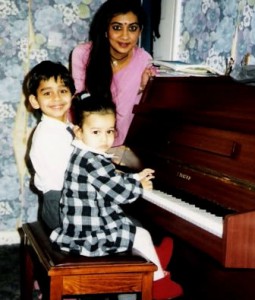 She was trained by her father. At the age of seven her ability to sing was discovered by her parents and older brother while they overheard her singing in her room. Since then the family supported her by grooming her musical and vocal style.

Sonna Rele went to Kingsbury High school, the same school as some of the Sugababes, who she finds inspirational and perhaps one day will collaborate with too.

At the age of 16, in 2001, Sonna signed a record deal with Universal Records in America which included collaborations with Wyclef Jean and Nelly. But the album did not reflect her musically or as the artist she wanted to be. The album did give her a good footing into the world of popular music and working with the other artists was a tremendous experience for her in terms of advice and education.

So, it was case of continuing with song writing and singing to work on her career further. Sonna and Brown worked with legendary songwriter Paul Barry to develop her songs and skills. As well as singing, Sonna is a great musician. She plays guitar and piano fluently and is working on other instruments too, including the drums! 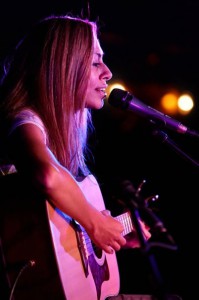 Craig Logan of Sony/RCA records approached Sonna Rele and signed her for the five year deal. She is managed by Kyd Douglas who does not see her being British Asian as contributory factor towards the deal. He said, “The fact that Sonna’s a British Asian girl is an aside really to what she is as a musician and as an artist, she is a mainstream potentially international artist.”

Sonna will now be focusing on some serious song writing and recording sessions which will harness the support of a major record label. This will include opportunity to work with names show knows and news people too. Sonna’s aspirations to work with other artists in her career include names like Sade, Stevie Wonder, Maddonna and Coldplay.

Her album will have collaborations on it, including Wyclef Jean and Dwele, who has featured on ‘Powered’ by Kanye West.

With the success of Jay Sean, especially in America, more and more artists are now being taken seriously for their talent irrespective of their background and this signing proves the case.

It’s evident from the signings that Sonna Rele has been recognised as a credible singer/song writer by the mainstream music industry, and being British Asian and female, also add nicely to the mix.

Jas likes to keep in touch with the world of music and entertainment by writing about it. He does like hitting the gym too. His motto is 'The difference between the impossible and the possible lies in a person's determination.'
Hard Kaur
Jaz Dhami talks Singing, Music and Amibitions