“I kept telling him to stop”

Kundra, entrepreneur and husband of Bollywood star Shilpa Shetty, was arrested on July 19, 2021 for his alleged involvement in a pornography racket.

According to Mumbai Police, Kundra is a key conspirator in the case. He is accused of producing and distributing pornographic films on mobile apps.

Now, it appears he could soon face another charge against him.

Sherlyn Chopra made the sexual assault complaint after being called in to record a statement in Kundra’s case.

According to reports, Chopra not only accused Raj Kundra of sexual misconduct but also made some revelations about the state of his marriage to Shilpa Shetty.

Sherlyn Chopra’s statement said that she and Kundra had a business meeting on March 27, 2019.

However, she said that Kundra turned up at her home unannounced afterwards, following an argument they had over text messages.

Chopra then said that Kundra began kissing her, despite her resistance. She allegedly said:

“I kept telling him to stop as I was scared.”

“I asked Raj about his relationship with his wife, Shilpa Shetty.

“He said that it was complicated and that he was stressed most of the time at home.”

Chopra told Kundra she did not want to get involved with a married man or mix her personal and professional lives.

She then reportedly pushed Kundra and ran to her bathroom in fear, before filing an FIR against the businessman.

Raj Kundra was charged under various sections of the Indian Penal Code, the Information Technology Act and the Indecent Representation of Women Act.

In the statement, Chopra also admitted to informing Maharashtra Cyber Cell about Armsprime, the company linked to Kundra in the investigation.

Raj Kundra has been remanded in police custody since his arrest, and was due to be released on Tuesday, July 29, 2021.

However, the public prosecutor opposed his bail plea, claiming that he is an influential person who could intimidate witnesses after his release.

He has since been sent to 14-day judicial custody.

Sherlyn Chopra has also had her bail application rejected by the Mumbai Sessions court.

ANI made the announcement on Twitter on Thursday, March 29, 2021. 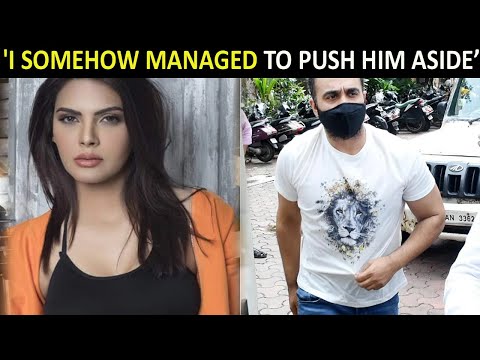