Dancer and director, Sanjeevini Dutta, spoke exclusively with DESIblitz about the Banyan Tree exhibition and vibrancy of South Asian dance.

Dancer and curator, Sanjeevini Dutta, the editor of Pulse, in association with Banyan Tree, have produced a vibrant exhibition celebrating 20 years of South Asian dance.

Running between October 14 and November 27, 2021, the festivity is being overlooked by Banyan Tree.

As the director of Luton-based company, Kadam Dance, Sanjeevini has worked with numerous creatives to bring this exhibition to life.

With the focus between 2000-2020, the brilliant evolution of South Asian dance is told through the lens of photographer Simon Richardson.

However, other South Asian photographers such as Vipul Sangoi and Nirvair Singh are also showcasing their incredible artistry.

The images are also showcased to illustrate the modern generation of South Asian dancers. Captured LIVE in performance, the exhibition aims to highlight the intricacies and flair of culturally infused dances.

This is especially important, given that it was not until the 80s, which saw a surge in prioritising contemporary South Asian choreography.

Additionally, the increasing popularity of Bollywood during the 90s bridged the gap between British and Desi dance.

Therefore, as an established performer, Sanjeevini realises how poignant the evolution of South Asian dance is.

From the depths of temples and villages, Desi dance forms have infiltrated western spaces, from theatres to city squares.

The magical movement of South Asian fluidity has astounded LIVE audiences and will dazzle those attending the exhibition.

DESIblitz spoke exclusively with Sanjeevini Dutta about the exhibition, the evolution of South Asian dance, and the emerging trends to look forward to.

Could you tell us about yourself – upbringing and career? 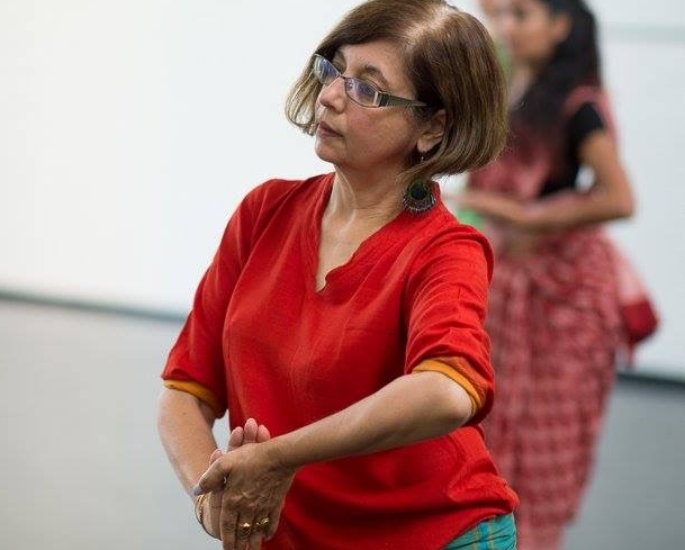 My name is Sanjeevini Dutta and I have been involved with Indian dance for over 35 years.

In the early 90s with my colleague Sujata Banerjee, we set up Kadam Asian dance and music in Bedford, a small town 50 miles north of London.

We were part of a programme that the Arts Council of England supported – The Animator Movement. The idea was to place dancers within communities to encourage participation in dance and the arts.

Bedford has a large Indian population, both Hindu and Muslim. That is why we chose a Hindustani name ‘Kadam’, which means ‘footstep’.

At that time, the Asian community frowned on dance. So, our first students were white girls.

Who would have known that one of the UK’s most prominent Odissi dancers would emerge from that dance class, in Queen’s Park Community Centre? This is at the heart of the Asian ‘ghetto’ in Bedford!

My own background is Sikh Indian and I grew up in the bustling metropolis of Bombay, in the midst of the vibrant art scene of the city.

My guru, Shankar Behera, was the first to leave his native Orissa to teach in Mumbai.

I learned Odissi dance, which became well known when a famous model changed career and became a practitioner of Odissi, the late Protima Gauri.

Going back to my time in Bedford, I was teaching dance to a group of ladies from a community organisation called Family Groups, which they would perform at their annual general meeting.

“Simon Richardson came to take photographs and that is how we met.”

That was the start of the relationship between Kadam and the photographer Simon Richardson, that has produced the Banyan Tree exhibition.

Can you tell us more about the Banyan Tree Exhibition and what it entails?

The Banyan Tree Exhibition consists of around 40 photographic prints that sum up the scene of South Asian dance between 2000-2020.

The focus is on the current generation of dance makers, but we also look at the senior artists, the new voices, learning and teaching, and the spaces where the dance is taking place.

From the rooftop of the Royal Festival Hall to a church in Venice and even to a swimming pool in Sheffield!

We have just completed a week’s run at the Bhavan Centre in West Kensington and on Friday 22nd October 2021 we open at Leicester Curve Theatre.

Our final destination is Departure Lounge, Luton, between November 5-27, 2021. Along with the exhibition, we have activities for children and families.

We have a treasure hunt on Saturday, October 30, 2021, at Curve Theatre, with clues to be found in the photos.

On November 4, 2021, in Luton, you will have a chance to have your portrait taken in front of your favourite image by Simon Richardson.

What type of dance forms can viewers expect to see? 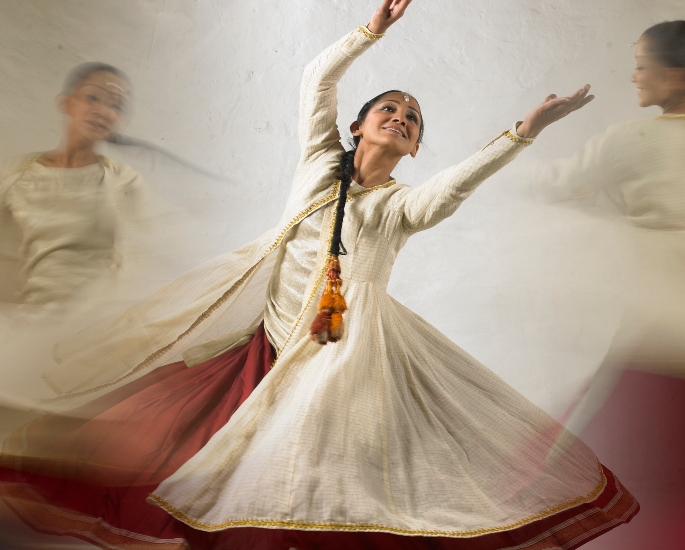 At the centre of the exhibition, there are two large images that represent classical Kathak dance (Sonia Sabri) side by side, with western contemporary (Sooraj Subramaniam). As some South Asian dancers move between both.

Visitors will see the three main styles of classical dance practised in the UK – Bharatanatyam, Kathak and Odissi.

If you look at the large Banyan Tree banner, where each leaf contains an image, you will also find Kuchipudi and Kathakali. There are solo artists and ensembles of dancers.

“We see in one image, 30 and more youngsters in swirling dresses as they do chakkars (spins) at their annual showcase.”

Which forms of South Asian dance have been the most prominent during modern times?

The two most prominent forms of dance in the UK from the Indian subcontinent are Kathak, which is from North India and Bharatanatyam from South India.

The most famous choreographers who are household names are Akram Khan (Kathak) and Shobana Jeyasingh who started out with the Bharatanatyam form but now works mostly with contemporary trained dancers.

Odissi, followed by Kuchipudi, are also making their presence felt.

There are hundreds of young people who are learning these forms. There has been a huge improvement in teaching methodologies.

The dance syllabi have been modernised and brought under the umbrella of the international examination body, the ISTD (Imperial Society of Teachers of Dancing).

What do you think makes South Asian dance forms so flavourful? 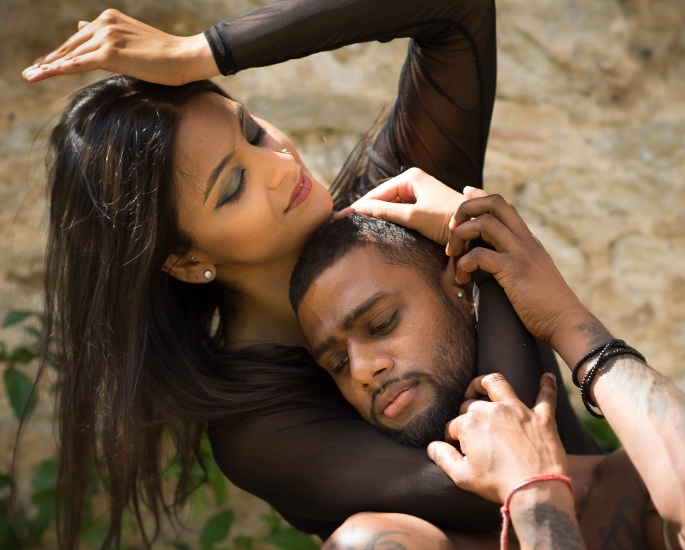 It can delight the ear with complex rhythmic sounds; the eye with elegance and grace and the heart with the poetry of the lyrics.

“The form has an inner calm and stillness and outwardly explosive quality.”

The dance tells stories and weaves patterns that are intriguing as the formations of a kaleidoscope.”

Has South Asian dance evolved over the years and how?

A new generation of South Asian artists who are born and trained in the UK are finding their unique voices.

Seeta Patel has choreographed Bharatanatyam dancers to the music of Stravinsky’s ‘Rite of Spring’.

Shane Shambhu uses humour to enact his childhood experiences and struggles to become a dancer in Confessions of a Cockney Temple Dancer.

Nina Rajarani dresses her dancers in suits as they clutch their briefcases and make their way to the city in QUICK! (2006).

There is so much creativity and innovation amongst the current generation of dance artists. Their work could only be made in the UK, here and now.

What was it like to work with Simon Richardson? 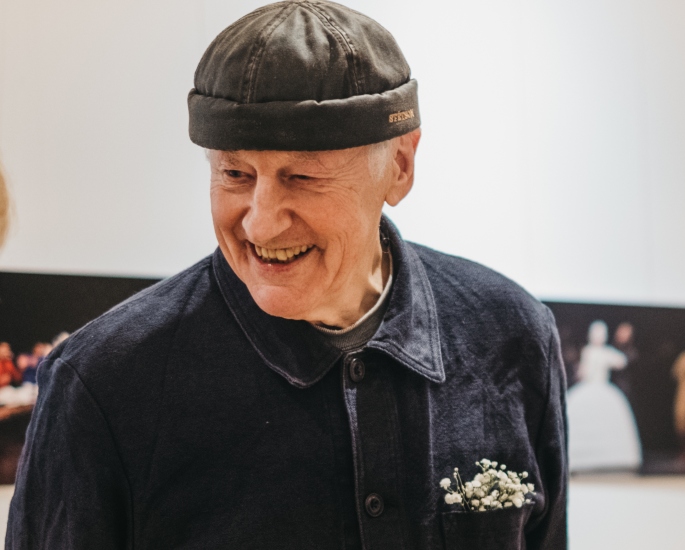 Simon Richardson has a very warm and engaging personality and makes the dancers feel comfortable.

He is extremely professional and although his nature is friendly, his focus is on taking the best images possible on the day.

He will never compromise on quality and with his extensive experience in sports, he is able to direct the dancers to move and assume postures to the best effect.

Why were photographs the best medium for highlighting South Asian dance?

The exhibition is an opportunity for us to reflect on what the South Asian dance has achieved and how it has moved and evolved.

Photographs can never replace actual performance and that was never the intention.

The link between the company Kadam and this exhibition is that we are publishers of Pulse magazine, which is a dedicated publication for South Asian dance and music.

Some of the photographs in the exhibition were commissioned for publishing in Pulse.

We, therefore, have access to many images, which made it possible for us to curate this exhibition with funding from the Heritage Lottery.

In what way has South Asian dance impacted the British scene? 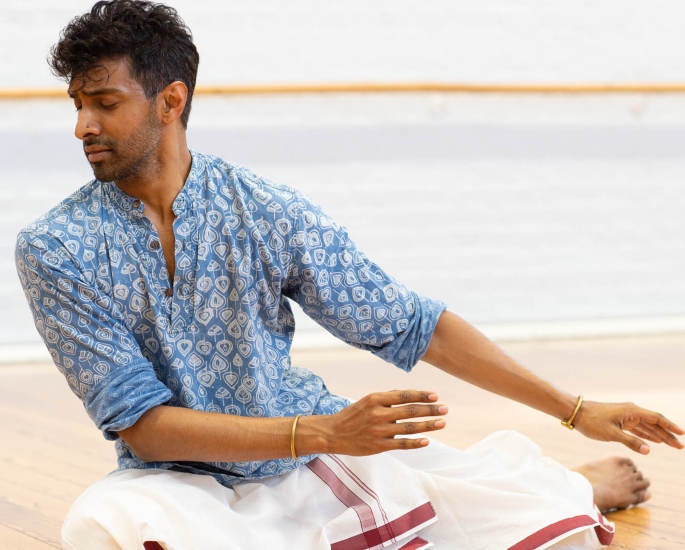 The British Bangladeshi dancer Akram Khan has impacted the British dance scene by bringing into the foreground the storytelling aspect of dance.

This was considered in western aesthetics to be an inferior form of dance to the abstract, non-narrative dance.

Akram has choreographed for English National Ballet and was even trusted with the well-loved classic ballet Giselle (2016), which he choreographed to great acclaim.

Shobana Jeyasingh’s Faultine (2007), which was based on Gautam Malkani’s book Londonistani showing the Asian ‘rude boys’, has been on the dance national curriculum for several years.

Is enough being done to push more South Asians into dance?

Some of our more successful teachers have up to two to three hundred students in their dance classes.

There is a system of examination where parents can see their children progressing.

“So, we are noticing a lot more young people, and also some adults who missed out when they were young, who are flocking to classes.”

If we could have more representation in the media, both in print and in television, then more youngsters would be encouraged to take on the study of these forms.

Of course, social media and such channels as TikTok are replete with dance clips. But mainstream media largely ignores dance. 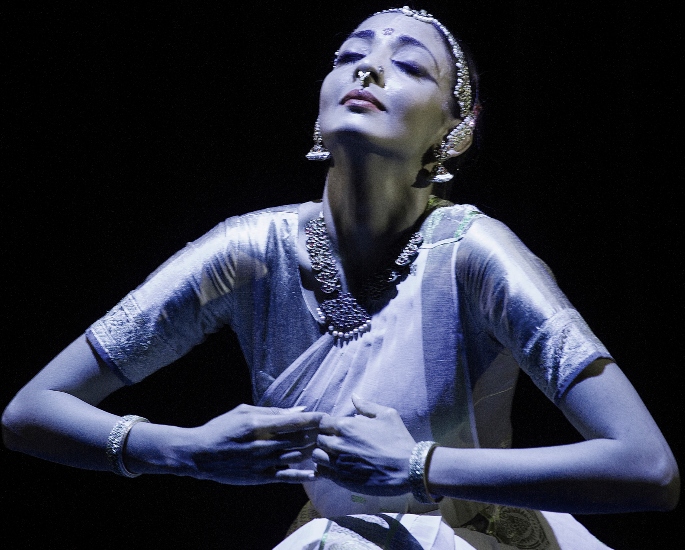 Our dancers are much more aware of audiences and how to create work that is technically of high quality but also entertaining.

They are making dance shows with larger groups of dancers, with LIVE music, and with high production values.

The era of ‘worthy’ dance is now passed and looking at the success of musicals and the West End, our dancers could imbibe some of the best of the commercial world.

Two of the productions, which are touring at the moment are Sevens by Nina Rajarani and company and Kattam Katti by Pagrav Dance.

“I hope readers will look out for these productions when they come to a venue near them.”

The Banyan Tree exhibition is the most ambitious and largest of its kind. Celebrating these artistic forms of dance and shedding a light on cultural choreography is a refreshing sight.

Many forms of dance like ballet and breakdancing have received praise and plaudits.

However, for South Asia to be at the forefront of this art form provides an in-depth look into how culture shapes movement. Not to forget, how creatively rich these dancers have become during contemporary times.

Also, referencing the early foundations of Desi dance forms will provide a historical insight for the audience.

It will satisfy their unfamiliarity with these styles of choreography, whilst providing them with a sound basis of knowledge.

With talented creatives like Sanjeevini Dutta and Simon Richardson overseeing the Banyan Tree exhibition, there is no doubt how triumphant and gorgeous the showcase will be.

Find out more information about the Banyan Tree exhibition here.