Sanjay Dutt returns to imprisonment for five years. The verdict was for his involvement with weapons in connection with bombings in Mumbai in 1993.

"My family is very emotional right now and I have to be strong for them. I am shattered and in emotional distress."

Shock waves hit the world of Bollywood after hearing the news that Bollywood actor, Sanjay Dutt, had been sentenced to five more years in jail further to a previous sentence for his participation in illegal possession of arms.

The news came within minutes after the Supreme Court of India announced that Dutt’s conviction by the TADA (Terrorist and Disruptive Activities (Prevention) Act) court for his arms involvement in the 1993 Mumbai blasts case was being upheld.

On March 12th 1993, Mumbai was rocked by a series of blasts, engineered by fundamentalist elements, which also damaged property worth over Rs 27 crore. More than a 100 people were convicted for the deadly blasts, consisting of thirteen separate explosions in the city.

Dutt aged 53, was convicted in 2006 under the Arms Act for illegal possession of a 9mm pistol and an AK-56 rifle but was acquitted of more serious charges of criminal conspiracy under the now defunct anti-terror TADA. Since the original conviction he has been out on bail and appealed against the six year sentence. 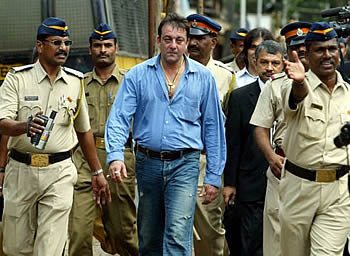 Sanjay has already spent 18 months in jail for the conviction. The new sentence has been reduced from the six years to five by the apex court. However, Dutt has not been granted any probation and will have to spend at least three years and six months in jail.

Dutt’s lawyer Satish Maneshinde said: “I Have spoken to Sanjay Dutt. We accept the judgement as it is. Sanjay Dutt has said that he has accepted the judgement with humility. Another three and a half years are left, will see whatever happens as and when. Sanjay Dutt is strong enough. We will have to see what the court has said after seeing the judgement.”

Sanjay has reacted to the sentence and said in a statement: “My family is very emotional right now and I have to be strong for them. I am shattered and in emotional distress”

The actor is currently out on bail but has been told to surrender himself within four weeks. 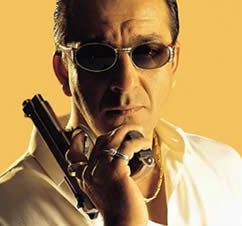 There has been a large number of reactions from the Bollywood fraternity to the announcement of Sanjay’s verdict on Social Media.

Bollywood film-maker, Mahesh Butt said: “Heart Broken: Just heard that Sanjay Dutt has to go to jail for 5 years. I expected mercy! Alas it did not happen.”

Bollywood stars photographer Dabbo Ratani said: “Shattered to Hear about @duttsanjay …Love Him…He is Like My Elder Brother & has a Pure Heart of Gold. God give Him Strength”

Bollywood director, Karan Johar said: “I am truly shattered to hear of Sanju’s sentence…the nicest guy i have known just doesnt deserve this…my heart goes out to him….”

Actor Aftab Shivdasani said: “Sad to know the verdict on Sanjay Dutt, my heart goes out to him and his family..he was a fighter, is one and will always be one..”

Actor Arshad Warsi said: “I am numb, I don’t know what to say. Sanjay Dutt is not a criminal. This is too harsh a decision.”

Sanjay thanked everyone for the support:

“I am going to complete all my films and won’t let anyone down. I am overwhelmed by the support of my fans the industry people, the media and all the well-wishers.” 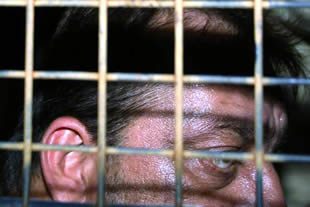 Many people are furious about the supportive treatment the actor is getting compared to the people who lost loved ones in the blasts. Opposing views have been aired openly on Twitter.

Ankit tweeted: “what abt those children, wives who have lost their loved ones in 93 blasts?”

Nayantara Som tweeted: “Rather than talking abt d magnitude of his act, people are busy discussing abt d no of movies which has 2 b shelved #Sanjay Dutt.”

Yes, there a lot of producers and directors who are astounded by the news and will now have to revisit their plans for films that featured the macho star. But the seriousness of the offence and Sanjay Dutt’s involvement has got the wrath of the law and he will have to serve the declared sentence in prison.

The Supreme Court’s verdict will now end this two-decade-long chapter of Mumbai’s tryst with terror and with it perhaps bring closure to the horror of one of the city’s darkest Friday’s. Alongside reminding the world that even Bollywood actors are not above the law.

Prem has a rich interest in social sciences and culture. He enjoys reading and writing about issues affecting his and future generations. His motto is 'Television is chewing gum for the eyes' by Frank Lloyd Wright.
Sheryln Chopra in Kamasutra 3D
Shootout at Wadala features Sunny Leone