Images have surfaced online of the ‘first CPEC’ Chinese-Pakistani wedding. They show a Chinese man marrying a Pakistani woman in Lahore.

All appeared in joyful spirits as they watched the romantic exchange of rings.

New, viral photographs show a Chinese man marrying a Pakistani woman. With this beautiful wedding, it shows the strengthing ties between China and Pakistan.

The images of the Chinese-Pakistani wedding surfaced through Twitter, where a user named Abdul Rehman shared them.

Adding that the ceremony took place at a Lahore resort, he also claimed it showed the impact of CPEC. Also known as China-Pakistan Economic Corridor, it hails as a developmental project between China and Pakistan.

Could this then be the first CPEC marriage to take place?

From the photos, the unidentified couple married in a Christian ceremony. As the groom wears a smart black suit, the bride dons a beautiful, white dress. If one looks closely, you can see the stunning, decorative henna drawn on her hands.

The union appeared as a small affair; with just a handful of people celebrating the marriage. However, all appeared in joyful spirits as they watched the romantic exchange of rings. 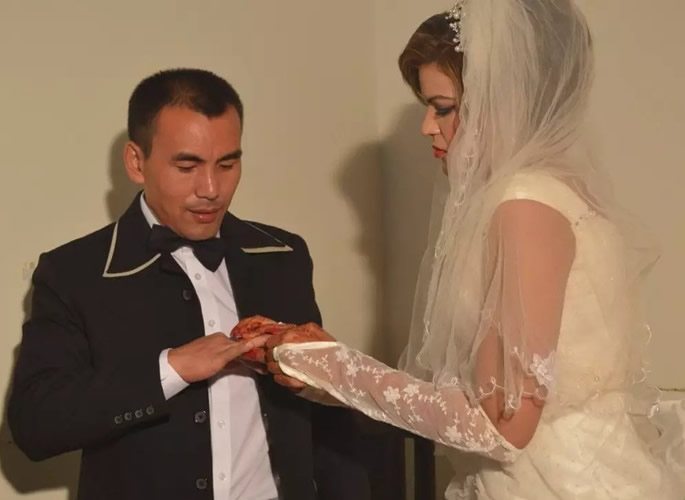 The couple also posed for pictures with their loved ones. As they all stood together, the event feels so heartwarming that these two individuals have enjoyed such a wonderful day. Facing no prejudice from family and friends for having an inter-racial relationship. 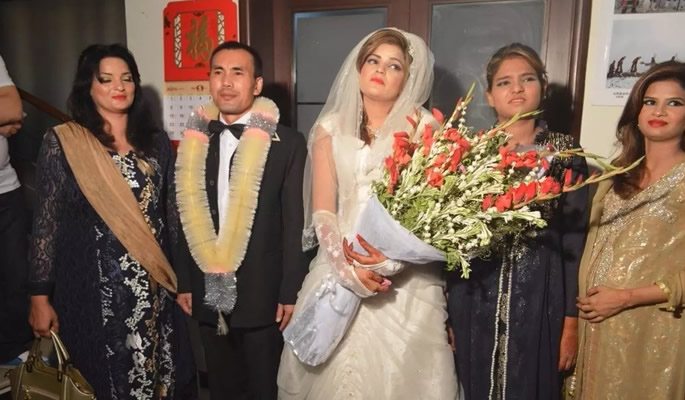 Many may wonder how the two individuals met.

This could be due to, as Abdul Rehman claimed, the fruition of the CPEC. Currently, both China and Pakistan are working together in this long-term cooperation project.

Reports claim a total of 30,000 Chineses are working in this, tasked with different development projects that make up the CPEC. In particular, China plans to create a modern-day ‘Silk Road’, which would connect land and sea trade routes between Asia, Europe and Africa.

Pakistan acts as an important factor in this ambition. The increase of Beijing’s infrastructure has flourished the Pakistani economy, alongside the two nations strengthening their ties. This means then the CPEC will work on Pakistani’s involvement in the ‘Silk Road’. 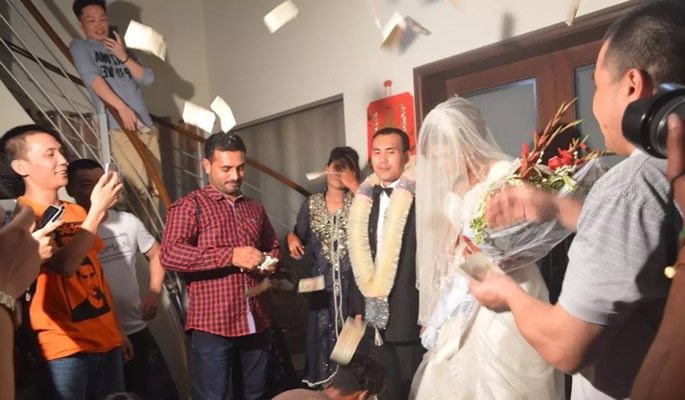 This long-term project involves focusing on infrastructure and creating economic zones. Lastly, the CPEC has worked on implementing Chinese firms into the local Pakistani economy, with the intent to build up the countries’ industries.

Perhaps then, this couple met as the groom began work in Pakistan, as part of the CPEC’s projects.

However, we may not know for certain. But this marriage does highlight the growing relationship between the Chinese and Pakistani nations. Perhaps the most romantic example of all.