22 Richest Football Players in the World

DESIblitz looks at the 22 richest football players and how they have managed to accumulate their staggering net worth.

His salary will be around £62 million

Football is a tremendously successful sport and the beautiful game has produced some of the richest football players and athletes of all time.

Being one of the most popular sports today, more than 250 million players worldwide participate in the game.

Given its prominence, it’s safe to say that many football players were able to land lucrative contracts for millions of pounds with some illustrious sports organisations and clubs.

With many footballers landing contracts outside of the sport for renowned brands such as Nike, Gucci, and Puma, footballers have had the chance to make a sizable living.

DESIblitz looks at which football stars take a position among the 22 richest football players in the world. 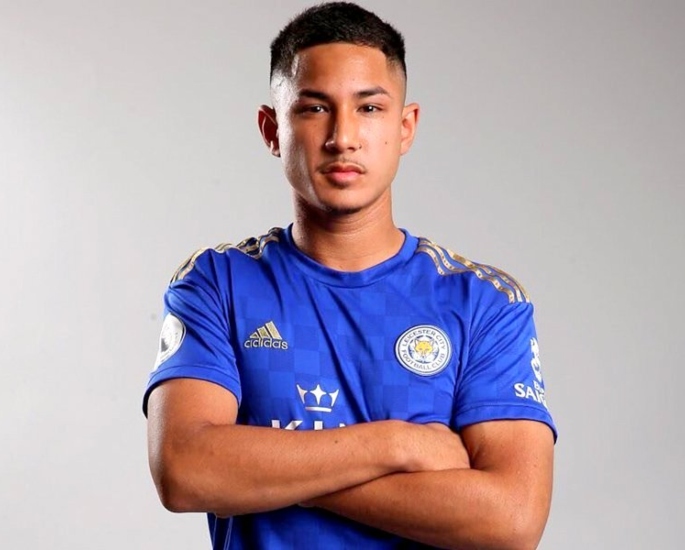 Faiq Bolkiah plays for Thai club Chonburi and was at the academies of English sides Southampton, Leicester and Chelsea.

The footballer grew up in England after being born in the United States.

He has also captained Brunei’s national team and spent time playing for Maritimo in Portugal.

However, before assuming that the Thai League pays well, it is Faiq’s family connections which account for his wealth.

Bolkiah is the son of Brunei’s prince Jefri Bolkiah, while his uncle Hassanal is the Sultan of the oil-rich kingdom. 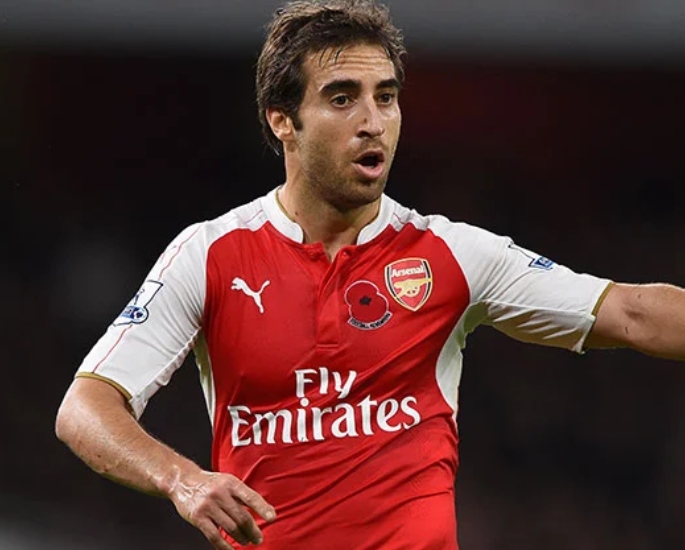 The unheralded former Arsenal player has done very well for himself after football as he is the co-founder of GF Biochemicals, the first company in the world to be able to mass-produce levulinic acid.

The acid is a molecule made from plant waste that can be used as a substitute for petrol.

He runs the company with partner Pasquale Granata.

With a believed net worth of over £10 billion, he is worth more than his former club. 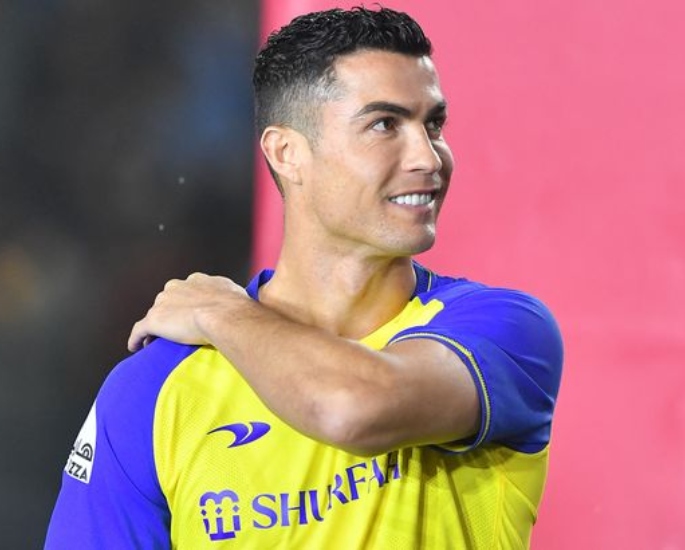 With an Instagram following of 527 million, Ronaldo can attract huge sums for his endorsements. He’s been one of the richest football players in world for over a decade.

Arguably he is now a more valuable commodity to corporate business than he is to football managers.

His departure from Manchester United before the 2022 World Cup left a sour taste in his mouth, and his dream of lifting the famous trophy in Qatar also ended in tears.

As a free agent, the world was seemingly his oyster, but after the Manchester United debacle, other European teams steered clear of the five-times Ballon d’Or winner.

In December 2022, Saudi club Al-Nassr opened their wallet and snapped up Ronaldo for a reported £177 million per year – the equivalent of £3.3m per week.

His salary will be around £62 million of that figure, with the rest made up through image rights and commercial deals. 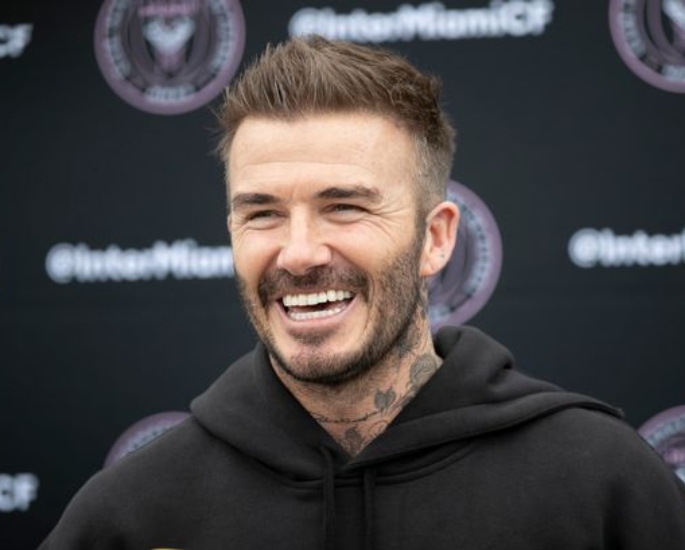 A worldwide superstar, the Inter Miami co-owner came through the Manchester United academy with the Class of 92.

Beckham was a Galactico at Real Madrid and also played for AC Milan, LA Galaxy and Paris Saint-Germain.

His marriage to Victoria ‘Posh Spice’ Beckham helped him become a fashion icon.

The global icon continues to be in demand long after he retires from playing.

His endorsements include H&M, Tudor, Haig Whiskey, Armani, and Breitling and he was reportedly paid £10 million to be an ambassador for the Qatar World Cup. 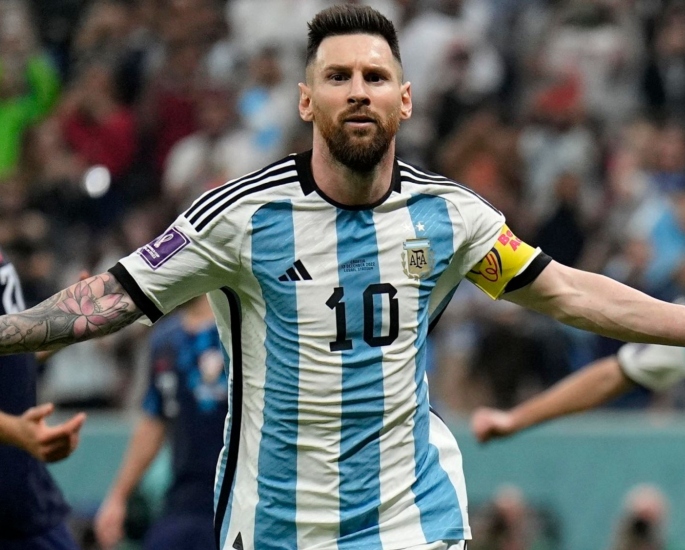 World Cup winner Messi has lit up the game since making his professional debut in 2004 and claimed almost 1,000 goal contributions at Barcelona before moving to PSG in the summer of 2021.

A dazzling dribbler, Messi is considered to be the greatest player of all time.

However, in this particular list, he finds himself behind rival Cristiano Ronaldo.

His contract at PSG is worth a reported €3.375 million a month, plus he’s also got long-term deals with Adidas, Pepsi, MasterCard and Budweiser.

Now with a World Cup under his belt, Messi has probably reached the pinnacle of his career on the pitch. 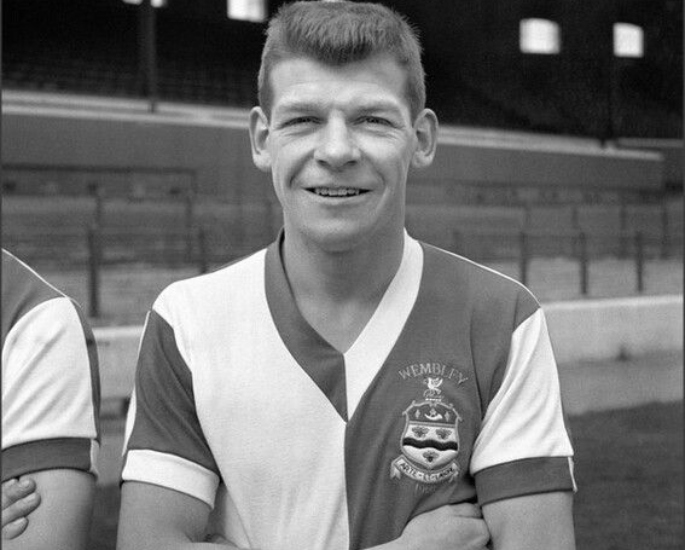 The former Wigan Athletic owner was a full-back with Blackburn and Crewe before making his fortune with JJB Sports.

A leg break in the FA Cup final helped his transition to the retail business.

He already had a market stall before he hung up his boots at the age of 30.

He bought Wigan Athletic in 1995 and helped them rise from Division Three to the Premier League, winning the FA Cup in 2013. 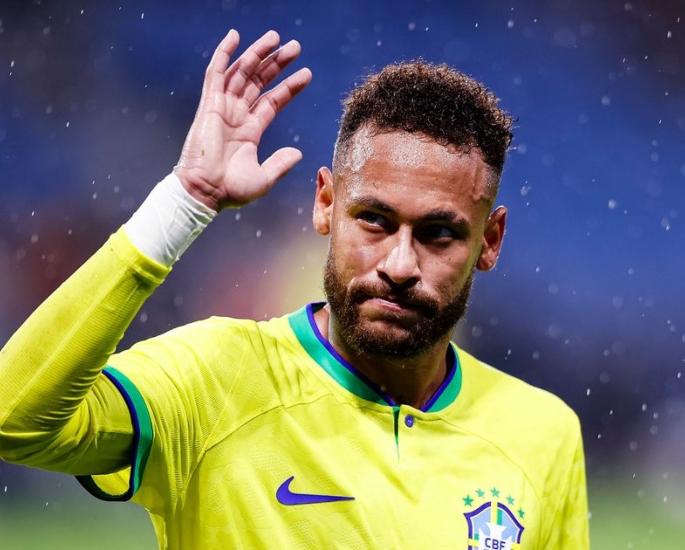 A worldwide superstar, the PSG winger has won almost everything there is to be won at the club level, apart from the Champions League.

Instantly recognisable around the world, he was made the world’s highest-paid player when moving to Paris.

Add in endorsements, massive sportswear deals with Nike, Puma, and two film appearances all add up to a mighty £161 million. 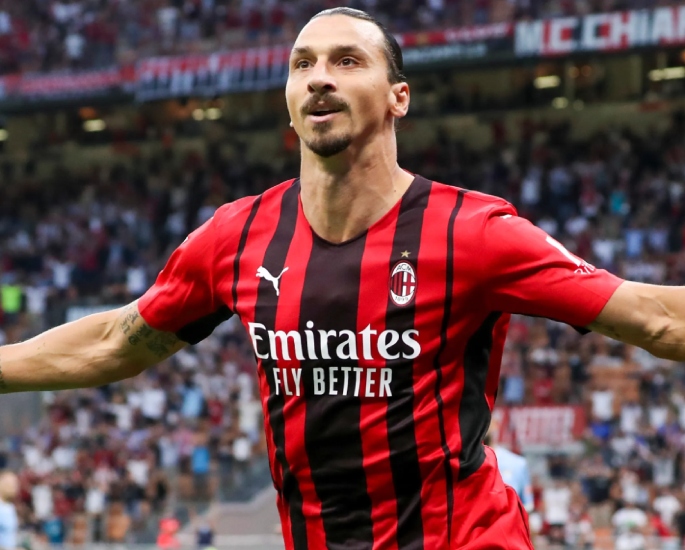 Even at the age of 41, Zlatan is still performing at the top level with AC Milan in Serie A.

Massive salaries, a hugely successful autobiography and never-ending endorsements have seen Zlatan amass a fortune to rival his ego. 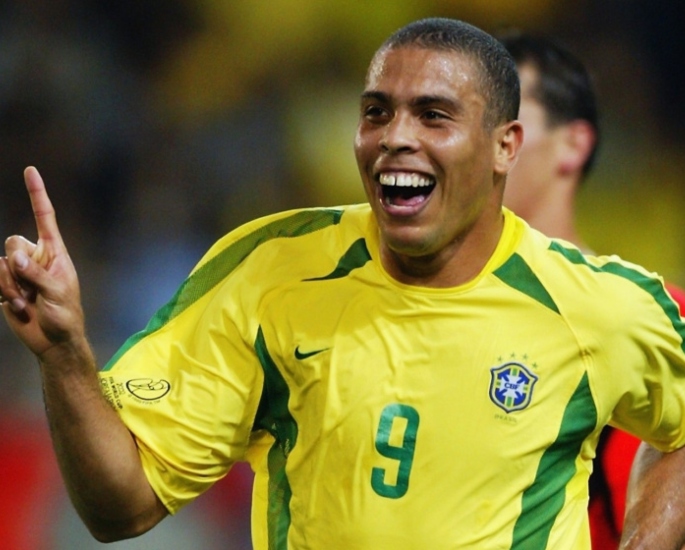 The original Ronaldo, or R9 as he is now called, was one of the best finishers the world has ever seen.

He hit 295 goals in a club career that took in Inter and AC Milan plus Spanish giants Real Madrid and Barcelona.

Scored 62 for Brazil with whom he also won the World Cup and has gone on to forge a successful career in business.

The majority shareholder in Real Valladolid, he also owns the Brazilian side Cruzeiro. 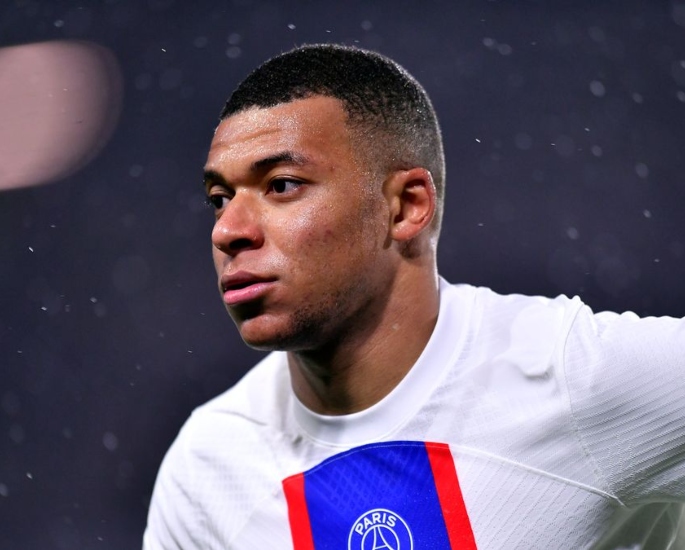 As one of the top talents in the beautiful game, the 24-year-old is already one of the richest football players in the world.

Mbappe signed a contract extension in May 2022, which reportedly will take home £630m in gross salary over the three-year deal.

His healthy net worth includes deals with Nike, EA Sports and Hublot, but expect that to increase as he now has much greater power over his image rights. 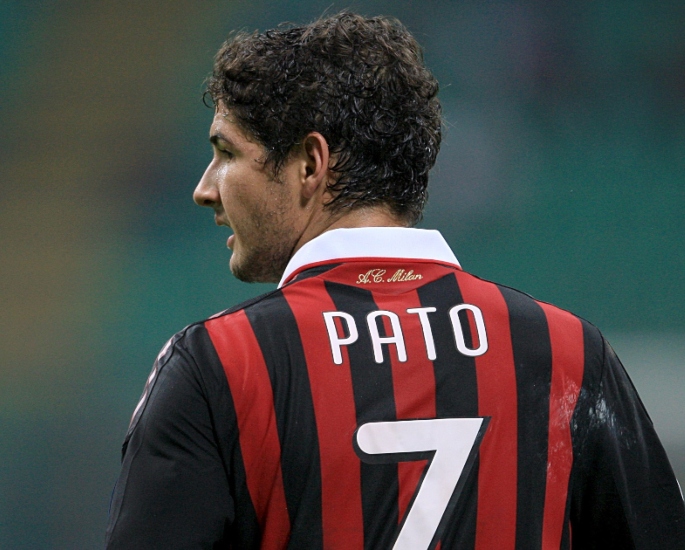 Still, only in his early 30s, Pato’s career has taken him to Italian giants AC Milan, Sao Paulo (loan), Corinthians, and Chelsea (loan).

He’s also played at Villarreal, Chinese club Tianjin, back to Sao Paulo and then on to the MLS with Orlando City.

The majority of Pato’s net worth comes from savvy investments, sizable property holdings and lucrative endorsement deals with CoverGirl cosmetics.

The 33-year-old also owns a chain of burger restaurants in Brasilia, a vodka brand and a fashion line. 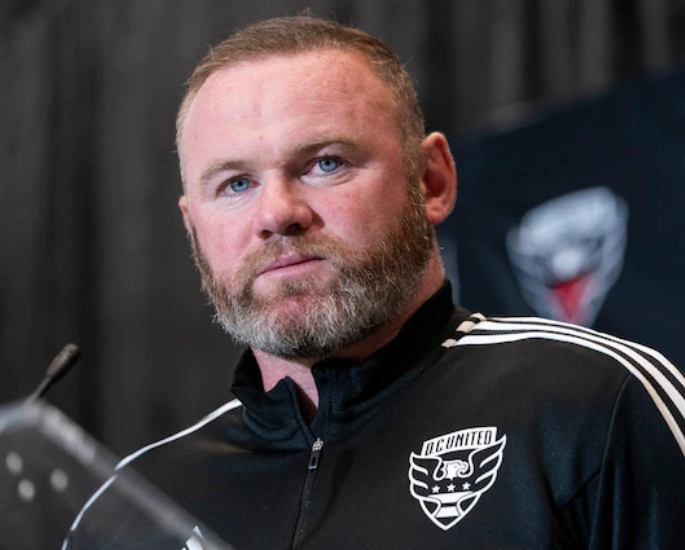 Still the leading scorer for England and Manchester United with 51 and 253 goals, respectively, the DC United head coach is reported to have a net worth of £117 million.

Contracts, including a lucrative spell in MLS, endorsements and image rights account for his huge wealth.

Whilst manager of cash-strapped Derby County, he deferred his wages to allow the players to be paid. 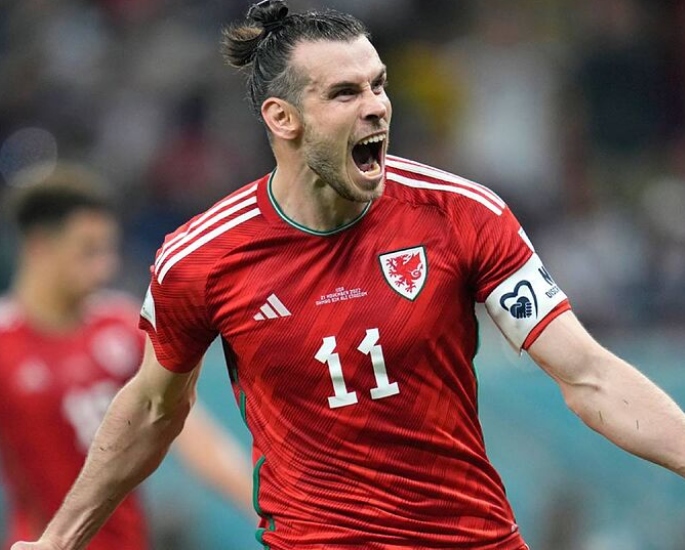 A superstar at Spurs before joining La Liga’s Real Madrid, Bale was reportedly on an annual wage of around $30 million while in Spain.

He has made a lot of his loot from endorsements deals with several companies in his career including Adidas, EA Sports, Lucozade and BT Sport.

His enormous wealth means he will easily be able to fund a transition to his main love, golf, once his playing career is over now he has officially announced his retirement. 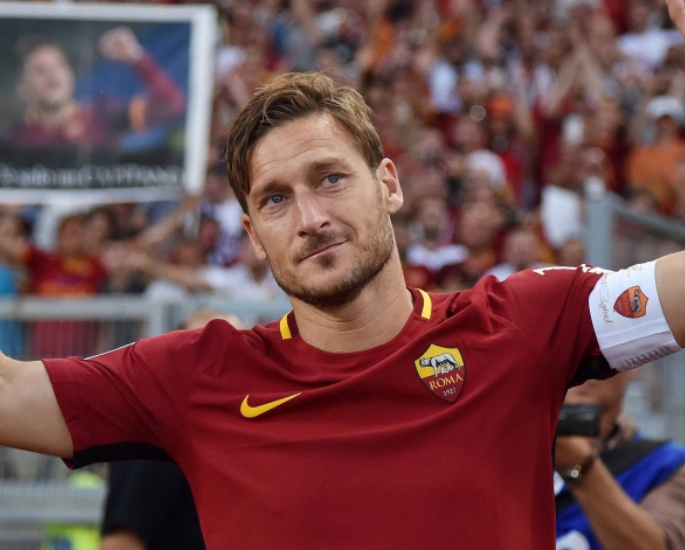 The ‘King of Rome’ joins the rich list despite playing for one club for his entire career.

At the club level, Totti only won the Serie A once and two Coppa Italias, so he’s not high on the list when it comes to silverware compared to others.

Although he does have a World Cup in his pocket, so one ahead of Ronaldo there.

The Italian equivalent of David Beckham is a goodwill ambassador for UNICEF and spends a lot of his time working for charity.

As a player, he had many endorsement deals including Nike, Pepsi, Fiat, EA Sports and several modelling deals. 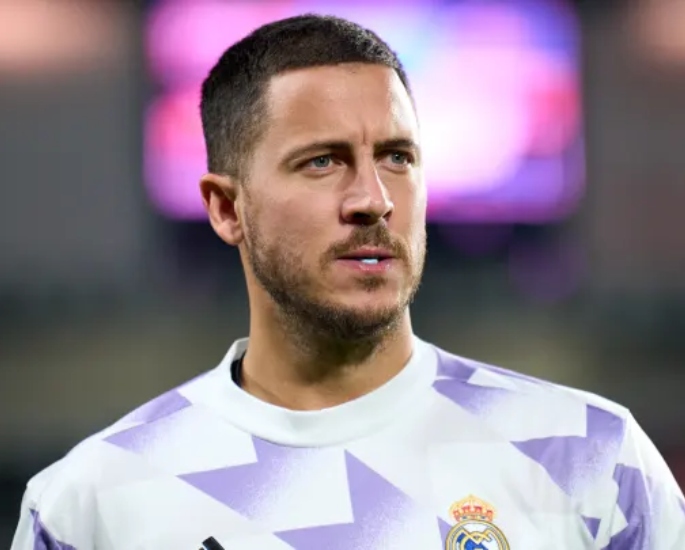 The Real Madrid winger is best known for his spell with Chelsea which saw him win the PFA and Premier League Player of the Season award in 2014/15.

He has won the league in France, England and Spain and was the captain of Belgium, for whom he has appeared over 100 times since making his debut in 2008.

He hasn’t hit heights at the Bernabeu but has been able to take his net worth to £80 million thanks to a huge contract and endorsements. 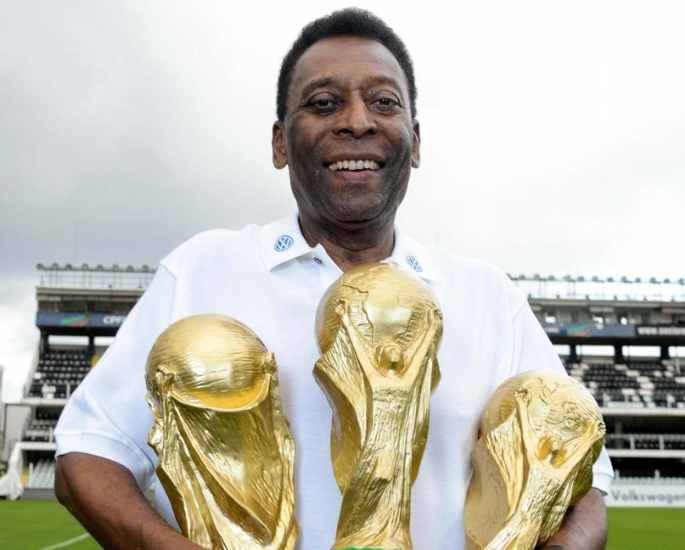 It may come as no surprise that Pele is among the richest football players ever.

Pele was not able to generate huge wealth during his career despite a lucrative spell with New York Cosmos in the North American Soccer League.

However, he traded off his name since, building up a sizable sum of advertising.

Pele passed away in December 2022 after a long fight with cancer. 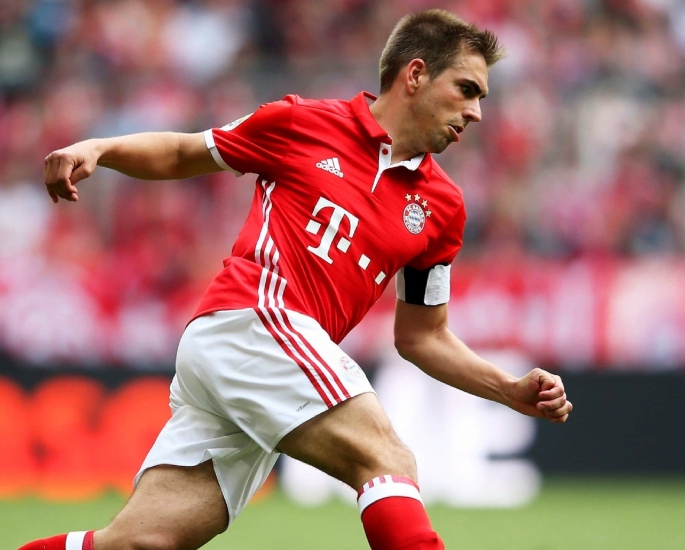 The former Bayern Munich defender played over 700 times for club and country.

His 113 caps for Germany put him in the top 10 for his nation and he captained his country to World Cup glory in 2014 before announcing his retirement from international football days later.

He won 21 honours for Bayern, including eight Bundesliga titles and was never sent off once.

A book deal, endorsements and a huge annual contract at Bayern account for most of his wealth. 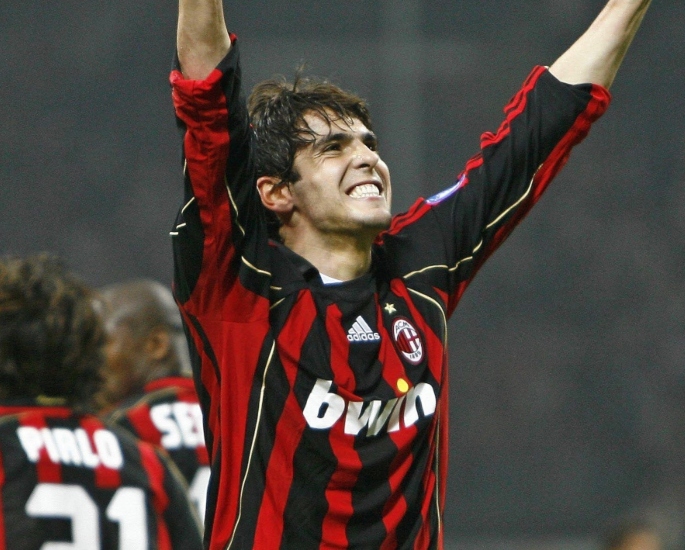 Brazilian Kaka was an attacking midfielder who possessed incredible ability on the ball, lighting up many a game.

A former AC Milan and Real Madrid player, Kaka won pretty much all there was to be won.

Lucrative spells at Milan, Madrid and latterly with Orlando City in MLS mean the Brazilian has plenty of money to spend on his two passions, real estate and cars. 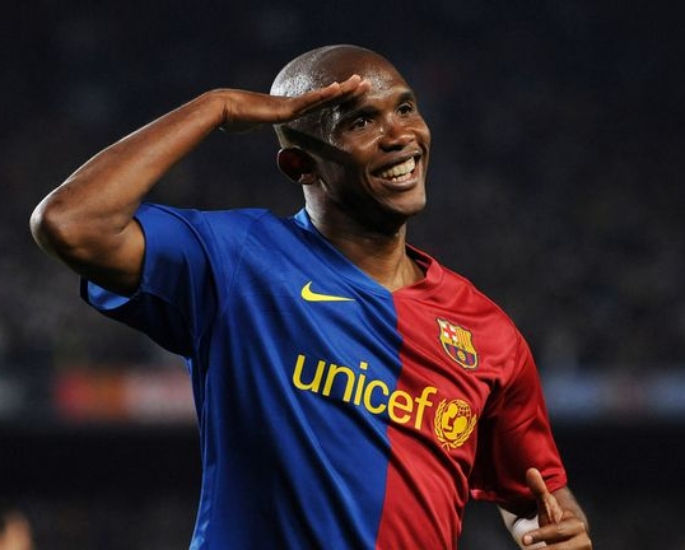 Eto’o, a football striking legend, is best remembered for his time at Barcelona, where he struck 130 times between 2004 and 2009.

Eto’o won Olympic gold and the Africa Cup of Nations with Cameroon in 2000 and the AFCON again two years later, the Copa del Rey with Mallorca in 2003, eight major honours at Barcelona and another five at Inter Milan.

His former clubs also included Qatar SC, Turkish teams Antalyaspor and Konyaspor and Russian outfit Anzhi Makhachkala, earning him some huge paydays in the twilight of his career.

Eto’o is now president of the Cameroon football federation. 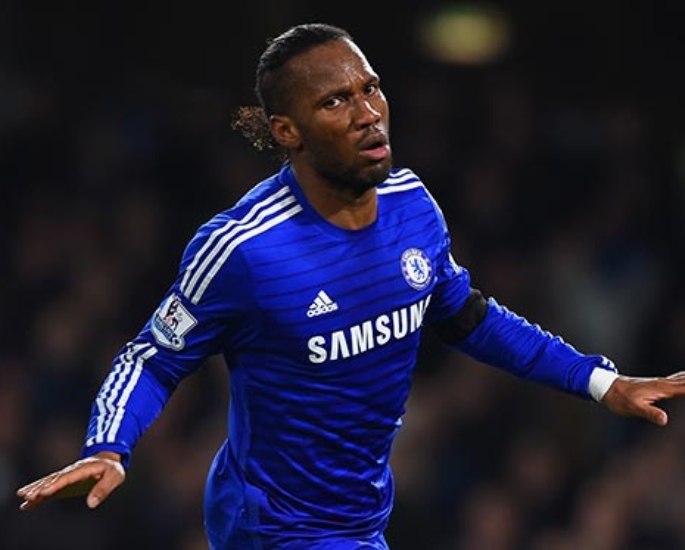 An Ivorian and Chelsea legend, striker Drogba remains one of the best finishers to grace the Premier League.

In the European competition, he scored the goal to take the match to extra time before converting the match-winning penalty.

Drogba scored 65 times for his country and almost bagged 300 times at the club level.

His outstanding career had lucrative spells in China and Turkey and ended at the age of 40 at USL side Phoenix Rising. 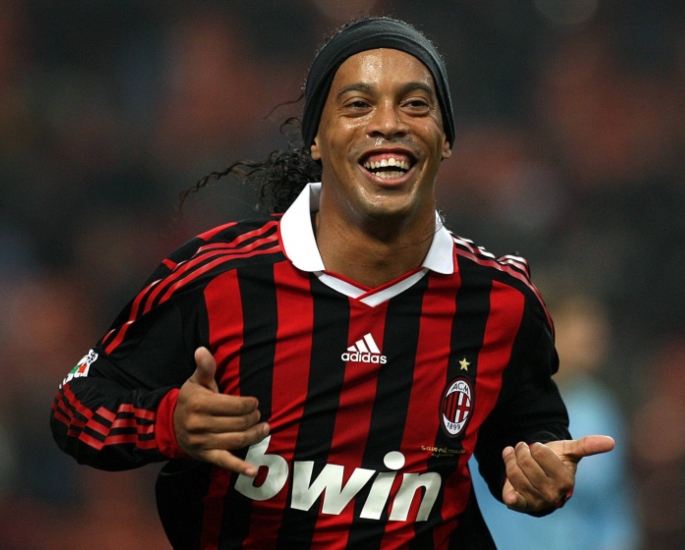 Among the richest football players in the world is Ronaldinho.

A footballing icon who got fans from around the world off their seats when representing his country and clubs such as Barcelona and AC Milan.

A face of Nike adverts, his commercial from the mid-2000s where he puts his boots on, juggles the ball to the edge of the box and then hits the crossbar five times was the stuff of legends. 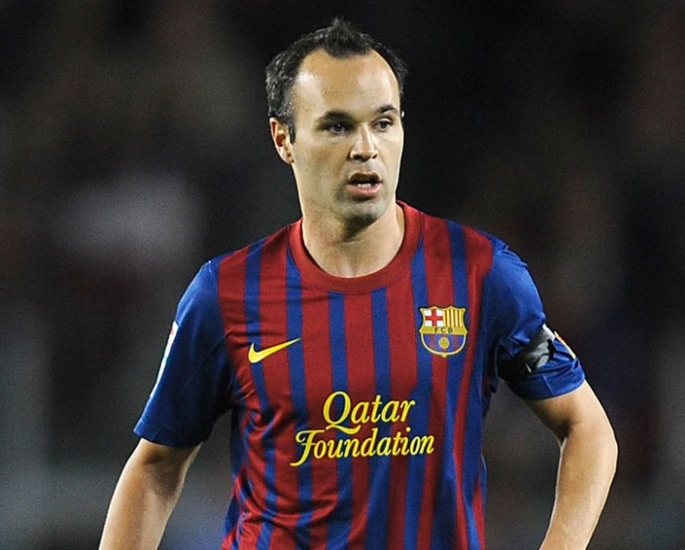 A Barcelona and Spain legend, Iniesta has won everything there is to be won for club and country, which included a four-year period in which Spain won a World Cup and two European Championships.

Iniesta is still playing in Japan for Vissel Kobe.

Here, he earns a yearly salary of around £24 million, making him one of the highest-earning footballers in the world.

Whilst many football players earn enormous salaries, and are some of the highest-paid athletes in the world, their dedication to the sport can consume their entire lifestyle.

Many of the world’s greatest found their footballing skills as young as infants, having trained every day of their lives since that moment.

Not only this but scouting talent far and wide by the sport’s high-profile football teams and rich owners means granting a life-changing wish to many talented players.